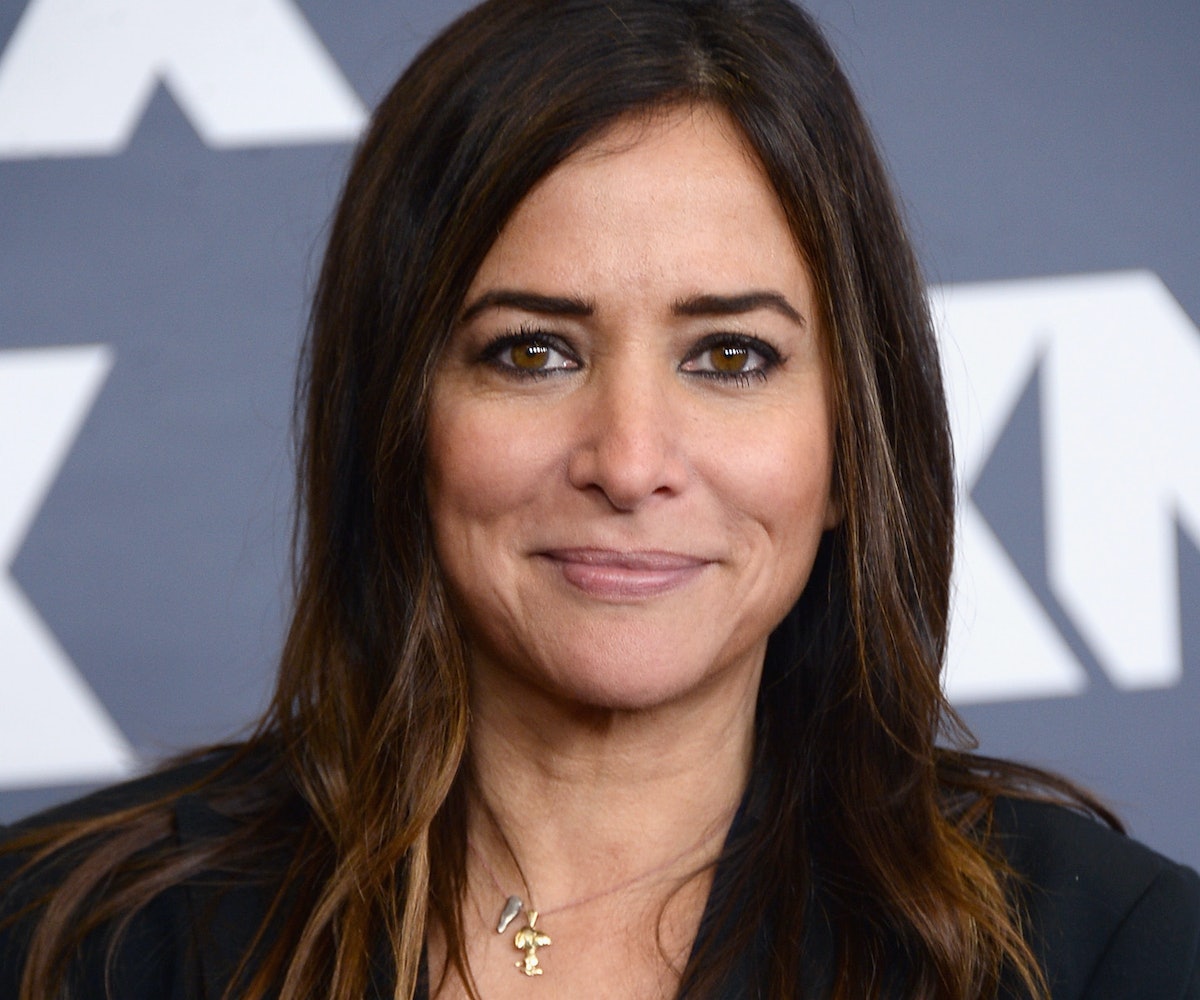 Pamela Adlon has spent the majority of her life in show business. A regular face on '80s sitcoms like The Jeffersons, Growing Pains, and The Facts of Life, Adlon is probably more recognizable for her spitfire performances on shows like Californication, and most recently on the FX hit Louie. It's her affiliation with that show, and with its creator and star Louis C.K. in particular, that has put Adlon in the somewhat unlikely position she currently finds herself in as the star and auteur of her own FX comedy, Better Things.

The premise for Adlon's show, which she co-created with C.K., is simple: She plays a working mom trying to raise three daughters on her own. But because Better Things borrows largely from Adlon's own life, her character, Sam Fox, is also an actress, scraping her way across the lower rungs of Hollywood, through sterile audition rooms and voice recording booths (Adlon herself is a prolific voice actress). The show, most of which is written and directed by Adlon, is loose, minimalist, and deeply observant, zeroing on the minutiae of finding that trembling balance between work and single motherhood. We spoke to Adlon recently about how this rare gem of a television show came to be, the fine art of casting child actors, and the special kind of torture that is the auditioning process.

How does it feel, after all this time in show business, to finally have your own show on a prestige network like FX?

It's an amazing feeling. There's always windows of opportunity in your life, and this was just the right time. I've been working forever, but it's been a lot on the periphery. Of course, there's a fear of, "Oh, we're doing a show with me in it, and I'll get right to the starting gate, and they'll be like, 'You know what? I think Amanda Peet would be better playing the part, but can you still write and produce the show.'"

Can you pinpoint a specific moment in your life that led to Better Things happening?

Things would go in ebbs and flows in terms of my career. I think it's definitely due to my collaboration with Louis C.K. and FX. Because they were looking for a project for a woman, they decided to give me a shot which of course made me very fearful because I don't want to let anybody down. I never really walked around my life going, "I'm a woman! This is who I am!" But the responsibility of being the whole "I am women, I am diversity" thing is funny to me because I'm looking around at everybody going, "You guys think I'm a woman? This is great!" I've always been an alternative person in certainly the way that I feel about myself and view myself.

What do you mean when you say "alternative person"?

I'm not a very feminine lady. I am just a regular girl like everybody else and just a regular person, a regular actor. I'm like the guy who punches the time card kind of person. I never really had aspirations to be a star or anything like that.

There’s a glut of new television shows featuring women who are both the creators and stars. How do you account for this?

It's the time that we're in, where people are maybe a little bit bored of men being the one go-to voice in everything. Women are far more interesting than men in a lot of ways. We also tap into to a lot more emotions and feelings and details than men. So it just seems like the new natural order.

The show borrows many details from your own life, so it feels like you made great use of that old adage, “Write what you know.” Did things come easily to you because of that?

Absolutely. My dad used to always say, "Write what you know," and that's what I've told my daughters throughout their whole lives in school and when they write their own things and then when they keep a journal—be your own witness. And so I'm a witness to my life and to my friends and my daughters. I'm telling these particular kinds of stories, and then I'm telling stories that have a deep particular meaning to me.

Both you and Louis C.K. have struck gold by casting these amazing girls that play your daughters on your respective shows. How do you find such talented child actors?

My casting director Felicia Fasano, who's also a dear friend of mine, went through over 2,000 submissions, apparently. And she knows what my sensibility is and that I needed it to really feel authentic, and there had to be something extra about each of the girls that were going to play my daughters.

How much do the parents play a role in who you cast? If the kid is really great but the parents are overbearing, does that play a factor?

One hundred percent! The parents must not suck—they cannot suck. It's really true. You should see a kid actor's parents before you even see if they can read.

How is acting alongside child actors different from acting opposite adults?

It's completely different. You have to honor the stage they're at and the age they’re at. In terms of life experience and work experience, they're not anywhere near where I am or the rest of the actors who come in are. To get them to say things that they may not say in their real lives, or to an emotional place, it's a lot of work and a lot of care. I remember sweating my balls off one day to try to get one of the girls to a certain place, and kids get tired, or they haven't eaten enough, or they've been hanging around too long, and you just have to factor all of that in. And then, at the end of the day, I would just say to them, "I'm not going to stop until we get it and you can trust me, you have to trust me." And they did.

There’s a scene in the pilot where you’re texting with a mysterious lover and it’s very effective. Did you relish being able to use texting as a dramatic device?

Yeah, I'm a big texter. I prefer texting to speaking on the telephone. It's such a huge part of everyday life. I had to put it in, and I can't run away from it because it's being portrayed in other shows and films. Everybody needs to put it in somehow.

You portray the unglamorous side of Hollywood—the world of bit parts and auditioning—with great familiarity. What has been your real-life relationship to that world, specifically with auditioning?

I did it for so many years that it just became a thing like, do I even have a shot? And I would just tell my reps, "They're going to want somebody really pretty, don't make me go in." And then I would say, "I'm too old for this, don't make me go in." And then when I do eventually go in for things, I end up kind of looking around, and there's a cool blonde actress on the other side of the wall, and you can hear it because the walls are thin, and I'm like, "Why am I even practicing?" There's no reason. They're going to cast the cool blonde actress.

Can it be demoralizing being that world, in the sense that you’re around so much fame and success without actually achieving it yourself?

I've just been doing it my whole life, and recognition ebbs and flows. I've already been on a major television show when I was a teenager. And then I didn't have a job, so I went and worked in a flower shop and I went and I passed out flyers and I went and I worked in a clothing store. And I remember one of my agents at the time walked into the flower shop I was working in and he said, "What are you doing here?" And I'm like, "I work here, how about you get me an acting job?" It's a very confusing thing because people look at you and say, "Oh the money must be pouring in." And the reality is completely opposite.

You’ve done a lot of voice-overs. Are those gigs as great as they seem?

Oh yeah. That's the holy grail. Everybody wants in on that. That's the best, best, best job in the world. That's my bread and butter. People know your abilities and when that work starts coming in, it's the greatest thing in the world because it doesn't take up all your time. You can raise your family, you're providing for your family, and it's mostly incredibly fun.