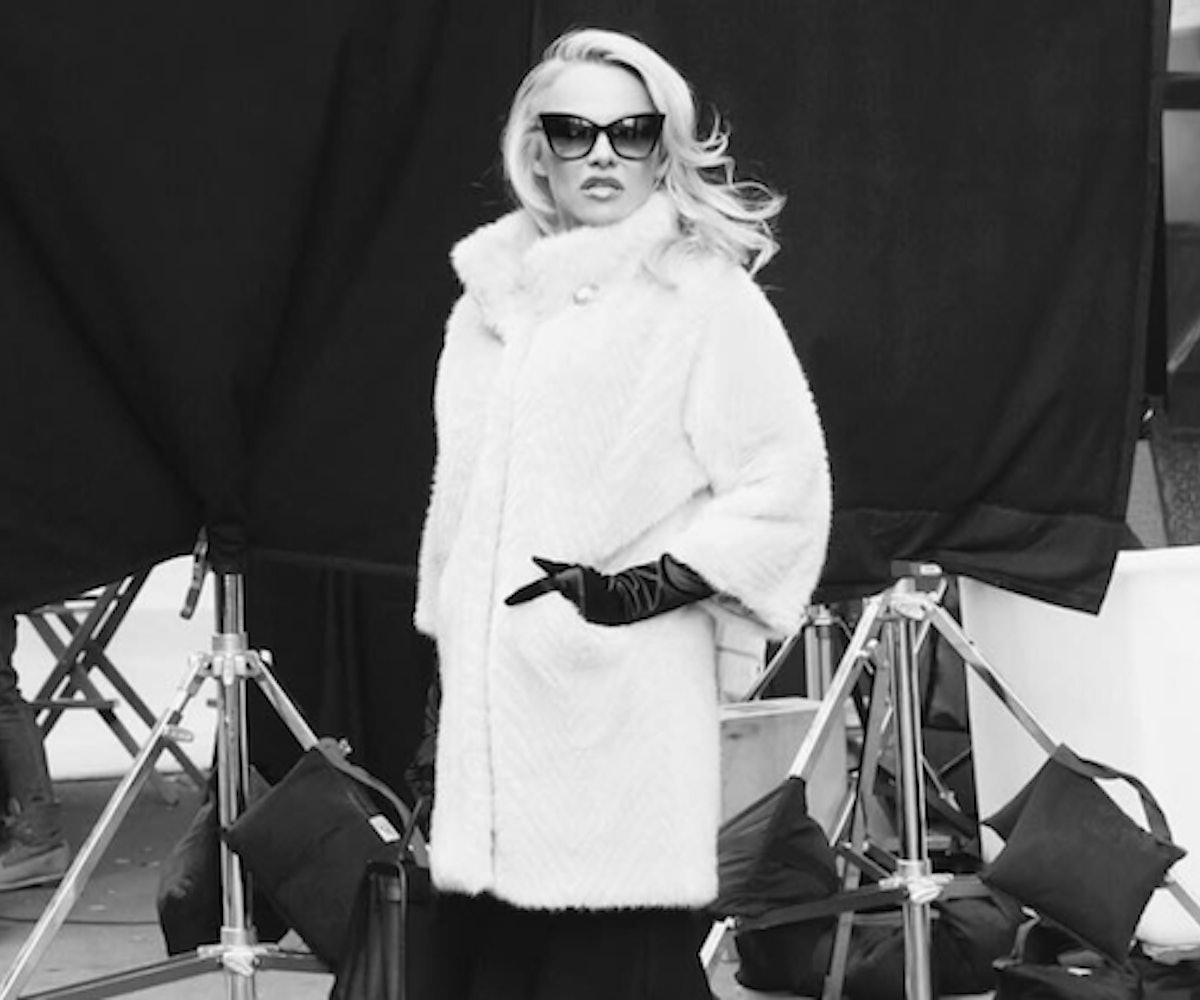 Last Thursday, actress Pamela Anderson went on Megyn Kelly Today to give her perspective on sexual harassment. To put it mildly, many found her comments—which included that women should "know what they're getting into"—quite problematic. Far from backing down or apologizing, though, Anderson is now arguing that her comments are exactly what need to be said and that she stands by her commitments to help protect the vulnerable.

In case you missed it, Anderson told Kelly, "It was common knowledge that certain producers or certain people in Hollywood are people to avoid, privately. You know what you're getting into if you're going into a hotel room alone." She added:

Don't go into a hotel room alone. If someone answers the door in a bathrobe, leave. This is things that are common sense, but I know Hollywood is very seductive and the people want to be famous. Sometimes you think you are going to be safe with an adult in a room. I don't know where this security comes from, but somehow I dodged it all.

Anderson also included that she found disgraced Hollywood producer Harvey Weinstein intimidating and he threatened she'd never work again after she objected to filming with a dog in Superhero Movie.

Anderson responded to the backlash she faced for saying that women bear responsibility for being harassed via Instagram on Friday, saying:

We have the power to be safe and free by using common sense. My message is consistent throughout—I'm a deep thinker / I have a unique perspective. And consequence is part of my life. This is great. I am also an advocate for men. I just don't agree with it all. Backlash is good. I like this. My position is not 'problematic' because I doesn't fall in line with the common herd or trend. I'm trying to tell women as a survivor of childhood abuse myself - It is important to be proactive as an adult who knows better - in defending themselves. Don't get in cars with strangers #rideresponsibly-Don't go to Hotel rooms alone for an audition. Women are powerful and smart and we can use all our charms in more positive ways. I think it’s very smart to be proactive. And I stand by what I say.

In another post, she also railed against accusations of "victim blaming," saying, "I think this narrative of 'victim blaming' and 'lack of solidarity' is trying to coerce me (and others) into consensus on something that should be debated and discussed broadly."

Anderson's arguments share some similarities with actress Mayim Bialik's essay on sexual assault, which also faced heavy backlash (and defensiveness from the author). Both argue, in a nutshell, that women shouldn't be naive about the realities of the world around them. But what both women don't address is that these arguments put the blame on the women who are assaulted, rather than the abuser, and ignore the very real power dynamics that exist and must be considered. Like, can a young, unknown actress really say no to a meeting with a powerful movie producer? Can they make demands about the place they meet and who is there?

It is an insult to assume that women walk into these situations completely air-headed and naive. We can't do most things without thinking about sexual assault, be it parking or going out at night or even just getting dressed in the morning. Women already are proactive, but it places an undue burden on us, and takes away men's responsibility to, you know, not be predators.

The thing is, sometimes women feel like the risks taken are worth the potential gain. Like, maybe it's worth it to wear an outfit that might get a lot of attention, because you feel good in it. Or maybe it's worth coming home late at night, because you wanted to see your favorite band play. Or maybe it's worth going to a hotel room meeting, because you really want a job. Because what happens when you say no to everything? You don't feel good, you don't see your favorite band, you don't get the job. You don't go anywhere. We have no good choices sometimes, we only have good compromises, ones we reach after lots of thought and consideration. Which is why the argument shouldn't be to smarten up—we are plenty smart, thanks. What we need is for men to start being as smart as we are. What we need is for men to start considering the consequences of their actions, and the fact that if they harass or abuse or assault us, they will suffer. They won't feel good. They won't get to keep their jobs. So smarten up, men. It's about damned time.