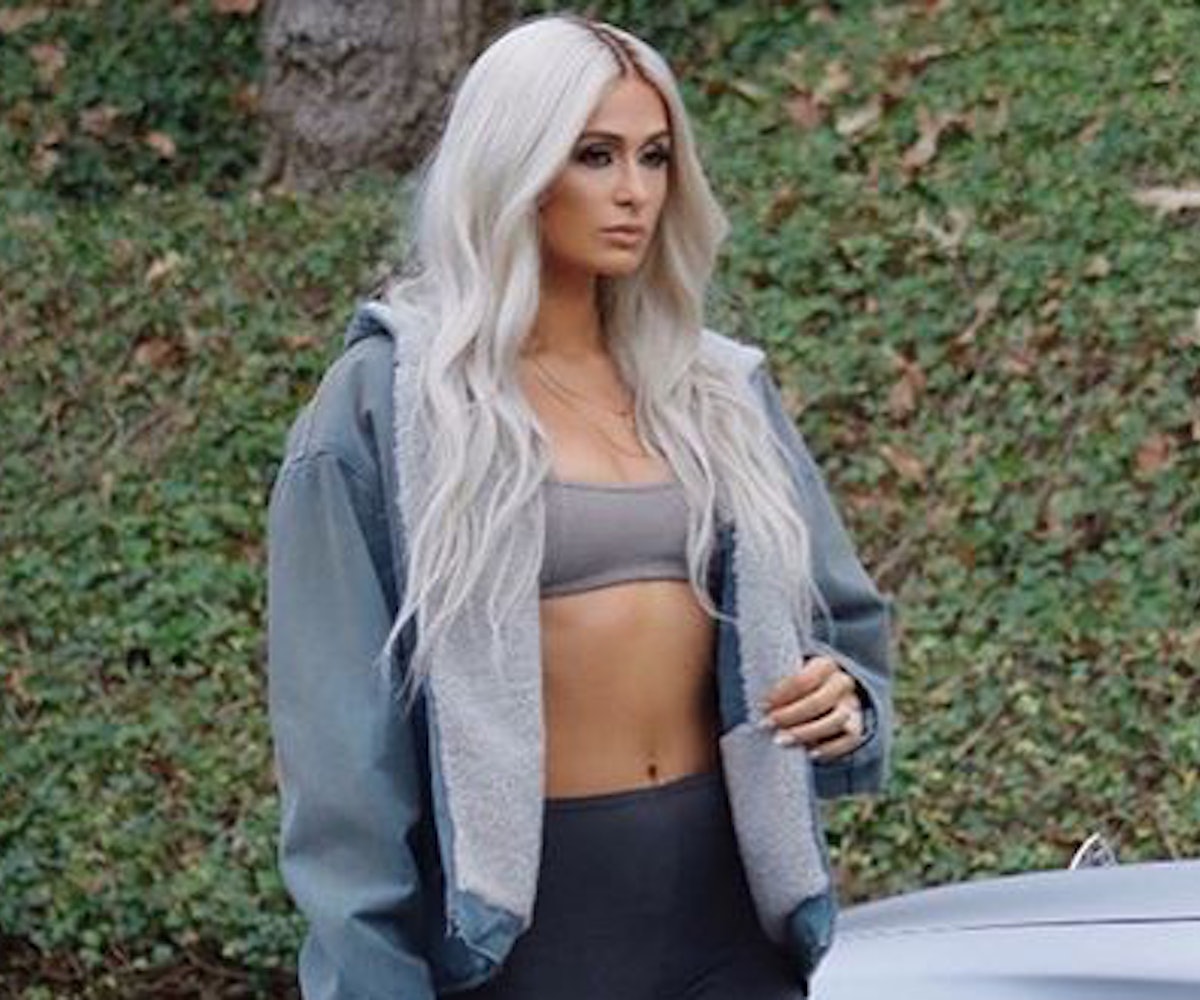 Instead of taking his show to NYFW this year, Kanye West decided to roll out looks from his new collection, YEEZY Season 6, on Instagram. The release served as a follow-up to the collection's first campaign, which starred Kim Kardashian, and was modeled by bevy of models and influencers including Jordyn Woods, designer Sami Miro, and adult film star Lela Star. The catch? The models wore the exact outfits and hairstyles as Kardashian did for the first campaign. Talk about seeing double.

And though the new campaign surprised many, the addition of one model in particular sent the internet into overdrive: Kardashian's former BFF and boss, Paris Hilton.

In 2006, before Kim Kardashian was, well, Kim Kardashian, she worked for Hilton as her wardrobe organizer. Since then, the two have had a pretty rocky relationship: Hilton once claimed that she “created” Kardashian's career, and also said her butt looked like “cottage cheese stuffed in a trash bag.” But now, it looks like the two have worked out their friendship in the name of fashion.

But the irony of the situation wasn't lost on Twitter:

"15 years ago Paris Hilton dissed Kim K's ass by saying it looked like cottage cheese," wrote one user. "And now Paris is appearing in Yeezy ads dressed like Kim so she can be relevant. Lol."

The moral of the story is, the internet always keeps receipts. What a time to be alive, indeed.