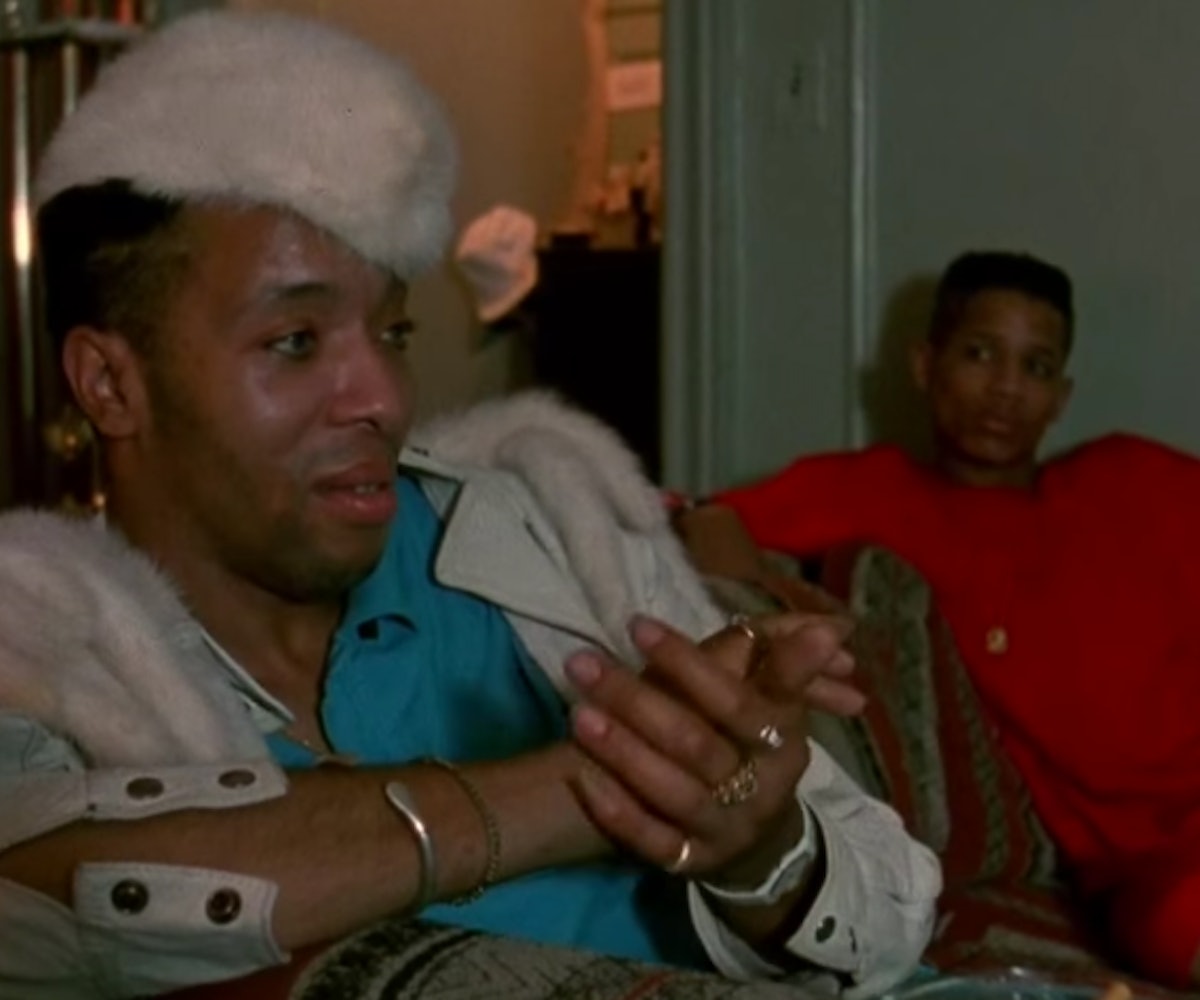 When I first watched Jennie Livingston’s documentary Paris Is Burning (1990), I found myself in awe of everything on-screen. The groundbreaking film sheds light on that era's black and Hispanic LGBTQ+ community in New York City and their lives in the underground drag ball competition scene of Harlem; it carries with it a fundamental wisdom about the very meaning of humanity. Not only that, but it reveals (and revels) in the glamorous world of drag culture, something that few viewers might have been aware of without this documentary.

Whether or not you think you're familiar with drag culture, the fact is, you are. Watching Paris Is Burning will immediately demonstrate how integral it is to current pop culture; this is where “voguing” and “YASS QUEEEEN!” were born—even if you only know about these things because of mainstream icons like Madonna, Lady Gaga, and repeated viewings of Broad City. Beyond that, though, watching this film is akin to partaking in a religious experience, from the mesmerizing choreography to the striking features of the contestants’ bodies; watching a drag ball can easily invoke an impression of sacred, ancient ceremonies, like that of dancing deities.

For ostracized minority groups, the drag balls of Harlem served as a platform where every person could reclaim the territory to exhibit who they are, in forms they were denied elsewhere—socially and economically. One of the categories in these dance competitions, Executive Realness, was named after the types of privileges dominated by white heterosexuals (often males) in the workforce, such as the position of an executive or CEO.

Drag diva Dorian Corey touches on this in one segment of the film, saying:

In real life, you can’t get a job as an executive unless you have the educational background and the opportunity. The reason you aren’t an executive is because of the social standing of life. Black people have a hard time getting anywhere, and those that usually do, are usually straight. But in a ballroom, you can be anything you want. You’re not really an executive, but you can look like one.

The film isn't all glitz and shiny surfaces, of course; it also reveals the darker realities of many of its subject lives, including how difficult it can be to simply survive—something that continues to be a huge problem for queer, and especially trans, people in America, even in 2017.

Paris Is Burning reveals the many ways in which gay communities of color have constructed their worlds in order to cope with their oppressors, and it's a glorious experience to watch it and think about how the lessons it imparts can apply to all of our lives today. Thanks to some benevolent queens from a 27-year-old documentary, I’ve learned, and since then have continued to relearn, a few simple things about how to be a human being. Here are some key things that Paris Is Burning has taught me.

It’s not just about winning, but about giving too.

To look out for each other, even on the sidelines, is something that contestants in the documentary uphold, as rivals may also be treated as family members. One of the original queens of the Harlem drag balls—Pepper Labeija—had won more than 250 trophies in her lifetime and yet has no interest in personal gain; instead, she cares about the community at large. Or, as she puts it: “If I had the riches or the fame, I’m very generous. I wouldn’t enjoy having a whole lot of money, like being a billionaire. I’d share it with all my loved ones because I’d want them to have it too. We’d allll fly to Paris.”

Have something to offer in order to lead.

In ball culture, participants belong to groups known as “houses.” Naturally, the mothers of the house are known as the hardest workers and, as such, get the most respect. In these communities, it’s acknowledged that not everyone is fit to lead or represent others, and those who do lead are distinguished by experience and their ability to take care of people. Wouldn’t it be great if the rest of the world (cough, looking at you, White House) was designed this way, too?

Pay attention if you want to throw some good shade.

Having a good read, namely, employing a keen sense of observation, especially of someone’s mannerisms, is the best way to throw shade at them. (Throwing shade is a key part of drag ball competitions.) Reading someone refines one’s ability to retain, recall, and reflect. In short, knowledge is power, and this is a good lesson to apply to all areas of your life.

Pay your dues, and enjoy it.

“Everyone wants to leave an impression or mark on the world. Then you think you leave a mark on the world if you just get through it. You don’t have to bend the whole world, it’s better to just enjoy it.” —DCorey

Grandiose ambitions can often create tunnel vision amid our hurried journey to “become somebody.” We’re all given our own deck of cards, but we have no choice but to play with other people. Sometimes just being alive and living it by being true to yourself is all that counts.