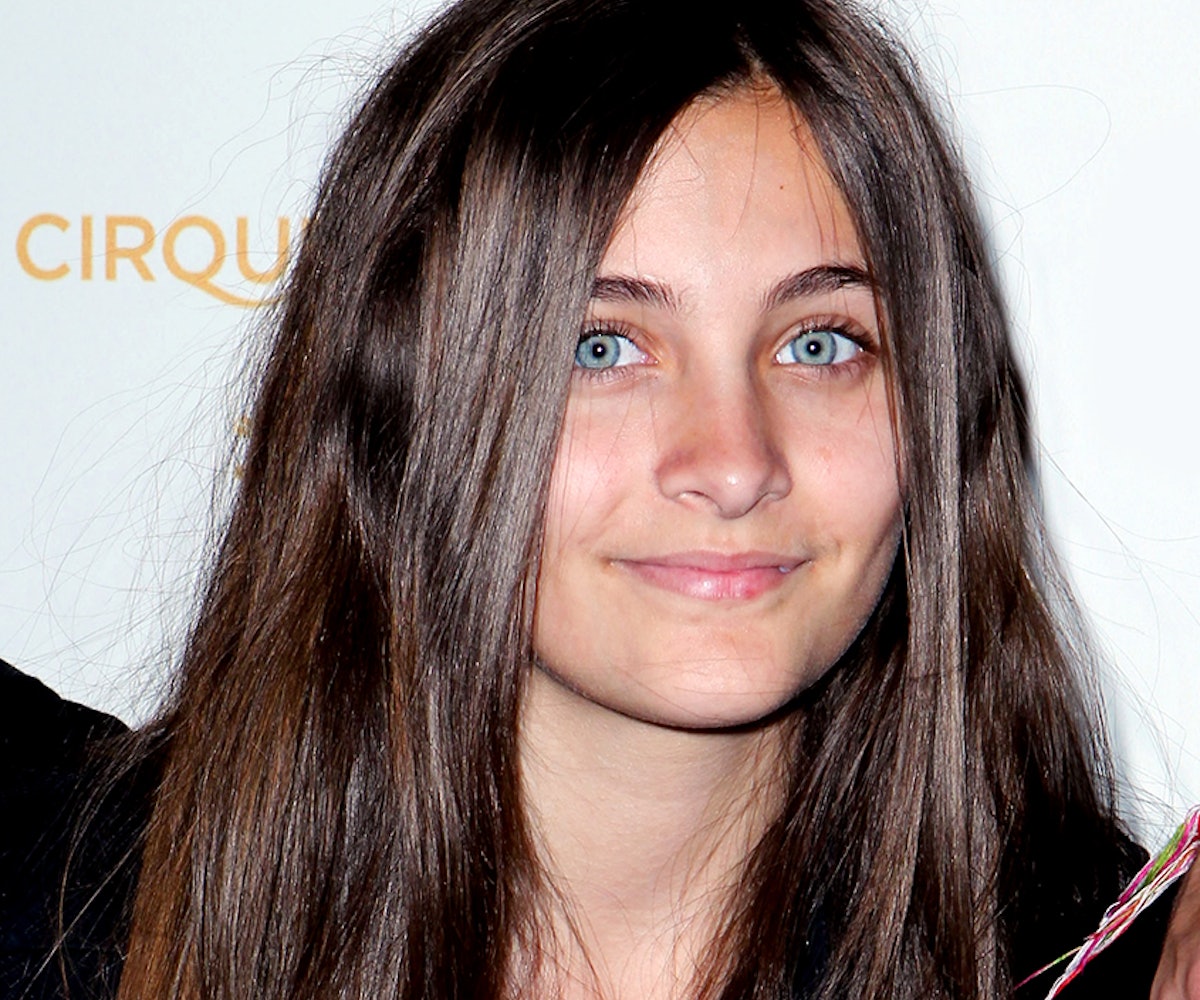 Her father may be the King of Pop, but Paris Jackson is super punk rock—and stunning. A photo of the 17-year-old recently surfaced on her boyfriend Chester Castellaw's Instagram, showing off Jackson's new black and red locks.

After Michael Jackson's death, Paris tried to take her own life in 2013. She has since spent time in a Utah facility to treat her depression. Luckily, it now seems as if the teen is doing well.

“Paris is completely head over heels for him (Chester) and she has been gushing about him constantly, telling her family members that she loves him and he is her ‘soulmate’,” a source told Radar Online last month. “Her family seems to like him and they are happy that he comes from a privileged background in Beverly Hills because they are very protective over the children’s inheritance and they want to make sure that he is with her for the right reasons.”