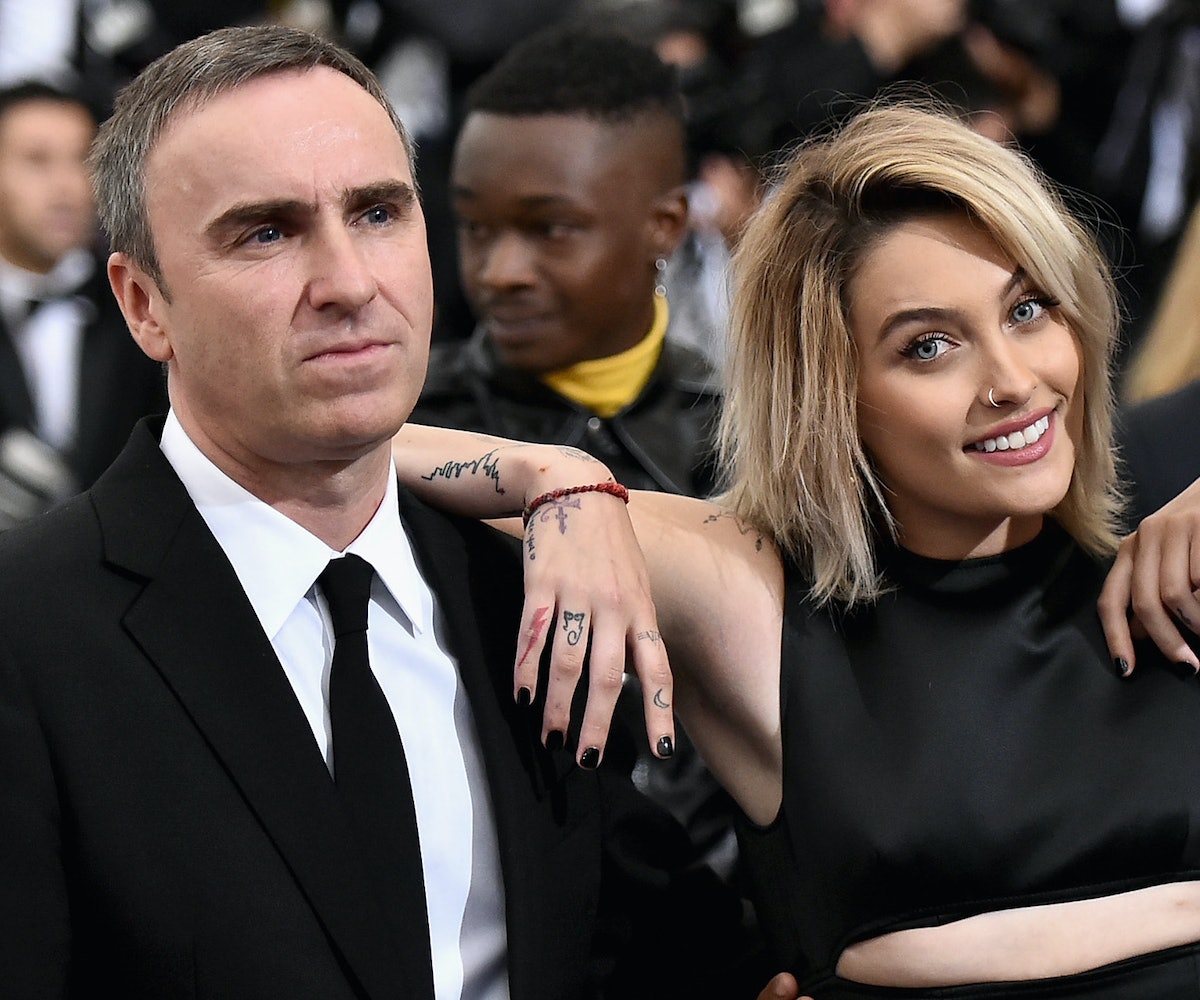 It looks like Paris Jacksons’ rise to fame will not be slowing down anytime soon. It’s just been reported by Page Six that the up-and-comer has allegedly been signed on as the new face of Calvin Klein.

A source close to Jackson is quoted saying, “This deal is to make Paris the new face and body of Calvin Klein. The deal—which is just about to be signed—is huge, worth seven figures, many millions. Expect to see Paris in huge ad campaigns and on many red carpets in Calvin Klein.” Exciting!

While we normally wouldn’t jump to conclusions based on just gossip, this alleged partnership does seem pretty likely. She did attend her first Met Gala earlier this week as a guest of the brand, where she donned a super cute cutout dress, her arms around creative director Raf Simons. And with her recent trajectory? A campaign as major as Calvin Klein seems like the obvious next step.

This news comes just days after officially being cast in her first film, an upcoming “comedic thriller” for Amazon Studios.

If this is true, then Jackson will be the new It Girl before we know it. Pretty much everything done by Calvin Klein since Raf Simons took over the reins has been absolute gold, and a Jackson-fronted campaign won’t be any different.

Also in the report? A claim that Jackson was shot this week for the cover of Vogue Australia. With covers for CR Fashion Book and Harper’s Bazaar already under her belt, on top of a recent signing to IMG, we also consider this news to be pretty likely.

We’ll be closely watching for an official announcement.