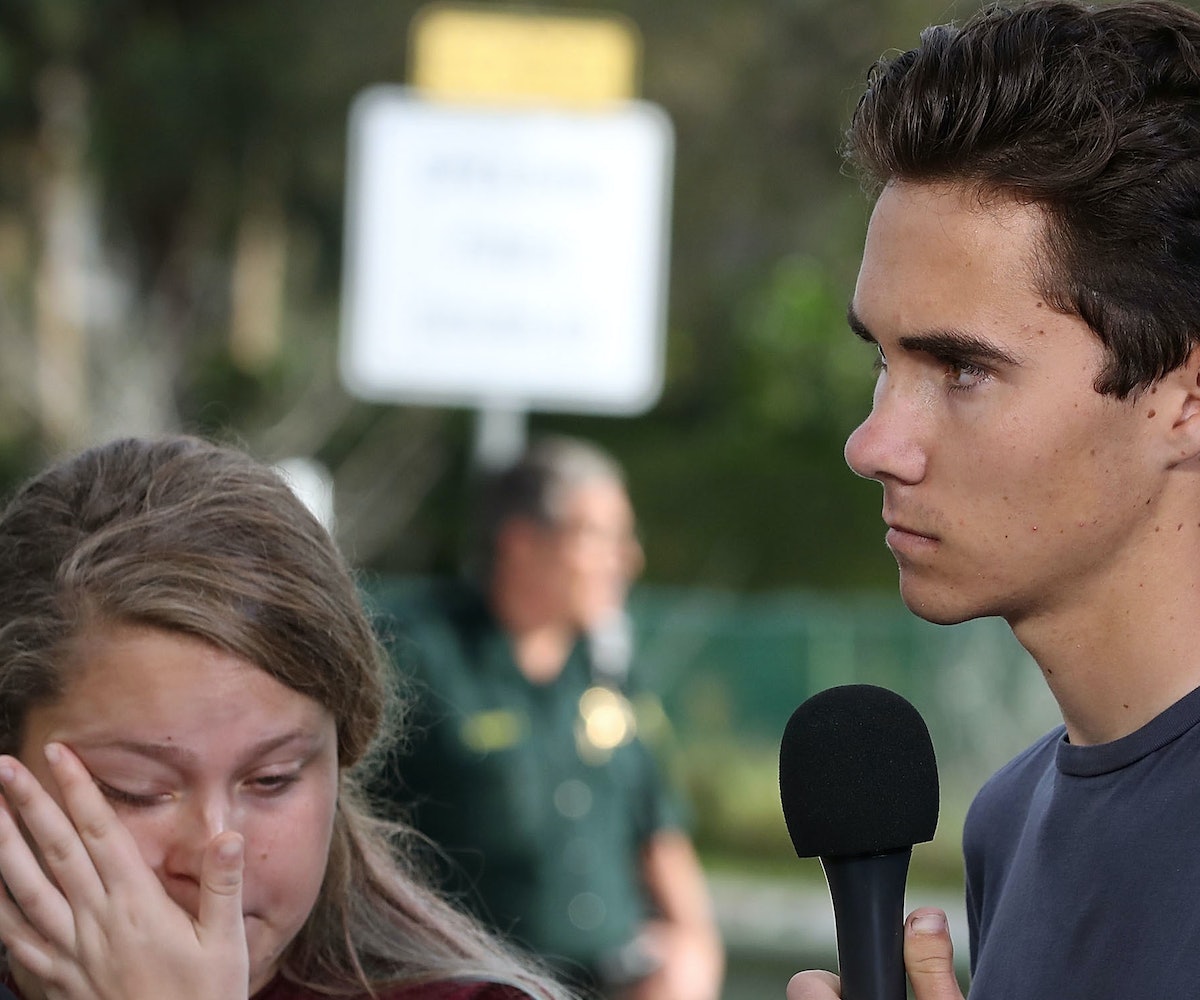 It's been barely a week since the school shooting that left 17 dead at Marjory Stoneman Douglas High in Parkland, Florida, and right-wing commentators have already been theorizing that the survivors, particularly those speaking out, are paid "pawns and conspiracists intent on exploiting a tragedy to undermine the nation’s laws," according to the New York Times.

As the Times reports, the students—who have become vocal advocates of gun reform in the wake of the devastating tragedy—are currently being targeted by both far right bloggers and commentators, as well as "more mainstream voices like Rush Limbaugh and a commentator on CNN," who have been positing that survivors of the shooting are "crisis actors," or people who travel to sites of mass shootings. The BBC reports that Benjamin Kelly, an aide to a Republican state representative, has been fired for repeating these claims about two students, David Hogg and Emma González.

Conspiracy theorists have been targeting Hogg in particular, a student journalist and one of the most outspoken survivors. As CNN notes, Hogg has been the subject of several articles accusing him of being an actor and/or "coached" by his father, Kevin, a former FBI agent, into making statements against guns and Trump. Motherboard reports that YouTube had to remove their number one trending video—a horrendous creation implying that Hogg is an actor—earlier today. Unfortunately though, the "same YouTube user spreading the same conspiracy theory" is reportedly still active.

David Hogg spoke with The Daily Beast about the theories and to defend his father, saying, “He's such a nice guy. I’ve never heard a single bad thing about my dad until these right-wing websites came up.” He also added that the trolls make him "know that what I’m doing is right. We get more publicity that way. They’re only helping our cause.”

Hogg appeared on CNN last night and said he was not looking to repeal the Second Amendment, but rather wanted to ensure that weapons are possessed by people who are "not going to go out and commit these atrocities."

"I'm not a crisis actor," Hogg told interviewer Anderson Cooper while sitting next to his father. "I'm someone who had to witness this and live through this and I continue to have to do that." Watch Hogg speak in full below.

NEXT UP
Life
Read An Exclusive Excerpt From I’ve Had To Think Up A Way To Survive: On Trauma, Persistence, and Dolly Parton
Life
On Repeat: Vaquera’s Away Collaboration Is Brought To You By Britney Spears B-Sides
Life
NYLON Newsletter: October 3, 2022
Entertainment
Soccer Mommy, Wet Leg, & 48 More Artists Made An Album For Abortion Rights