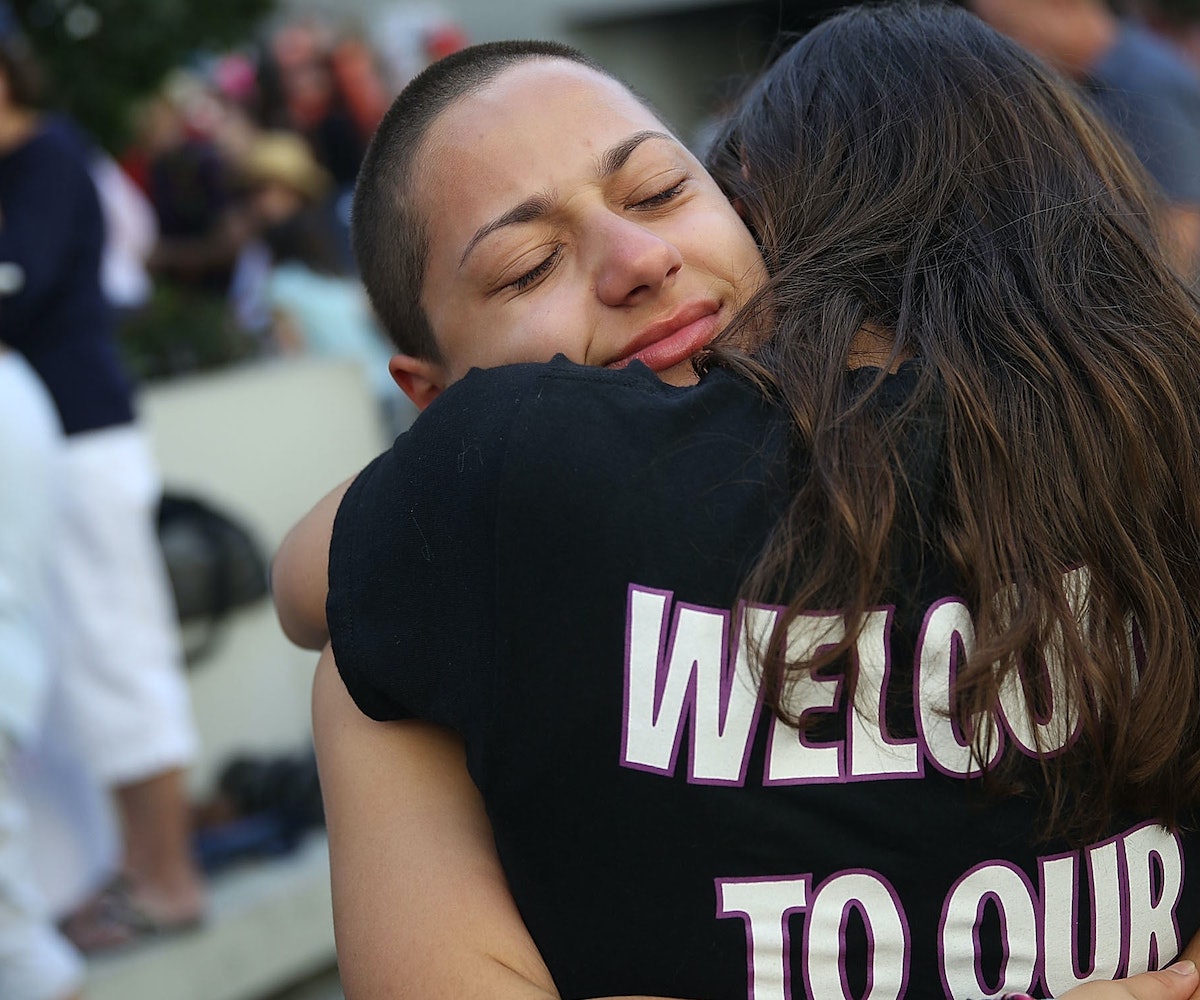 Earlier this week, Parkland shooting survivor Emma González wrote an essay for Harper's Bazaar about her fight for gun control and pointed out the hypocrisy of adults who question the validity of the teenagers who are speaking out.

González is putting words to what so many teenagers and young people feel: Adults just want teens to follow the rules, and stay quiet.

Sally Kohn wrote about this in The Washington Post, citing the distinct mixture of "surprise and condescension in the way that some Americans, in the media and in general, are responding to the wave of student activism in the wake of the school shooting in Parkland." The same condescension is noted by González in her piece, and she makes a good point about how a lot of these teen activists "can't win" in the eyes of their elders, writing:

Adults are saying that children are emotional. I should hope so—some of our closest friends were taken before their time because of a senseless act of violence that should never have occurred. If we weren’t emotional, they would criticize us for that.

But nobody should be surprised that it's young people who are leading this charge. Powerful people resistant to change have been arguing about the validity of teenage activism for years. Historically, young people have long been at the forefront of activist movements. From their pivotal role in the Civil Rights Movement to being amongst the first to stage protests at Standing Rock to, well, leading the American Revolution, teens have been walking out, sitting in, and shutting down streets right alongside adults for decades.

So what will it actually take for adults to finally recognize and respect young people, particularly teenagers? To acknowledge them as important voices within social discourse, especially when it comes to those issues directly affecting them and their future? It's hard to say for sure, but with people like González speaking out and refusing to be silenced, it looks like we will finally find out.