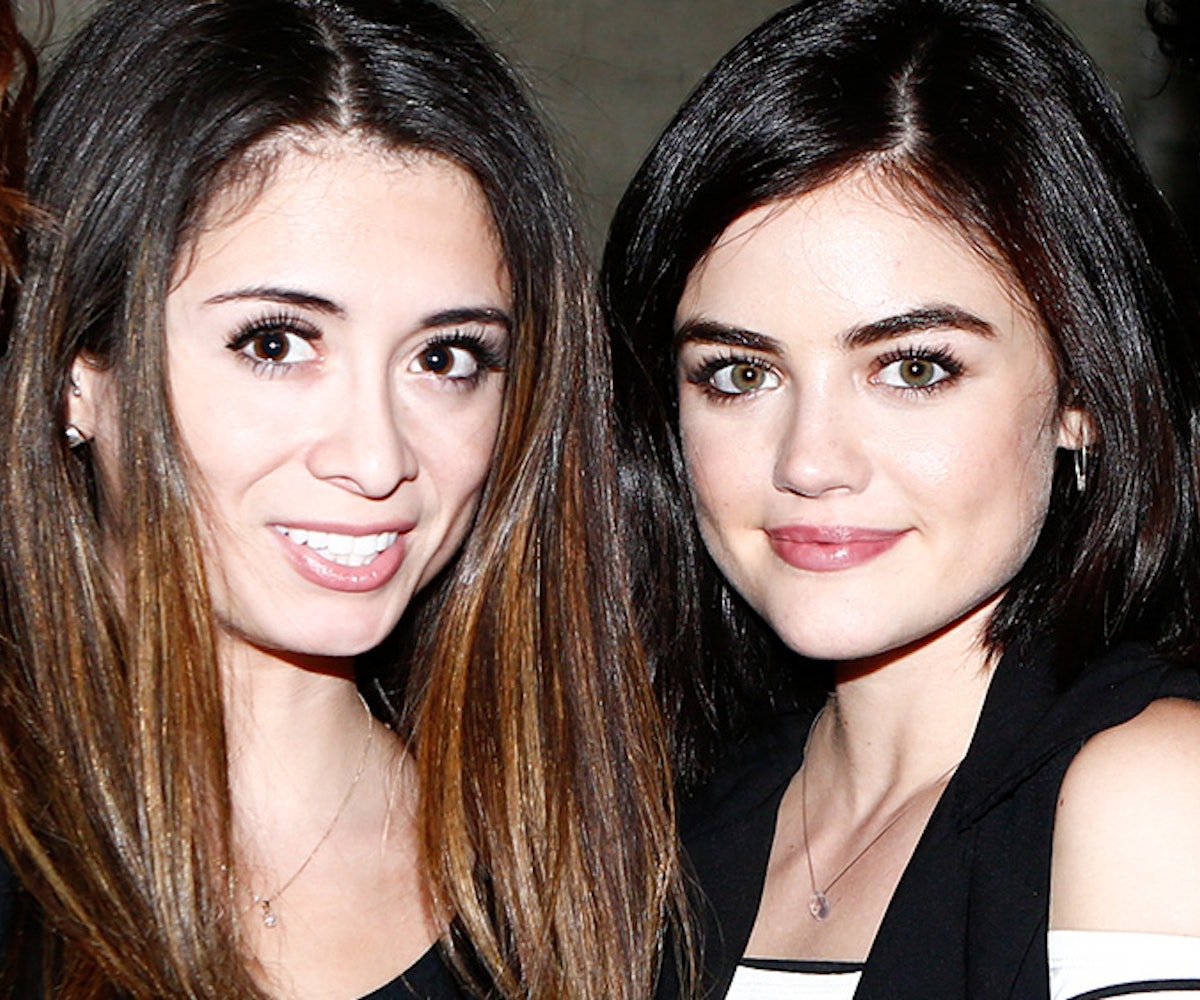 Anyone who says prom is meant for the spring has clearly never been to ours. Fall fashion brings out the best looks, and our annual, pink-filled It Girl Prom took over New York’s Gilded Lily in true cool-girl fashion. With the air tinged with samples of Juicy Couture’s I Am Juicy Couture fragrance, NYC’s raddest—including Lucy Hale—sipped custom Svedka cocktails and danced to the beats of EMMIESHOUSE and The Knocks. When they weren’t getting down or hamming it up in the #babebooth, Missguided provided a little comfort with co-branded pillows scattered around the room. It wouldn’t be prom without a performer, though, and Icona Pop brought the house down with a shimmering set. Who cares if most of us had to work the next day? We could’ve prom’d all night. We, well, love it!

Audrey Kitching taking us back to the '90s.

Elle Winter sees your prom dress and raises you a boss leather jacket.

Angel and Dren and Elle Winter should start a leather-jacket gang.

Danasia Sutton and Rox Brown shutting it down.

EMMIESHOUSE is in the, uh, house.

Pour it up or something like that; right, Rihanna?

Shorteralls in fall? Only OITNB's Jackie Cruz could make it look this effortless.

We could party with Icona Pop all night.

Looking for a truly New York sound? Try The Knocks.

The Voice's Gianna Salvato, everybody!

What's your flavor? Tell me what's your Svedka flavor?

This photo is definition cool.

#babebooth is the new photo booth.

NEXT UP
It Girl
Jessica Henwick Is A Franchise Favorite For A Reason
Culture
On The List (With Melissa Rich): Is The Party Venue Recession Upon Us?
Culture
Pretty Sick’s NYC Show Was A Raucous Party To Remember
Culture
Megan Fox’s Dreamy Vintage Gaultier Dress & More Party Photos You Missed