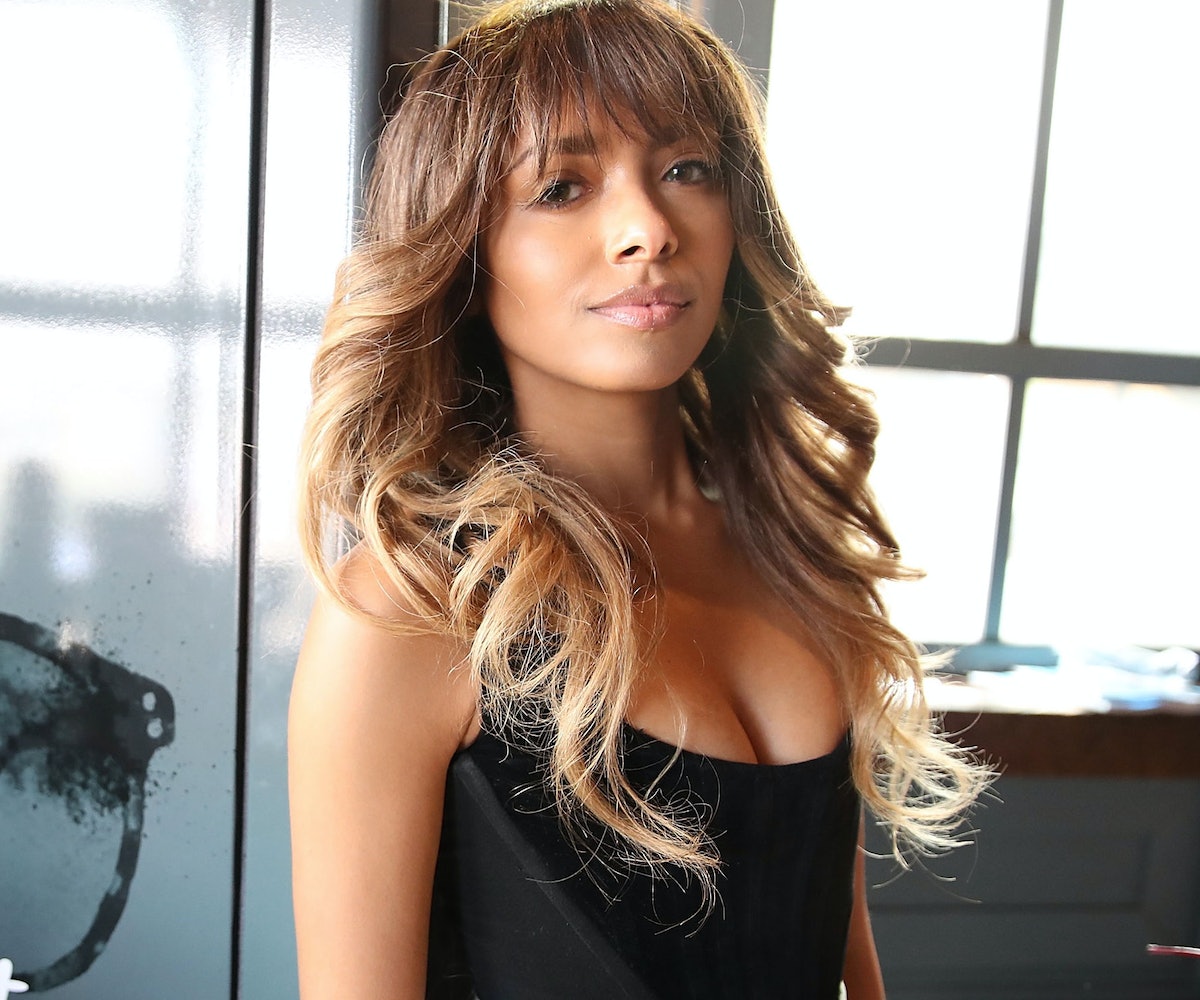 Happy hour is one elusive time of day: sometimes you make it, and others you curse everything that prevented you from indulging in it. Luckily for us (not to brag), we were able to sneak in some early evening revelry this past week in Austin, Texas, at SXSW. We partnered with Twitter at #TwitterHouse for a happy hour with Foster Grant complete with a sunglasses vending machine. Kat Graham, The Aces, Bridgit Mendler, and NYLON Music Tour headliner POWERS showcased what they got (which is a lot) for a crowd that was both happy and relaxed for an hour (or, let's be real, more than an hour). It was chill. It was lit. It was everything a happy hour could be. Oh, let's just call it the happiest of happy hours that ever was. (Don't quote us on that, but also... do.) See for yourself in the gallery, below.

Who knew it was so easy, Foster Grant?

If you don't screen print a shirt at #TwitterHouse, were you even there?

Why play your ace when The Aces are better?

The Aces of spades.

Foster Grant looks good on y'all.

Welcome to the blonder side, POWERS.

Let's not kid ourselves, Coco Robert's beats are a major reason why happy hour is so happy.