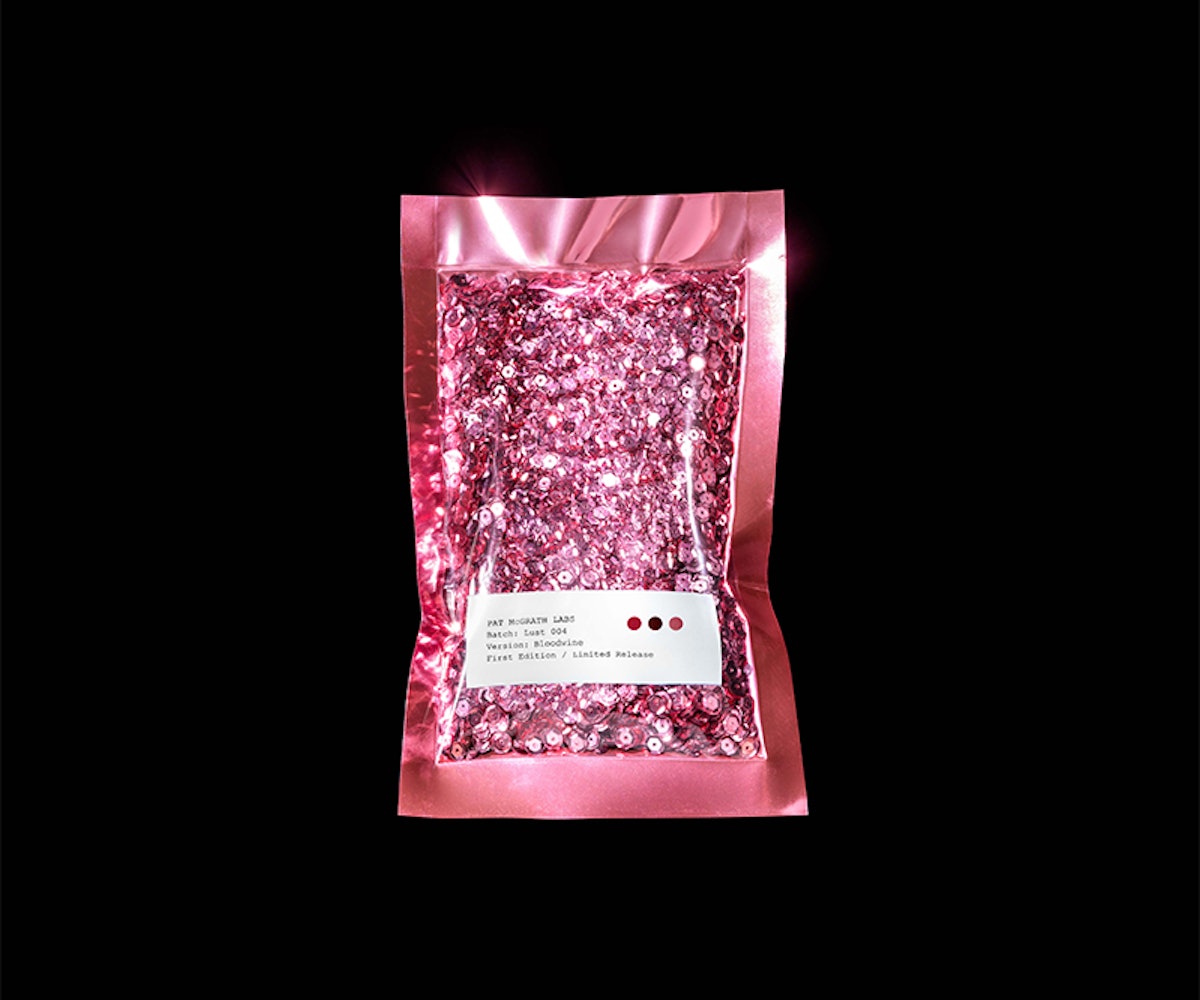 After months of anticipation, legendary makeup artist Pat McGrath has finally revealed the next installment of her product line, Pat McGrath Labs. While it’s gained quite the cult following since the initial release of her intense gold pigment Gold 001 back in October 2015, after the release of her illuminating kit Skin Fetish 003 basically broke the internet, beauty junkies and editors alike have been awaiting news of her next launch.

While she dropped a few teasers over the past few weeks, mostly pointing to the work she did backstage at Versace Fall 2016 Couture (which had a heavy dose of glittering lips), nothing was confirmed until beauty insiders got a sneak peek of the latest with McGrath herself yesterday.

Lust 004 is a lip kit that will be available in three versions for $60 each: Flesh (nude), Vermillion Venom (red), and Bloodwine (a deeper red/plum). All versions will contain two matte lipsticks, a matching microfine glitter, an incredible metallic gold powdered pigment, and a clear vinyl gloss. You’ll also be able to purchase the Everything Kit, which contains all 3 versions in one, for $150, as well as the matte lipstick Singles for $25 a pop.

Each kit allows users to be as creative as they want, from wearing the matte lipsticks alone to adorning their lips with glitter and gloss, accenting their cupid’s bow with a metallic golden shimmer—or whatever they please. When I asked McGrath why she chose to go the route she did with her next product, she told me, “It was my history of lips—editorial and backstage—and really just all about people having access to all of these different textures and incredible idea in one small bag—all of the creativity.”

I got the chance to play with the kits yesterday, and, let me tell you, they are well worth the wait and suspense. Everyone at the exclusive press event also got the chance to try the kits for themselves. Despite it being 2pm on a Wednesday afternoon, I went for a more extreme look (intensely sparkling Bloodwine glitter over the deep plum shade of Bloodwine 2 Lipstick), which caused a woman in the café by my office to shout “X MEN!” at me (though I feel that my lime green hair was probably also a factor). Not the adventurous type to try a ruby red slipper-like lip on a casual weekday? No worries. McGrath suggests putting just the smallest amount of glitter in the center of the lip for a subtler version of her sparkling lip.

Lust 004 will be available starting at 12pm on Tuesday, August 30 at PatMcGrath.com, with the national release on sephora.com and ten select Sephora stores on Thursday, September 8. May the countdown begin.