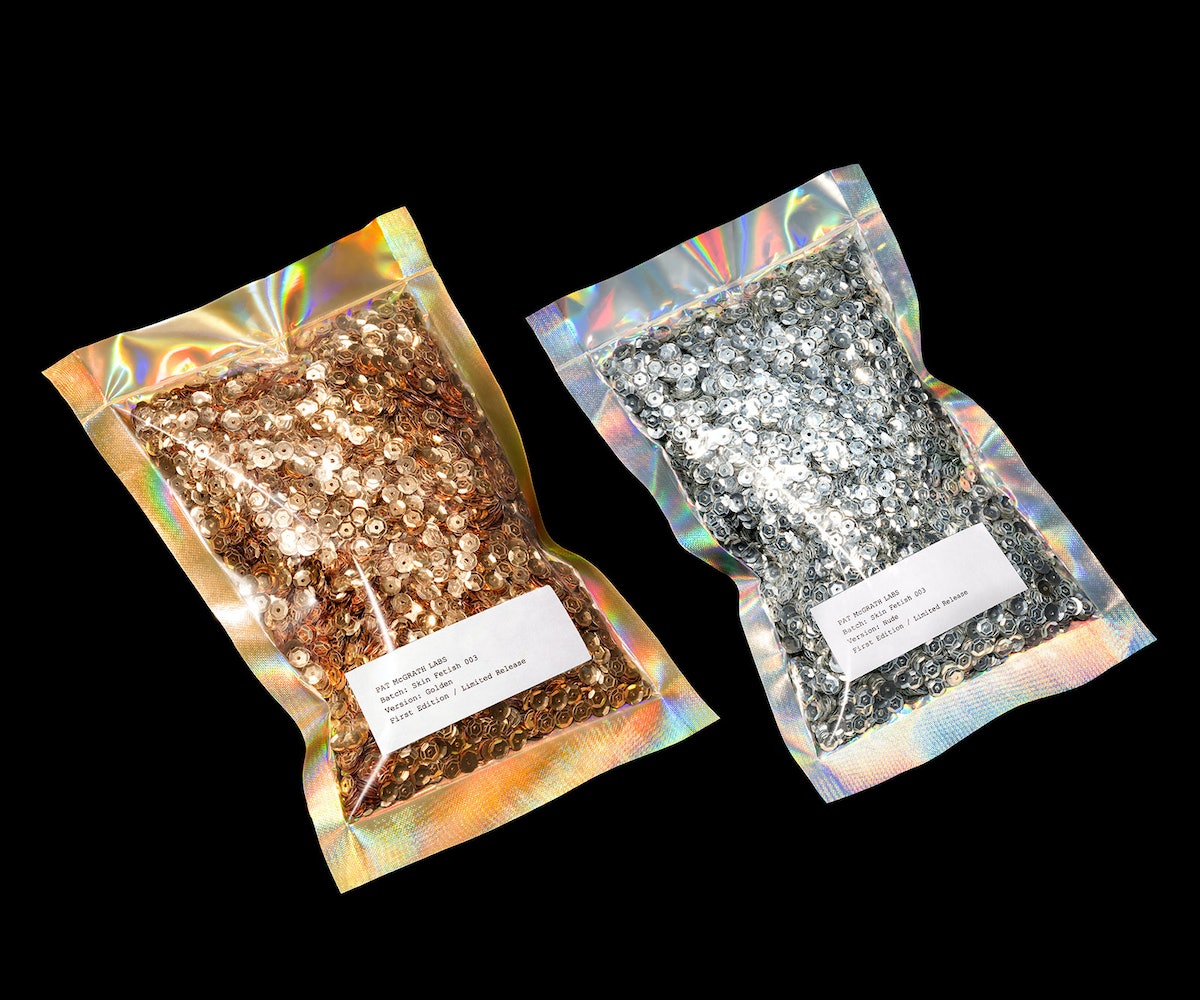 Iconic makeup artist Pat McGrath has just announced she’s launching her third installment of makeup kits next month. McGrath, responsible for some of the coolest runway and editorial beauty looks (including the Maison Margiela Spring Haute Couture show we were all dying over here), has been slowly putting out products in the anticipation of dropping her full makeup line, rumored, by the end of 2016.

First, she launched Gold 001 back in October, a limited-edition metallic gold pigment kit, and then Phantom 002 this past December, an offering of four brightly metallic pigments, eye gloss, and liner. And now, just this week, she announced her newest set of products—a highlighting kit called Skin Fetish 003—set to release (and make strobing and highlighting a breeze) this April. The $72 kit comes in gold and nude, colors that virtually work on all skin tones, and contains a multitasking pressed pigment, a special Japanese-made brush, and a two-sided balm and highlighter stick—all, of course, nicely packaged in her signature pouch full of couture sequins.

She posted the below sneak peek video of the opalescent products sprawled out over a sea of sequins to her Instagram:

The first of the Skin Fetish sets go on sale at noon on April 26 at PatMcGrath.com, but will also be sold in Sephora. On May 3, the beauty retailer's VIP Rouge members will be able to purchase them early, while the kits will go live for all, on Sephora.com and in select stores, on May 10. Even though this is a much larger launch than her previous two, you still need to act fast—both of her previous kits have sold out in a day, so we expect the same for this one.

Click through the gallery for a closer look at the products.