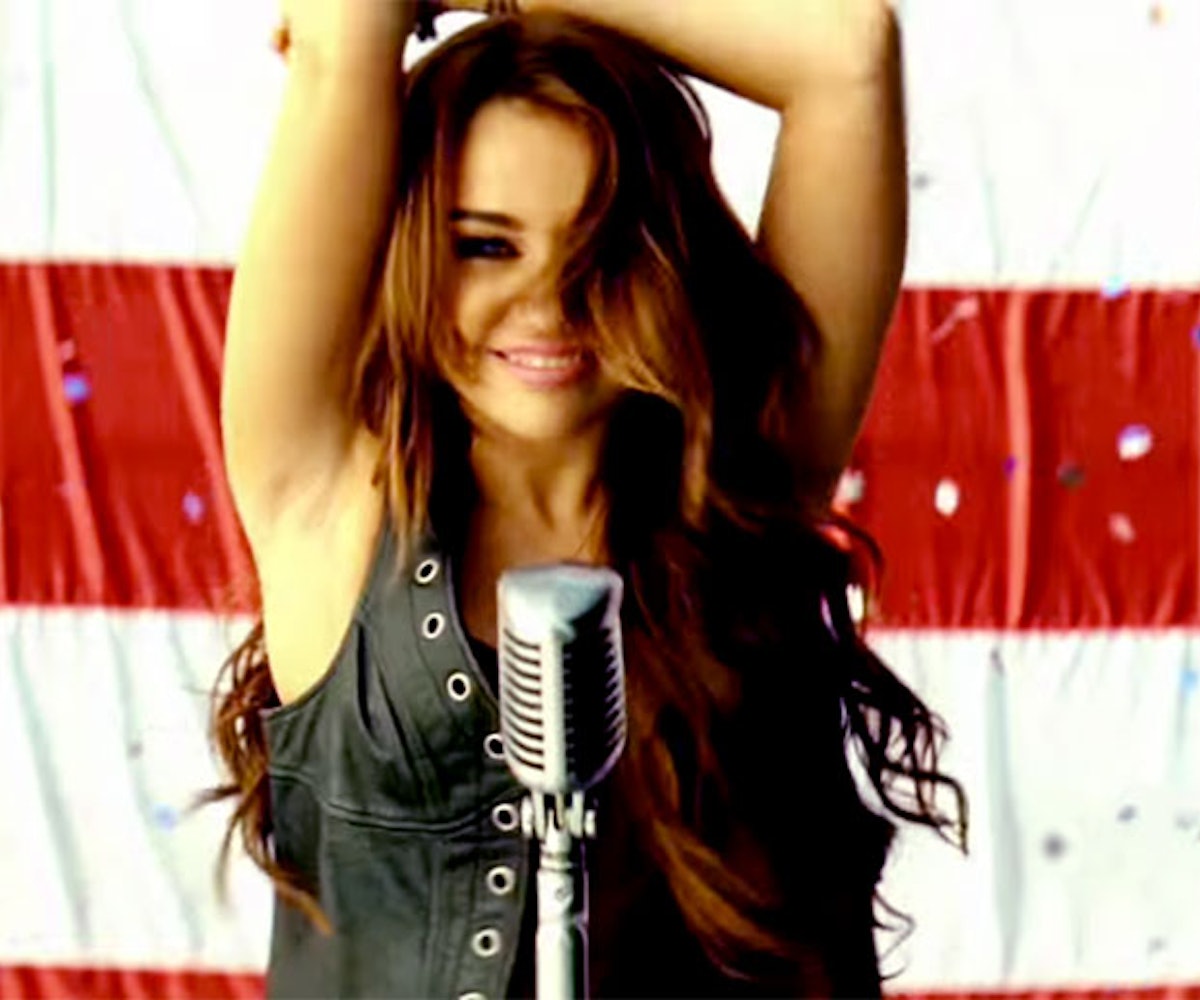 There are few things that fully encompass the spirit of our current media-consuming society than a music video. It stimulates all of the senses, yet aside from a select few, they don't require much attention to follow. So what better way to celebrate Independence Day than laying out, knocking back a few, and watching the most patriotic music videos of all time?

Motorcycles, string bikinis, Heather Graham, fireworks, convertibles, hair flips, the great outdoors, and guitar solos: This is the new Manifest Destiny, or, at the very least, Kravitz's version of it.

Lana and A$AP Rocky are easily two of the most influential figures in today's sonic landscape. Whether or not they're somewhat akin to Jackie O and JFK, we're not sure. That being said, "National Anthem" depicts a different, beautiful vision of American royalty.

Although there may not be blatant displays of patriotism in this video, it does bring you through the most iconic eras of American music.

Does anything scream "Americana" more than a taxi man turning on the radio, only to play a Jay Z song? Or cowboy boots? Or partying in the U.S.A.? No, so just put your hands up, let the butterflies fly away, nod your head like yeah, and move your hips like yeah.

Madonna is the epitome of the American dream: She's self-made, hard working, determined, and has an open perspective. Her rendition of "American Pie" would be great on its own, but give her a camera, a massive American flag, a pickup truck, and a marching band, and the girl will show you exactly what it means to be an American icon.

"Made in the USA" by Demi Lovato

This is definitely not the most uplifting song, but it's always important to remember the troops on Independence Day.

It wouldn't be an American summer without a heavy dose of nostalgia and a hint of angst.

"Hollywood" by Marina and the Diamonds

Real talk: America is a mess, but, as Marina so eloquently expresses, it's okay to be obsessed with it. We have a feeling that if Marie Antoinette was the First Lady, this is exactly what the White House would look like.

A far cry from her new "BBHMM" video, "American Oxygen" combines clips from 9/11, Martin Luther King Jr.'s life, the Ferguson riots, and global warming to incite a powerful debate about "the new America."

"Born in the USA" by Bruce Springsteen

Wherein Kesha drops a major truth bomb: There's nothing more American than being exactly who you are.

Not only does the song encapsulate the spirit of the new America, but the video is also beautifully simplistic. Sometimes all you need is a big old flag, some tricked-out cars, and your best friend by your side.