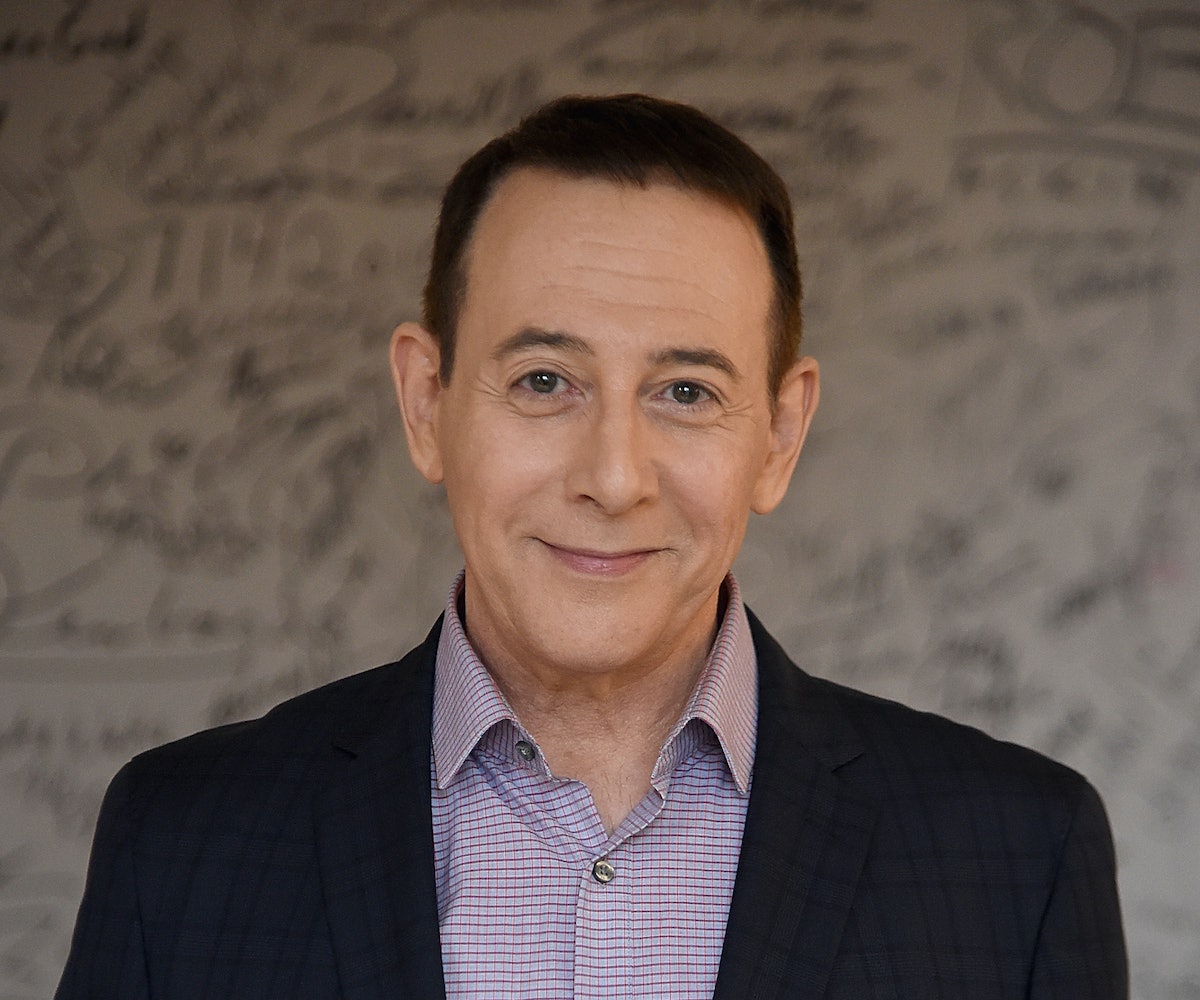 The line between Paul Reubens and Pee-wee Herman is very thin. It isn’t just that the gray-suited eccentric is Reubens’ most recognizable role, stretching over a children’s television show, three films, and 28 years. (He’s also played his fair share of side gigs, making appearances in Blow, Mystery Men, and 30 Rock among others.) In Reubens' own words, more than in any other acting gig, there’s no “act of becoming” Pee-wee. He just is.

With this said, Reubens leans in, adopting a faux conspiratorial tone. “I should start lying and say something romanticized,” he says. “It’s definitely nothing like a job. ‘Oh God, I have to be Pee-wee today. Another day of this movie!’ It’s just the opposite. But I don’t give it a lot of thought.”

In the newest adventure, Pee-wee’s Big Holiday, the eerily youthful bow tie aficionado (who was digitally retouched in the movie to appear younger) is inspired to take a road trip after meeting a mysteriously cool Joe Manganiello. In true Pee-wee form, colorful characters and absurd comedy abound. But when asked a specific question about the plot, Reubens visibly recoils, declining to offer any specifics. “I think people don’t have trouble suspending disbelief,” he explains, noting his distaste for spoilers. “It depends how joyful it is in a way. If it’s in the context of laughing or someone going ‘I’m the butt of the joke, not you, come on in,’ it seems simpler and easier.”

But Reubens makes it clear this his refusal, to offer insight into the movie's storyline, isn't because he’s super protective of his work—nor is it because he identifies with some kind of tortured artist cliché. Just the opposite actually. Although a self-admitted sucker for creativity, who gratefully collects fan tributes (“if somebody goes ‘I made this,’ you already got me”), he simply refuses to let the pressure of Pee-wee's legacy—or life in general—get to him. He notes emphatically:

I feel like I’m super corny. My movie is corny and sweet. I think that’s a reflection of who I am and what I like. It’s hard to even talk about this kind of stuff without being too corny and sweet about it all. But I do feel like if you’re lucky enough to be in the position I’m in, it’s almost like survival. Am I going to sink or swim? Am I going to be happy or not happy? Am I going to pull joy out of this or not? I’m in show business, am I going to do something good with it or squander, I loath to say, some of this stuff because it sounds like I’m trying to be self-important. But I do feel like I have some responsibility. Even now, with this movie, why not make it something kids can see too? Why not have it be happy and joyful? I don’t know. Part of it is just me, and what I like and don’t like. I want to be uplifting. If I’m successful and people leave the movie feeling happy, then good for me.

Pee-wee’s Big Holiday is available to watch now on Netflix.