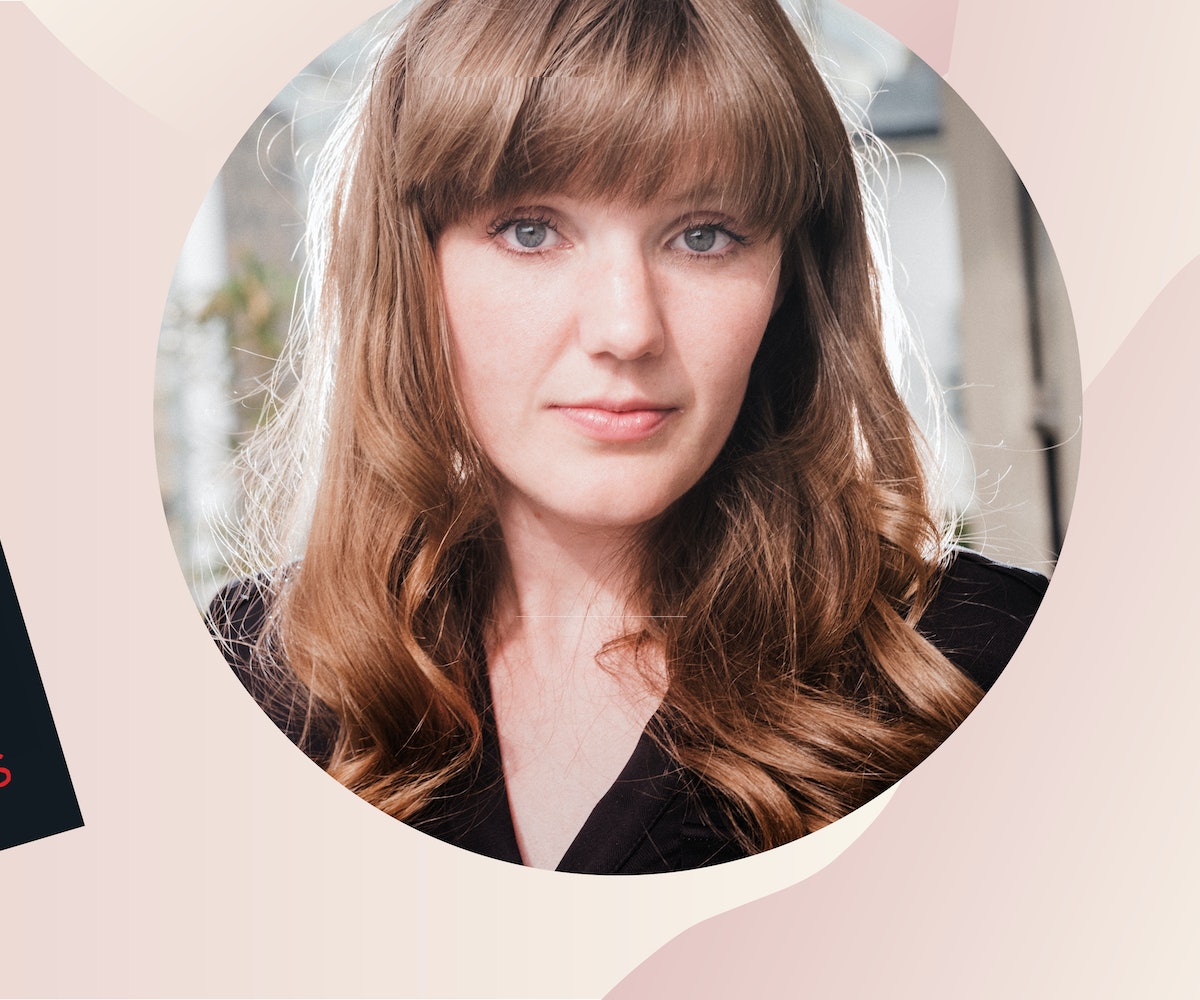 The language of trauma is an alien one to those who haven't heard it before. It can feel reductive in its repetitions, brutal in its simplicity. And though the words are recognizable as ones you know, the cadences are off, the tone is unfamiliar and unsettling. It can make you dizzy. It operates on a level both intellectual and visceral. It gets inside you.

Peach, the debut novel from Emma Glass, is written in this language. The words spin out from the page, into and around your head; they have accepted definitions, but they take on new meanings the more you see of them, in the same way that any word starts to feel strange in your mouth if you say it again and again. It acquires a taste, and the taste feels new.

Peach has a taste, and it's both new and old, ripe and decaying. Glass' cunning use of language, reminiscent of the great 20th-century modernists like Gertrude Stein and James Joyce, and her employment of alliteration and repetition, evoke vague feelings of madness while you're reading, which is all the more apt because of the inherent horror of the subject about which Glass writes: sexual assault and its aftermath.

The plot of the novel is as slim as the book itself. It centers around a young woman, Peach, who has been viciously attacked by a man named Lincoln, and who then carries around this experience as she interacts with her oblivious, sex-loving parents, her empathetic boyfriend Green, and her teacher Mr. Custard. But the thinness of the plot (Glass told me that when she first started writing Peach, she "thought, I don't need a story") is compensated for by the richness of the language. The specificity of the words makes time feel like it's slowing down. In one excruciating scene, Peach attempts to stitch up a wound, inflicted upon her during her assault, and the deliberateness of each word feels not unlike the pierce of a needle into the flesh:

Slip the pin through the skin. Start stitching. It doesn’t sting. It does bleed. White thread turn red. Red string. Going in. Going out. I pull. Tug. Tug the pin. In. Out. Out. Out.

It's a simple enough series of sentences, but the effect spirals out and down; you feel the words in your center.

Glass, who is Welsh, started writing Peach eight or nine years ago as a student. She has since gone on to become a registered nurse, but she told me that abandoning the earliest iteration of Peach was never really an option for her: "I thought, I'll just move on with my life, but I couldn't really. I knew, at some point, I'd have to finish. I could see her at the end, under the water." And although it is easy to make a connection between a career focused on curing corporeal woes, Glass says there is no automatic connection between her profession and the visceral nature of her writing—although she also says, "I guess I'm just inherently disgusting! I was always the kid picking scabs and spots."

And there is much that's disgusting in Peach, much that serves to make the reader squirm, flinch, avert her eyes. But that is as it should be, really. It should be uncomfortable to read about how one person willingly desecrates another. It should be uncomfortable to read about the devastation of the body and the mind and the very core of a person, and how that devastation ripples out around them, affecting their relationships with everyone else in their life. Glass told me, "I feel a weight of responsibility for what I've written. It's not autobiographical in any way, but it's so relevant in society."

But whereas many accounts of sexual assault—fictional and non—are related in a realistic way, Glass' formal experimentation serves the purpose of bringing the reader even closer to the trauma. In a sense, this is surprising; it feels dichotomous, as if the strange beauty of the language should offer distance from the familiar horrors on the page. After all, a book peopled by manifestations of food items like custard, fruit, or—as, in the case of Lincoln—greasy, fatty, dripping sausage, it could be hard to take these absurdities seriously, you might wonder if female pain is being masked by a clever literary device. And perhaps in the hands of someone else, that might have been the case. But Glass, who with her writing tried to "break the norms," in order to offer readers a "more tactile experience" (she found herself touching her face a lot while writing), has managed, in Peach, to bridge the distance between the literal and figurative, make the two truths into one experience. By writing in such a deliberate manner—she explained, "every single mark of punctuation was so carefully placed, every word so considered. I wouldn't move on until I was happy with each sentence"—Glass arrives at an important truth: We are our bodies, and we are our minds. The violation of one is the violation of the other.

The experience of trauma makes us a stranger in our own bodies and our own minds, and masks the world around us, transforming it into a surreal parody of itself. This alien way of viewing the world, in which it's possible to see so much that is similar and so much that is different, is what happens when a break in reality occurs. Some are able to sew themselves up again, repair their wounds, repair their world. Some are not. What Glass has done with Peach is offer a look into one woman's world, as she tries to figure it all out. Whether or not Peach succeeds is beside the point; the point lies in her ability to tell us her story in our own language, and for us to read the words, hear them, and feel them. No matter how strange, no matter how much it hurts.