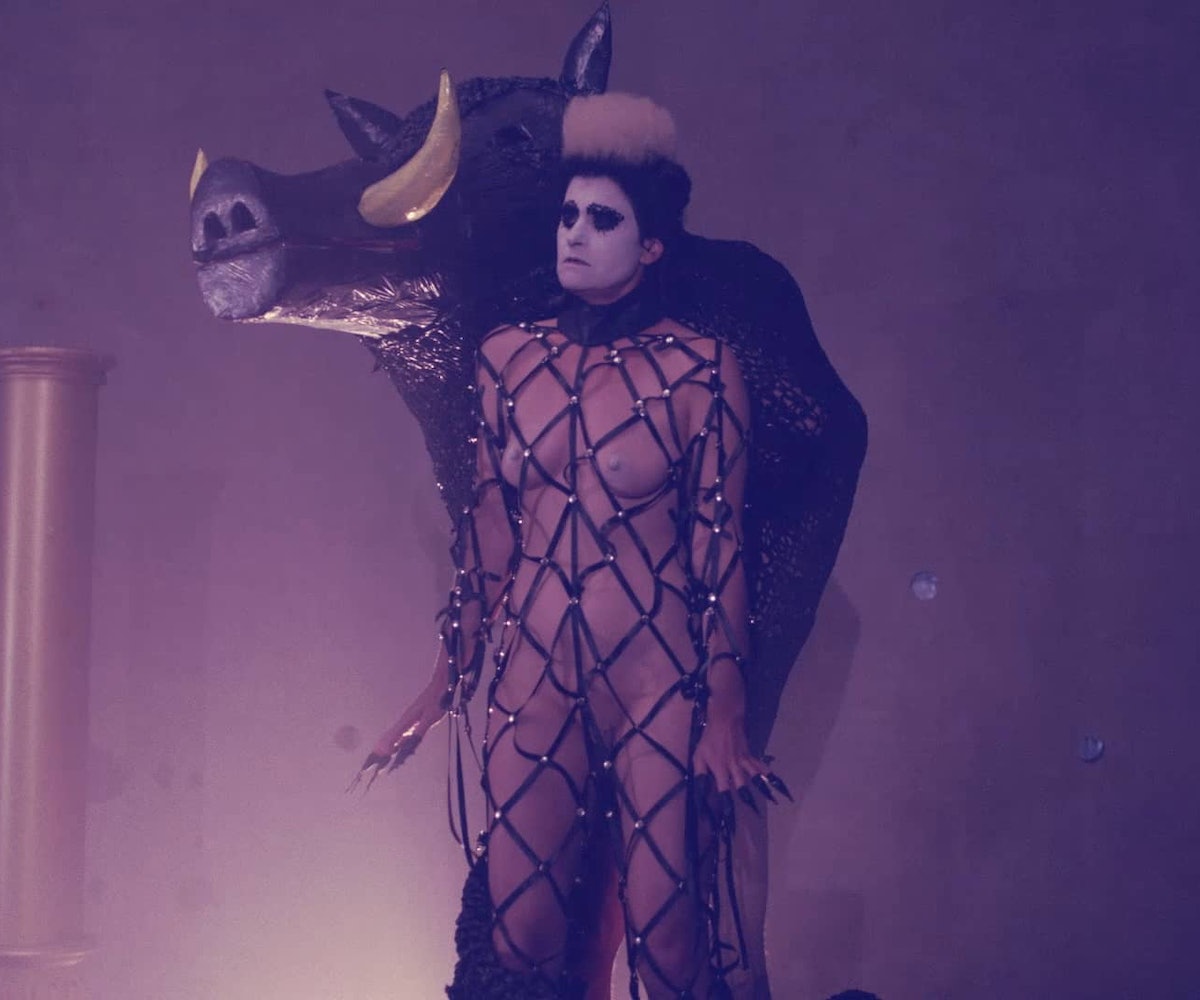 Professional provocateur Peaches just dropped the brand new video for her song "Free Drink Ticket," and in true Peaches fashion, well, don't you dare watch this one at the office, guys. On second thought, don't watch this at a bar, or a library, or a friend's house, or a Del Taco. Watch it alone, in your room, because the striking, often disturbing visuals are bound to make you feel things that are best felt in the privacy of your own home.

Directed by Sara Sachs, the video takes its visual cues from the gothic and the grotesque, and packages them in a raw, unflinching silent film in which Peaches is the star. But despite all the surreal imagery—at one point she's doing battle with a pig-snake hybrid—at its core, "Free Drink Ticket" is a breakup song. “I wanna rip you apart with my bare hands,” Peaches sings over a slow, pulsating beat.

Not to self: Don't get on Peaches' bad side. Watch the video for "Free Drink Ticket" below.