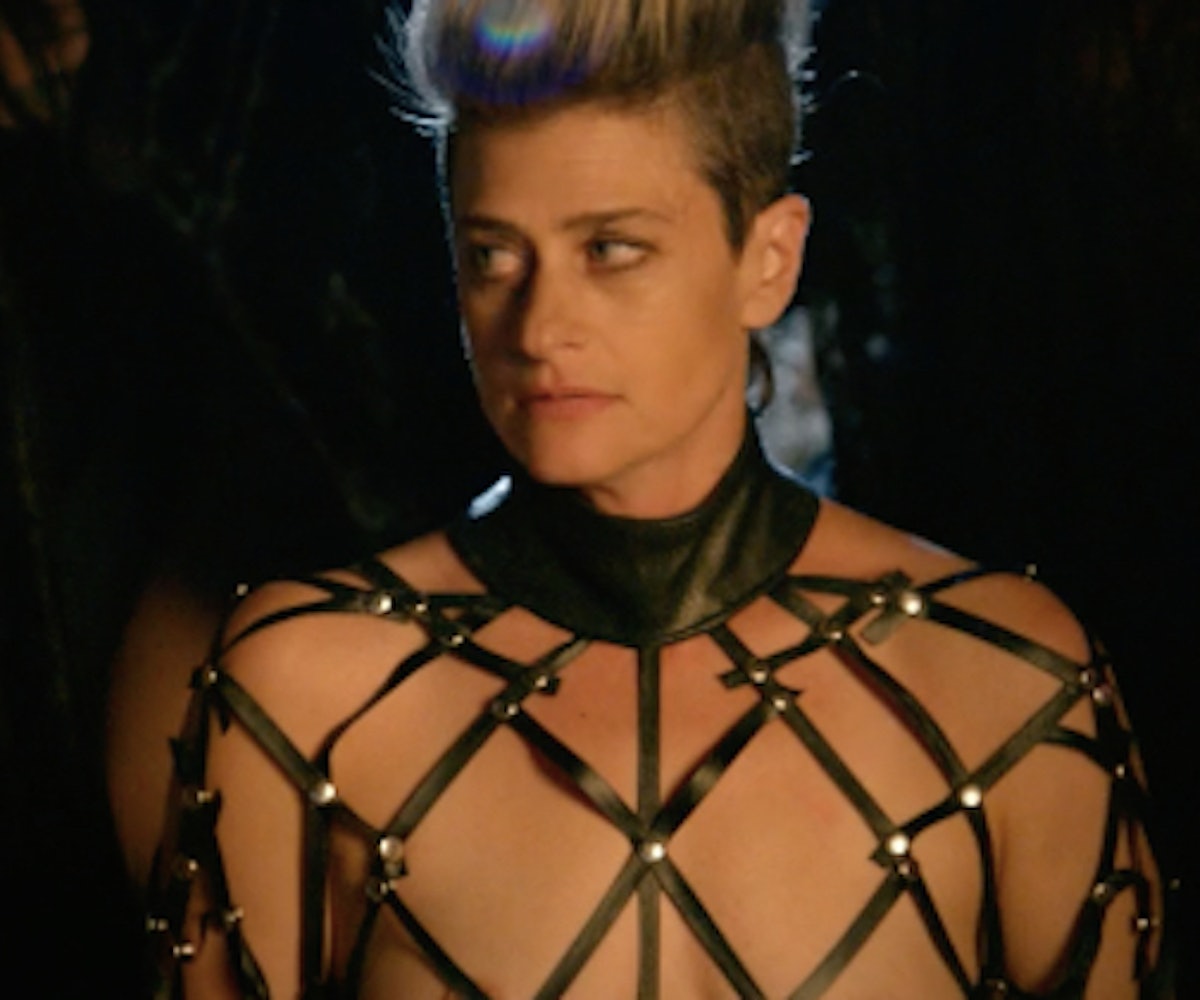 Embedded above for your viewing pleasure is the video to her hymn to embracing your inner horniness, “Rub.” It’s more than just another kinky Peaches release, however. It is, by a significant measure, the most NSFW work music video from a signed, real recording artist we’ve ever seen (and we’ve a lot NSFW things).

Rather, we're singling out “Rub” because not only is it most NSFW video we’ve ever seen, but it's also probably the queerest and realest. Indeed, with a wide variety of body types, sexual orientations, and kinks, it’s very hard to see “Rub” as pornographic in any serious way. It covers too many bases to get anyone off. Every kink and taste represented appears next to a constrasting kink or taste, eliminating the narrowing that actual pornography requires.

Instead, “Rub” is what happens when everyone’s turn-ons show up to the party at once, when all inclinations recieve at least a nod. What you get is colorful, funny, sometimes just a bit too much for the eyes, and a hot, hot mess—the perfect representation of getting off. There's a positive human lesson in that, one that comes with, yes, an original backing track.