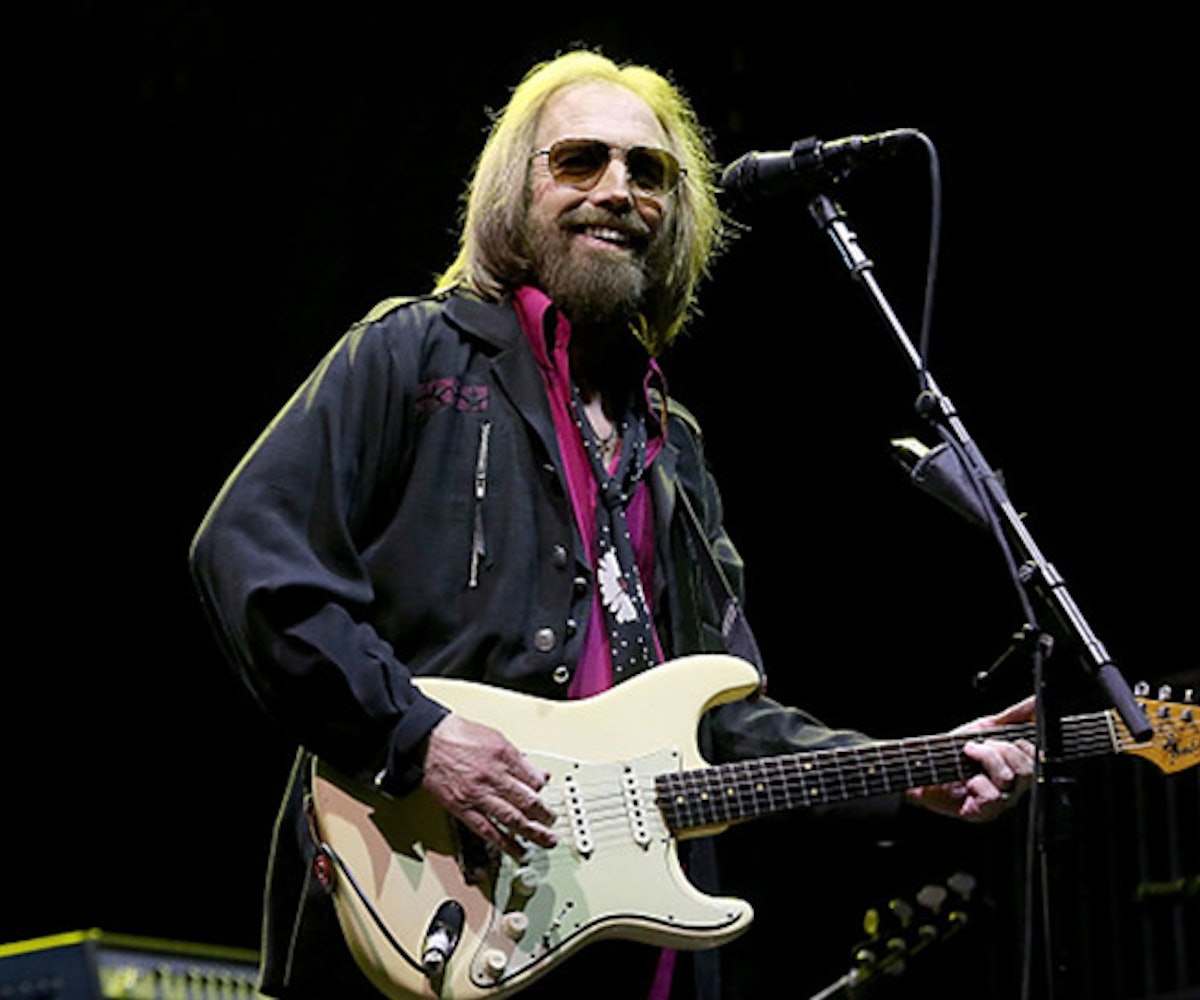 Tom Petty passed away late Monday night, after being hospitalized for cardiac arrest at the age of 66. "He suffered cardiac arrest at his home in Malibu in the early hours of this morning and was taken to UCLA Medical Center but could not be revived," his longtime manager, Tony Dimitriades, said in a statement. "He died peacefully at 8:40pm PT surrounded by family, his bandmates and friends."

The rock legend was the frontman for the Heartbreakers, famous for countless hits like "American Girl," "Stop Draggin' My Heart Around,” and "Mary Jane's Last Dance." Petty also had a successful solo career, releasing classics like "Free Fallin'" and "I Won't Back Down." In the late '80s, he formed a supergroup, Traveling Wilburys, with Bob Dylan, George Harrison, Jeff Lynne, and Roy Orbison.

"It's shocking, crushing news," Dylan told Rolling Stone of Petty's death. "I thought the world of Tom. He was a great performer, full of the light, a friend, and I’ll never forget him."

Petty's final shows were with the Heartbreakers at the Hollywood Bowl in L.A., as part of the band's 40th-anniversary tour. Their last performance was September 25.

Fellow musicians and fans of the iconoclast are now mourning this huge loss: