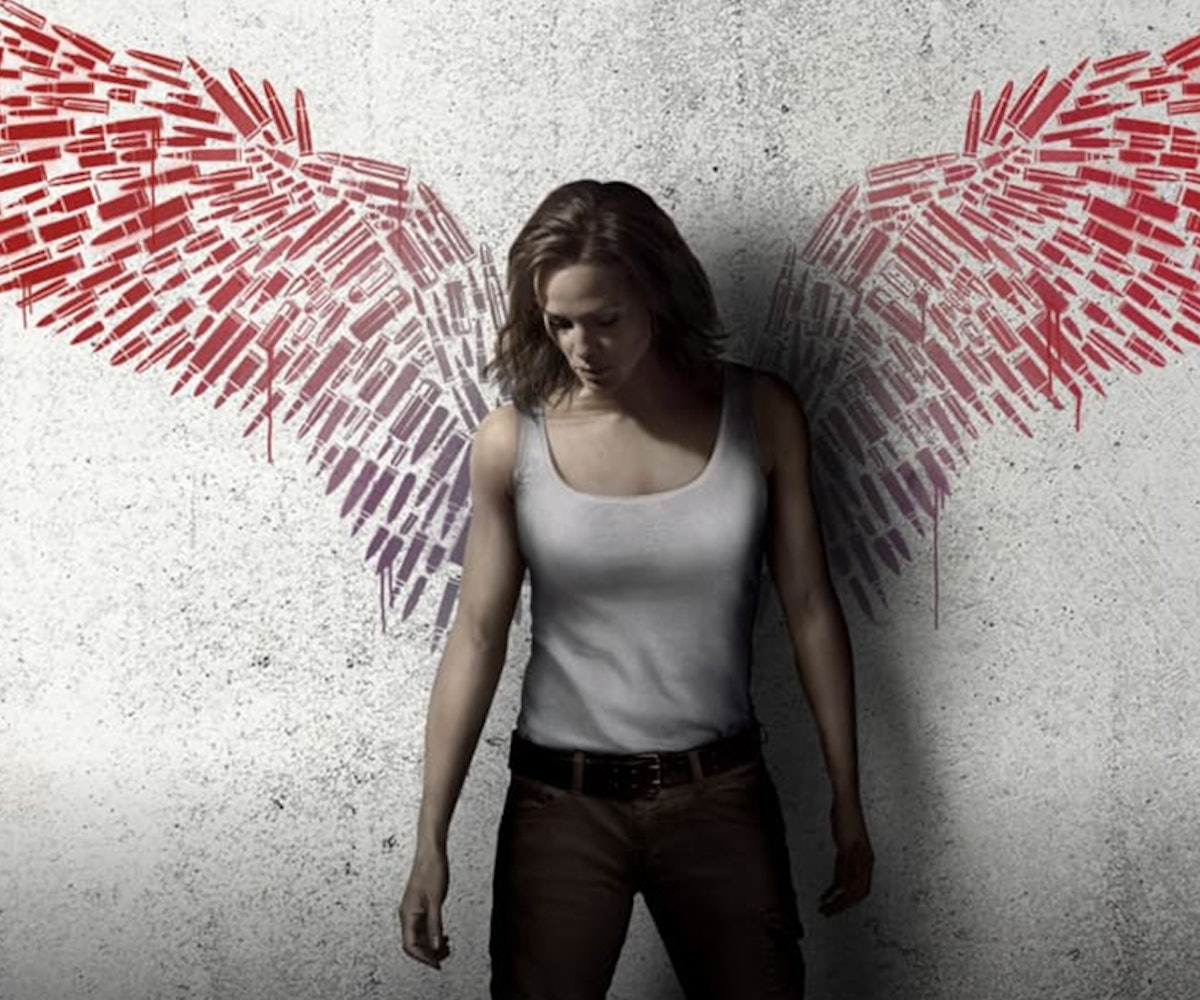 We can talk about our favorite moments in Mad Max: Fury Road or the John Wick series, but has there been a more influential semi-recent action film than Taken? The Luc Besson-produced potboiler about Liam Neeson—and only Liam Neeson—realizing the mortal danger of allowing his daughter to travel abroad and go to a U2 concert was a big hit, and did such a great job of creating a second career for Neeson as a late-period ass-kicker that plenty of similarly overqualified actors followed suit. This has become such a reliable formula that it’s remarkable, really, that it took so long for a respected middle-aged actress like Jennifer Garner to get her own action movie where she hunts down remorseless bad guys. (Putting Helen Mirren in a couple of action franchises as a jape doesn’t count.) But now, Garner’s time to kill has arrived with Peppermint, which does not come from the Luc Besson-Eurotrash action factory but is directed by Taken’s Pierre Morel.

Garner had her big breakthrough as a spy on Alias, but in movies, apart from an attempt to franchise her Elektra character from the misbegotten Daredevil movie, she has branched out to rom-coms and, most recently, as a super-mom, presumably an intersection of her own interests as a mother and Hollywood’s interests in having any actress over 28 play one. Seeing her return to ass-kicking carries Peppermint further than it should really be allowed to go, especially on the back of its relentless quasi-motivational cynicism—also predicated on Garner’s mom bona fides.

At this point, the notion of a parent (especially a mom) so adrenalized by a threat to their child that they can lift a school bus has become nearly as gospel to screenwriters as the idea that humans only use 10 percent of their brain. So it’s not that Riley North (Garner) is, say, a former black-ops soldier or even a cop; she’s just a hard-working bank teller consumed with grief when her husband and young daughter are murdered by drug dealers. When the murderers aren’t punished for their crimes, Riley goes off the grid, trains for years (something that happens offscreen without so much as a montage), and returns to exact her revenge.

Peppermint tries to ameliorate the fact that most of her targets are remorseless Latino criminals with crooked judges, sketchy lawyers, and the fact that her (white) husband got them into this mess in the first place, as well as providing a sympathetic cop played by John Ortiz (most of the other good guys, for that matter, are non-white). But the movie could have ameliorated this much better by, I don’t know, not having Garner mow down countless brown-skinned folks with her expertly curated arsenal, a compromise Morel was clearly unwilling to make or think about. This is a mother’s rage, after all; something to be cherished and encouraged at any cost.

Morel does show some improvement as an action director. The movie begins auspiciously with the camera craning down to a car with fogged-up windows, faintly rocking, creating the mild impression of sex before finally cutting to the interior, where Garner is tussling with an attacker before finally killing him. As she exits the car, the camera returns to its calm exterior and cranes back up. It’s a neat little scenelet, but it also betrays the queasiness of the movie’s cheesy winks, which come at more regular intervals after Riley’s tragic backstory is filled in. As with Taken, the movie’s feints toward “fun” are awkward, and Morel’s lack of interest in even the most basic details feels downright contemptuous. Why get into the specifics of how the system let Riley down when you can nonsensically imply that gangsters would send their lawyer to bribe a witness away, rather than try to kill her? (Or, as they seemingly do instead, bribe the judge.) Why think about how a cop might sound when you can have them bark that they need “an APB, the media, the whole deal!”

This pervasive carelessness allowed some to interpret Taken as self-aware satire of xenophobia, but the movie’s poor craft didn’t support that, nor do the cheap shots of Peppermint support any reading of it as a kind of John Wick riff on darkly comic pulp, despite some lame attempts at punchlines (though the Wick influence does make the craft a little better, lending the many shoot-outs a touch of that series’ relentlessness). Garner is a convincing action hero, and she’s fun enough in give-no-fucks mode to suggest she might do well in a genuine exploitation movie. But Peppermint can only conceive of a female action hero as one fueled by righteous anger at child peril; it may refuse to sexualize Garner, but maybe only because it can’t stop thinking of her as a mom. Really, though, she’s playing a form of audience flattery—a reassurance that your bloodlust is more noble and more human than mere action-movie fandom.

Peppermint is out in theaters now.