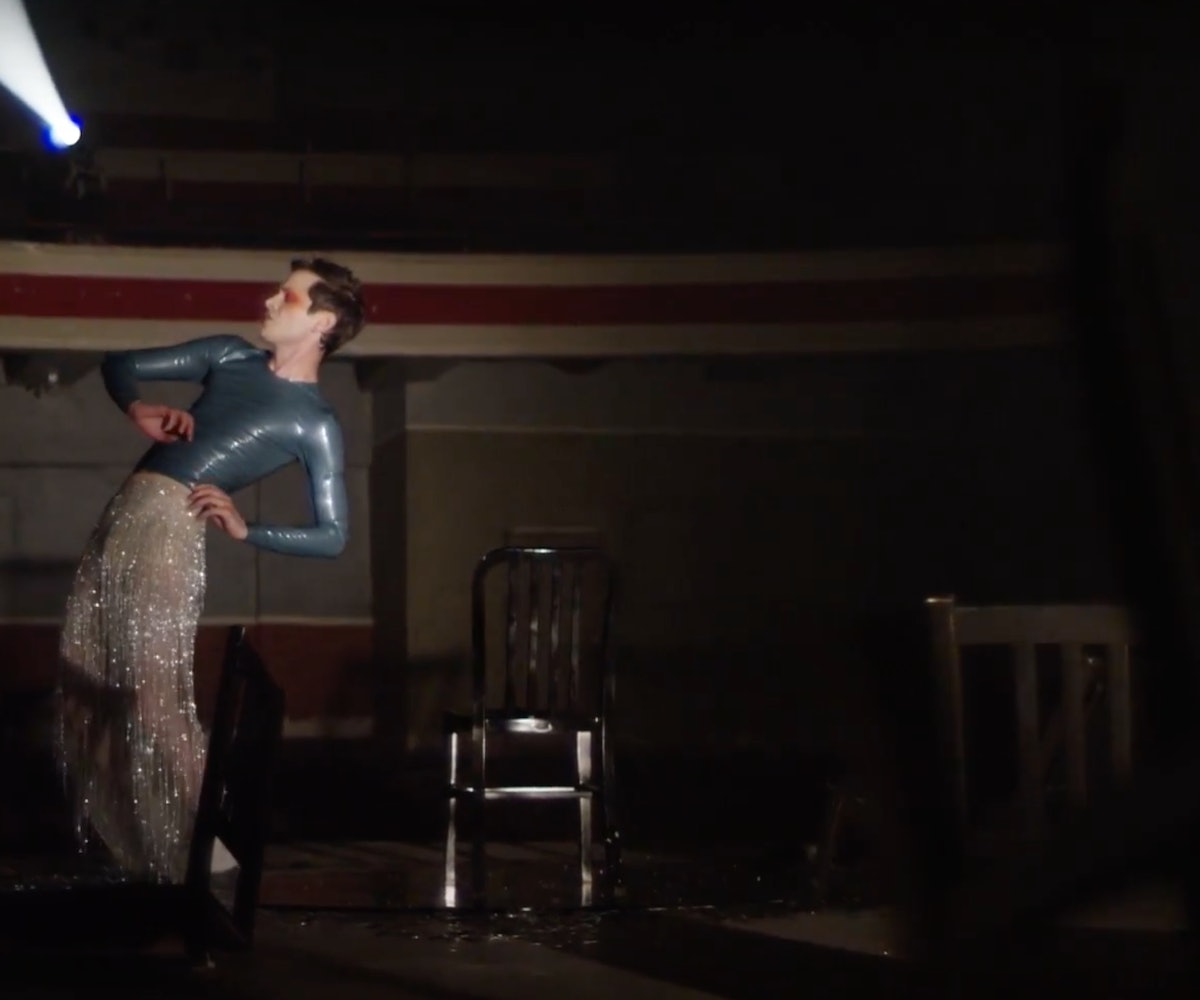 Following the release of his fourth studio album, titled No Shape, Perfume Genius blessed up today with the video for the instant trip-hop classic "Die 4 U." Directed by Floria Sigismondi, who has previously worked with David Bowie, Rihanna, and Justin Timberlake, the visuals for the dreamy song guide us through a moody, melancholic melody. Check it out, right here:

In the video, the artist, whose name is Mike Hadreas, slithers and floats ethereally upon an abandoned, somewhat Lynch-ian stage. Wearing a colorful and androgynous outfit made of Latex and fringe, paired perfectly with a face beat for the gods, Hadreas is a post-gender angel performing for an imaginary audience and crooning in a fragile falsetto.

Perfume Genius recently performed "Slip Away," the album's lead single, on Colbert and will be starting a North American tour tomorrow at the Magic Stick Lounge in Detroit.

You can stream No Shape via Spotify, below.