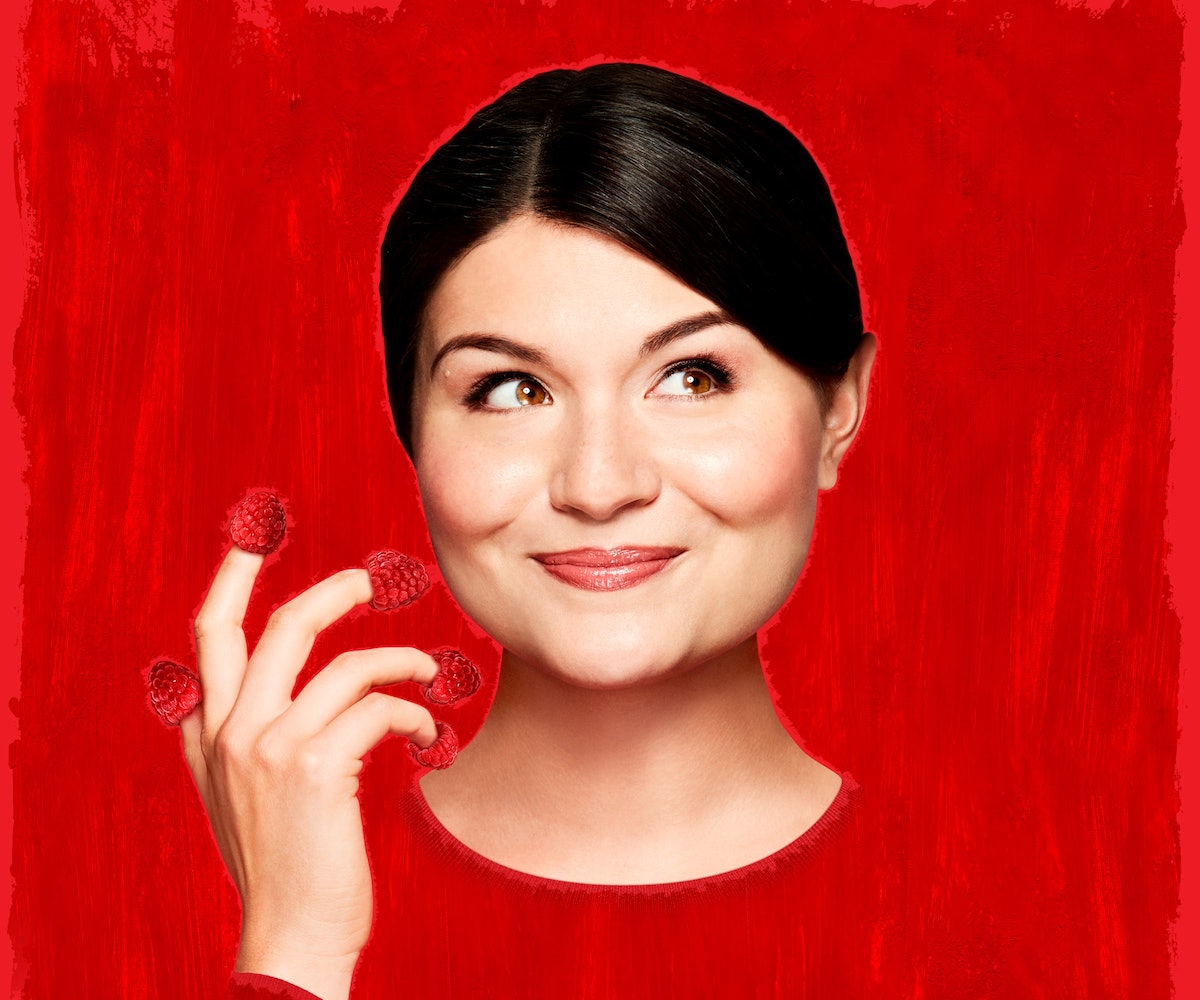 Toast, a mint tea in the afternoon, and feeling the sun on her face; like her alter ego Amélie, Phillipa Soo has a taste for life’s small pleasures. Life, though, seems to have big plans for the 26-year-old actress. Since graduating from Julliard, she’s had the rare opportunity to originate roles in the Broadways smash hits "Hamilton" (maybe you've heard of it?), "Natasha, Pierre & The Great Comet of 1812," and the musical adaption of French film Amélie. But even though she’s already hit some extraordinary benchmarks (including a Tony nomination for her portrayal as Elizabeth Schuyler Hamilton), the nature of being a performer always on the hunt for her next job is still what drives her.

“What the opportunity of doing 'Hamilton' afforded me was the ability to sit down and think what I want to do next,” she notes of her recent shift from America in 1776 to Paris in 1997. “What type of character do I want to play? It was a really beautiful conversation that I got to have with myself as an artist, to really think, Where does my heart want to go? As anxious-inducing as it is to end a chapter of a job or a piece of work that you’ve been working on for a really long time, it’s also really refreshing to have a new beginning. It affords me to have an ability to have a check-in.”

Growing up in a suburb of Chicago, Soo says she can’t remember a time when theater wasn’t a part of her life. Her mother worked in it, and family visits to shows were de rigueur. Thanks to a youth production, she realized early on she might have a place on the stage. (“I remember sitting there and watching all these kids and being like, ‘I could do that, right?’” she says. “I just turned to my dad and said that!” Amélie was also introduced early in Soo’s life, shared between friends during what she describes as a period of her teen years where they were obsessed with foreign film.

“I really identified with Amélie’s imaginative spirit, her quirkiness,” Soo says. “I identified with her because she seemed to be able to see poetry in small little things. It was very colorful, and it was about love. At that time of your life, you’re thinking a lot about the meaning of life. Will I find somebody? How are we all connected? The world just becomes bigger. I feel like that film made me reaffirm that was true. My experience of seeing the world differently was a true thing.”

Translated to the stage, "Amélie" maintains the same colorful tone as the 2001 film. The staff and patrons of the Cafe des Deux Moulins are still too involved in each other’s lives, Amélie and Nico are still two lonely hearts playing a clever game of cat and mouse, and everyone’s favorite Gallic waitress still prefers daydreaming to confronting her problems. But now, thanks to a score from Daniel Messé and Nathan Tysen, characters sing rather than speak their secrets, and in several touching moments, Amélie even gets to interact with the younger, more sheltered version of herself, played by the extraordinary Savvy Crawford. It’s a moment Soo wishes she could have —although not for the obvious reasons.

Soo’s not 100 percent sure if she believes in fate (“I feel like there are things that happen in the universe that we don’t know why or how, but I feel like we do have a responsibility for our actions,” she muses), but it still seems like there’s something drawing her along to where she's meant to be. Though for now, in a time marked by so much fear, uncertainty, and sadness, she’s just happy to be working on a show that celebrates life’s potential for beauty.

“As actors and artists, we’re always trying to assign meaning to things and trying to find the relevance of what we’re working on,” she says. “In the temperament of what’s happening in the world right now, I found that what we’re doing is reminding people that we’re all connected and also reminding people to have joy. I hope that it does that.”