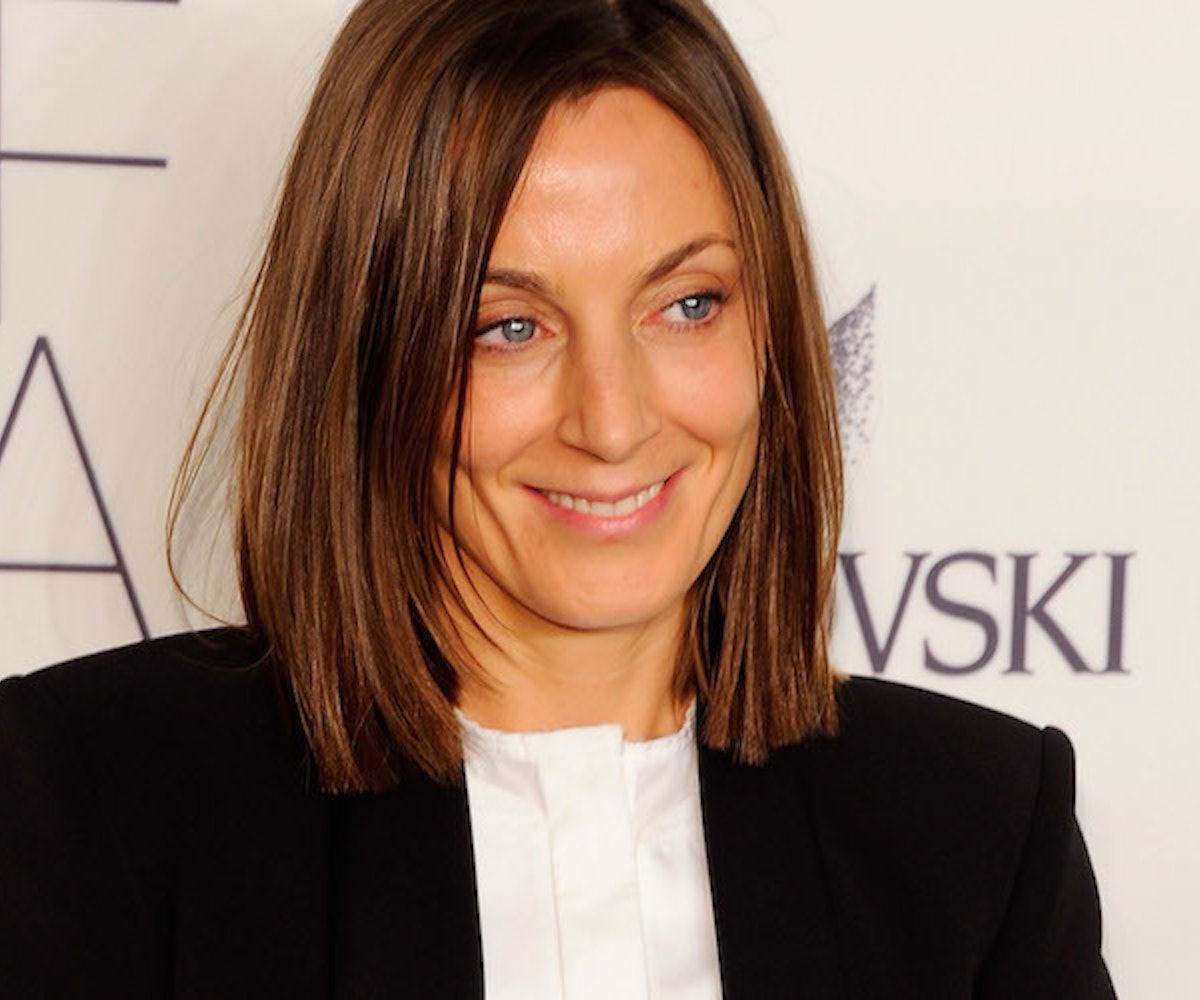 After a decade, Phoebe Philo is stepping down from her role as designer of Céline.

As WWD reports in an exclusive, the British designer will be leaving the brand, with the upcoming Fall 2018 collection (which will be presented this March during Paris Fashion Week) being her last.

Philo has brought much success to Céline during her 10-year stint, transforming the brand into a fashion powerhouse and making it a favorite amongst Cool Kid editors, tastemakers, and critics all over the world. She, and her effortlessly cool, minimal aesthetic, even brought on literary (and fashion) icon Joan Didion, who at the time was 80 years old, to be the face of the brand's Spring 2016 ad campaign.

In a statement obtained by WWD, Philo said:

Working with Céline has been an exceptional experience for me these last ten years. I am grateful to have worked with an incredibly talented and committed team and I would like to thank everyone along the way who has been part of the collaborations and conversations… it’s been amazing.

Philo began her career in the fashion industry as Stella McCartney’s design assistant at Chloé back in 1997, taking over the role as creative director once McCartney left to begin her own label in 2001. She left the brand in 2006, stepping away from the industry for two years to spend time with family before taking the reins at Céline in 2008.

Rumors of Philo stepping down have been whispered for years. Back in 2016, it was reported that she was leaving the brand, which she then vehemently denied. Through an internal memo, she and then-CEO Marco Gobbetti said that she and the brand are “more motivated than ever,” and commented on “poor journalism” and “dubious sources” that fueled such rumors.

Philo is the fourth designer to step down from a major label just this month. As Fashionista reports, Philo’s departure comes just after Nicola Formichetti announced his exit from Diesel, David Koma from Mugler, and Jonathan Saunders from DVF.

Who will be stepping up to the plate to fill these big minimalist-chic shoes? According to a source to WWD, we’ll learn of her successor within the coming months, and internal Céline design teams will be responsible for the label’s collections in the interim.

This same source also claims that Philo won’t be joining another label in the near future. Knowing that Philo puts her family first, perhaps she’ll be taking another break to spend time with them before stepping into a new role.