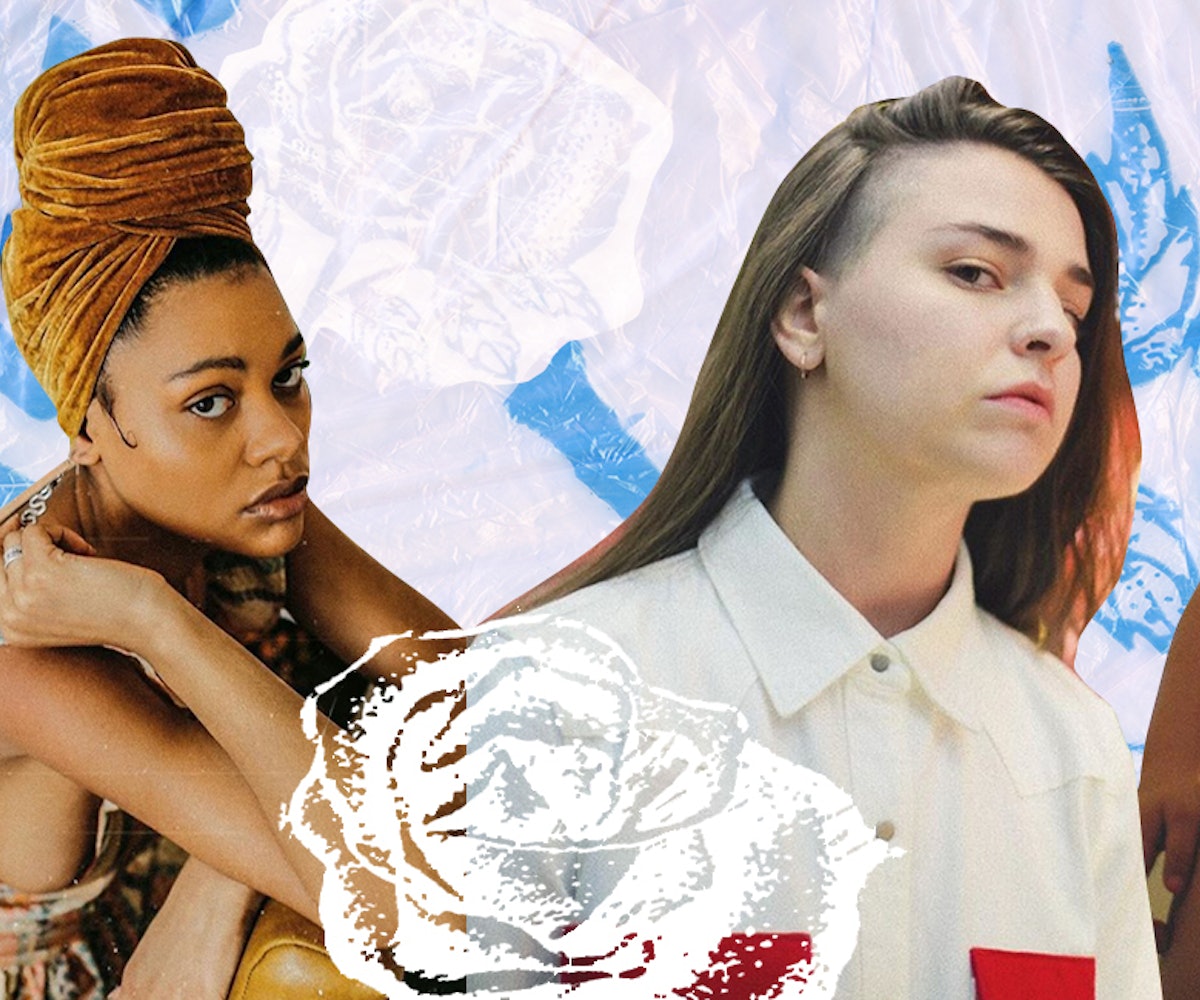 Asking where someone goes for their beauty inspiration is likely to elicit near-identical responses: fashion magazines, Instagram, the red carpet. Even at a young age, these are the places from which we source our understanding of what it means to be beautiful. But all too often, these places depict a narrow definition of beauty, rarely venturing far from mainstream ideals. And though there has been an increase in conversations about the lack of diversity and a need for inclusiveness, usually that conversation focuses on the people in front of the camera—the models—instead of those behind the lens—the photographers—even though it's the photographers who are in control of the shots. What, and who, photographers find beautiful has an impact on all those who see their work. And if only one type of beauty is represented, it further entrenches archaic beauty ideals, rather than expanding our definition of beauty.

Shingi Rice, a photographer who goes by Bluespit, says, “I feel like when you’re surrounded by people who are not relatable to you, who don’t look like you, it’s kind of hard to find beauty in yourself.” She, and many other photographers like her, are attempting to change the visual representation of beauty to make it more all-encompassing. She does this not just for the sake of diversity, but in order to help the people who see her work find the beauty in themselves. “I want to show the next generation that they can be beautiful in their way,” she says. “So that’s the kind of beauty that I photograph, because it’s the beauty that we do not see.”

Rice notes that she tries to capture the beauty in a diverse range of models, instead of sticking with those who are dominantly portrayed as beautiful in the media. “I try to—well I don’t try to, I do—represent everything that is lacking in the media right now,” she says. “So: women of color—especially black women, as I myself am a black woman; people with disabilities—I myself am a disabled person; plus size models; over 65 or just mature models; and plus-sized male models, which are very rare.” Showing the beauty in these models, she says, is her way of actively defying the mainstream. “We are told to follow certain guidelines—how to look and what to wear—and I just don’t like authority,” she adds.

For Jheyda McGarrell, it’s vital to capture beauty in people who have historically been excluded from the mainstream beauty standards. She says, “The Renaissance is just photos of beautiful white women in beautiful gowns with gold and ornate things around them, but black and brown people don’t really have the same kind of visual information, the same kind of historical context, and this whole system of creation that’s been used as validation for systems of beauty.” Representation isn’t just about visibility, it’s about overwriting centuries of invisibility.

L.A.-based photographer Bia Jurema notes the lack of alternative gender and sexual expression in mainstream beauty standards, which she has felt affected by, as a queer person. And although this paradigm is shifting, with many queer women becoming brand spokesmodels and fashion icons, equal representation is far from achieved. “The notion that gay women aren't ‘traditionally’ beautiful, whether that has something to do with their gender expressions or their general aversion toward the patriarchy, has always irked me,” Jurema says. “So, I try to defy that societal stereotype by predominately capturing queer-identifying women [in my photography].”

McGarrell tries to challenge beauty in her work as a way of redefining what she thinks beauty actually is. “I try really hard to reclaim this idea of beauty, and use my own self and other people who reflected what I saw in myself that I didn’t love, to produce a sense of love for them,” she says. “And, in that sense, make them beautiful to myself and others.” It’s more than just wanting to feel pretty—it’s wanting to feel accepted. “Women, queer or not, want to see other women who resemble them on their screens,” says Jurema.

Trying to redefine beauty standards isn’t going to change the world, but it can shift perceptions—and that, to Rice, is change enough. “I’m not saving anyone’s life right now, but I’m trying to change mindsets, and I feel like that is a little bit of change on this planet right now.”

See some of the work of these photographers, below.

NEXT UP
Beauty
Meet Matthew Newman, The Hairstylist Behind the Latest Viral TikTok Blowout Tutorial
Beauty
Leave it To Miley Cyrus To Bring Back 2000s Side Bangs
Beauty
10 Gemini-Inspired Nail Art Ideas For the Chaotic Season
Beauty
TikTokers Are Loading Up On Liquid Blush For This Viral Makeup Hack