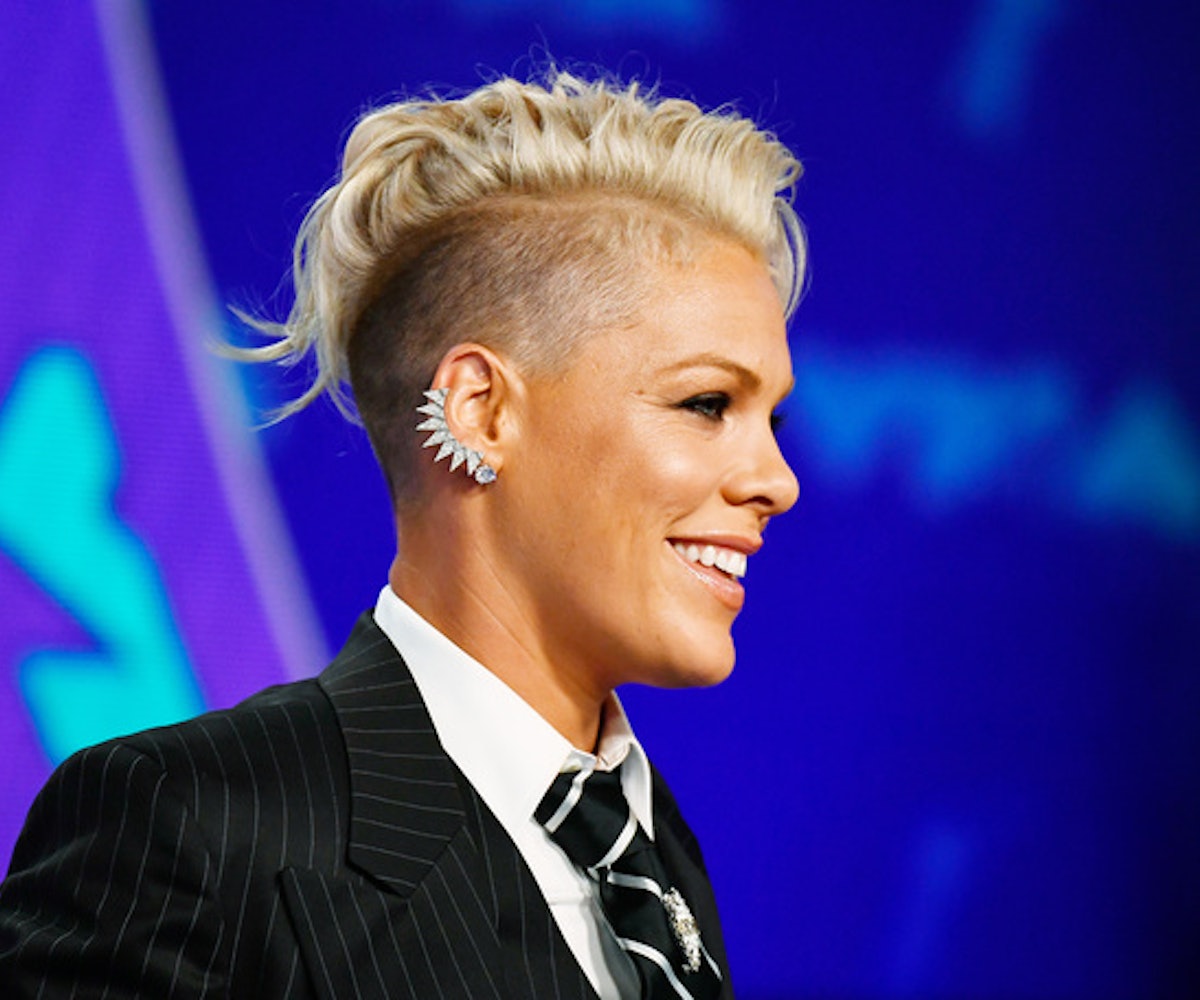 The centerpiece of each MTV Video Music Award broadcast is the Michael Jackson Video Vanguard Award, given to an artist who’s reached legend status. This year, that honor went to P!nk, who we sometimes forget has got major hits on her hands. We were reminded of that tonight when the singer took the stage to perform a medley of some of her biggest songs that span her nearly two-decade career. (P!nk was nominated for a VMA for Best New Artist all the way back in 2000.) As her husband and daughter looked on, P!nk treated the audience to snippets of jams like "Get This Party Started," “Raise Your Glass” and “So What,” rode around the stage on a lawn mower, and proved to everyone why she’s been one of our most consistently great pop stars over the years. She ended the performance with her empowering song “What About Us.”

But it was during her acceptance speech that P!nk showed why she’s an icon. After Ellen DeGeneres presented her friend with the award, P!nk asked the audience if she could tell them a story. That’s when she pointed to her daughter, Willow, in the crowd and revealed how the six-year-old told her that she thought she was "the ugliest girl I know" and that she looked "like a boy with long hair." P!nk’s message to her was about the importance of not conforming to traditional beauty standards. “Baby girl, we don’t change,” she said. “We take the gravel in the shell and we make a pearl. We help other people to change, so they can see all kinds of beauty.” You can (and should!) watch P!nk's full acceptance speech, below.