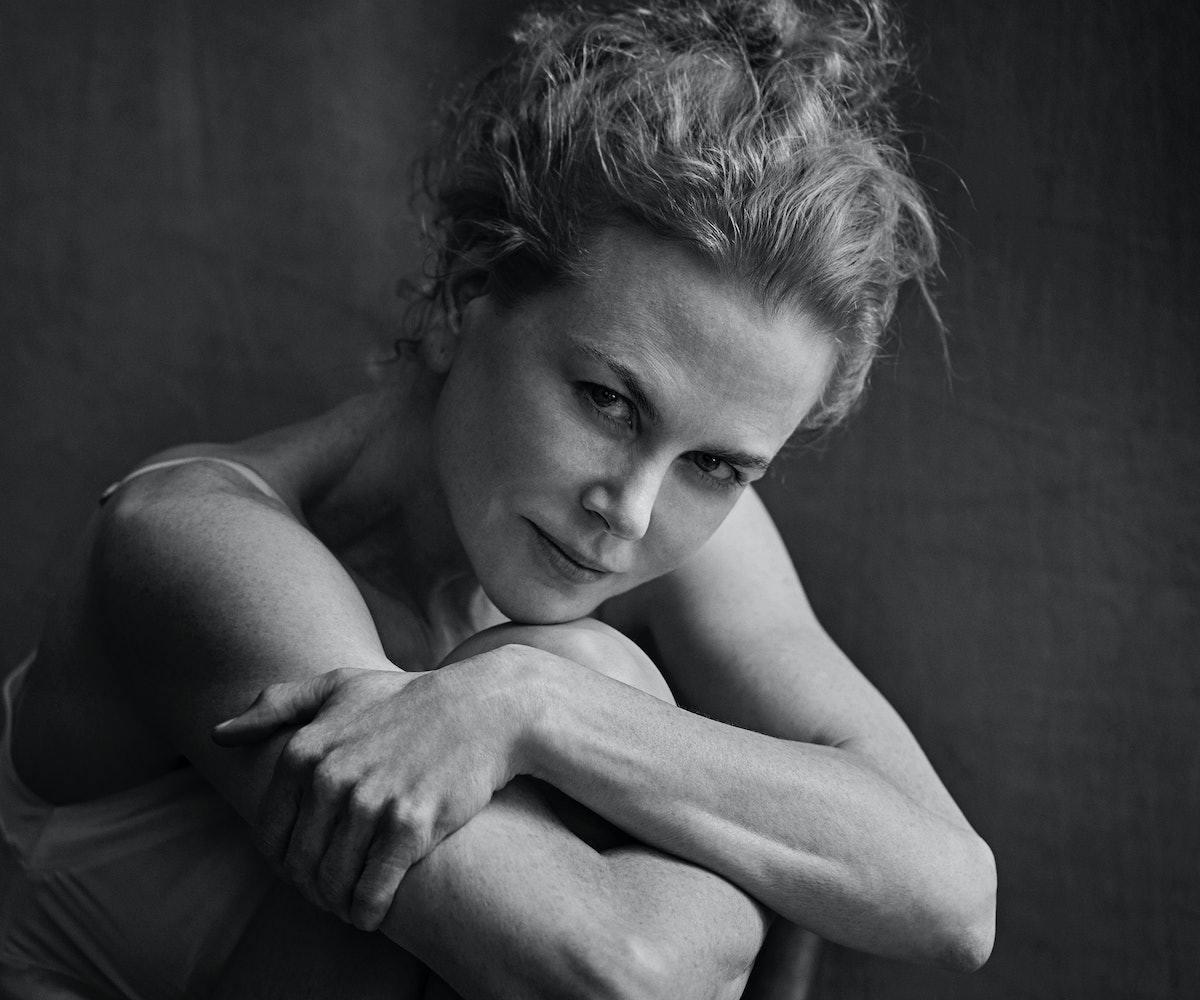 For this year’s Pirelli calendar, the stars are going unretouched.

Lindbergh notes his intention for the project was “to create a calendar not around perfect bodies, but on sensitivity and emotion, stripping down to the very soul of the sitters, who thus become more nude than naked.” He also says that featuring the actresses unretouched was a way to shift the conversation surrounding beauty standards. The photographer said in a statement:

In a time when women are represented in the media and everywhere else, as ambassadors of perfection and youth, I thought it was important to remind everyone that there is a different beauty, more real and truthful and not manipulated by commercial or any other interests, a beauty which speaks about individuality, courage to be yourself and your own private sensibility... As an artist, I feel I’m responsible for freeing women from the idea of eternal youth and perfection. The ideal of perfect beauty promoted by society is something that simply can’t be attained.

The calendar itself is available exclusively to Pirelli clients. We’re just going to go ahead and assume you’re not an active VIP customer of the tire company, so we’ve included some images from the shoot below.