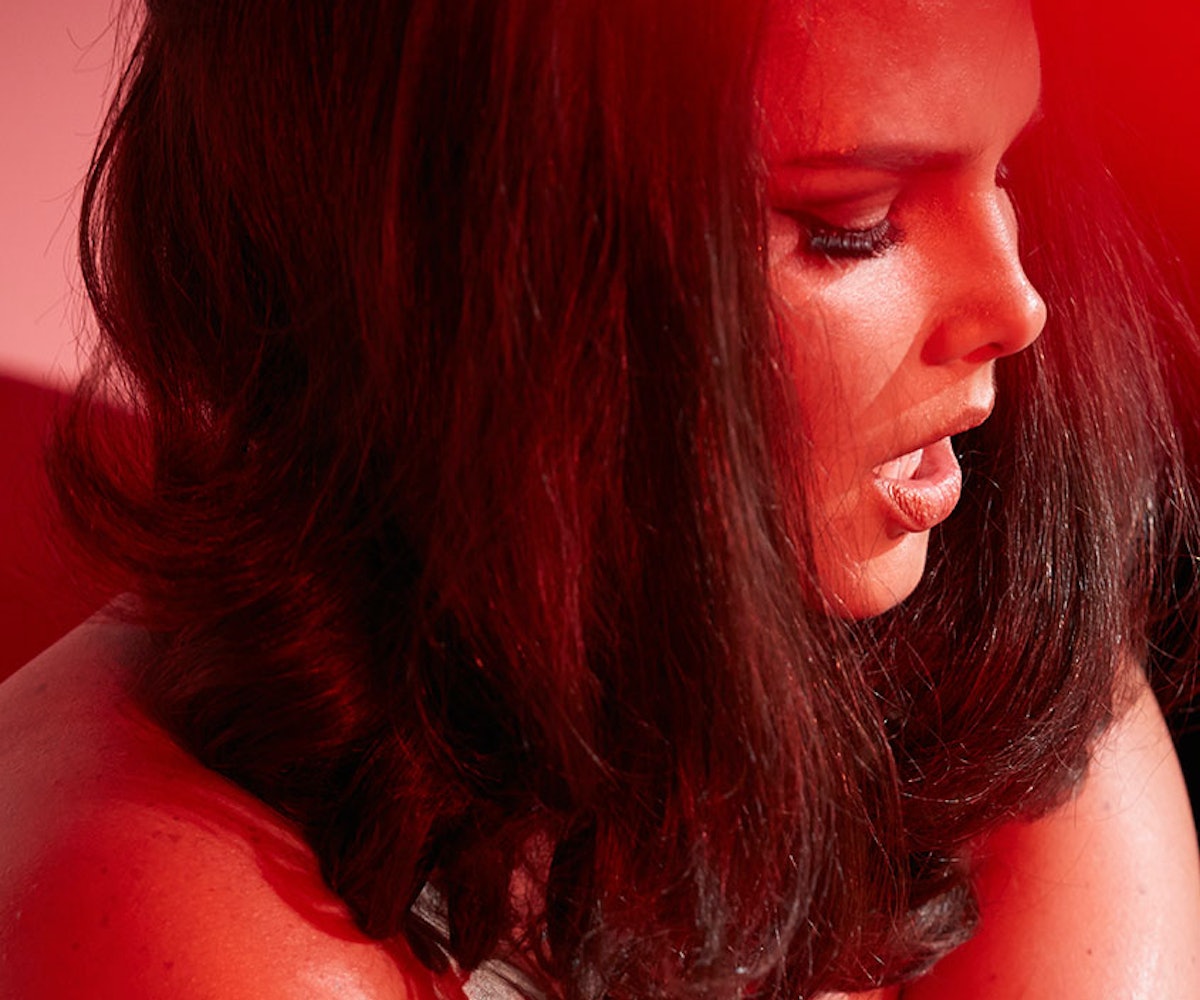 Whatever your thoughts on the Pirelli Calendar may be, there is no doubting that for almost half a century, the limited-quanitity calendar (only 20,000 are printed, none of which are available for the public to purchase) has been not only a cornerstone of international luxury, but also a milestone in the careers of the world's greatest photographers (Richard Avedon, Mario Testino, Annie Leibovitz) and models (Cindy Crawford, Alek Wek, Helena Christensen). Although Pirelli has featured curvy women in its past (like Sophie Dahl in 1998 and a pregnant Adriana Lima in 2013), 2015 marks the first time in its history that the brand is featuring someone who identifies as a "plus-size" woman as one of its models.

But don't think it's all for publicity—Candice Huffine is easily one of the most gorgeous women on the planet. At 5' 11", the size 16 model has graced the cover of Vogue Italia and been featured in V Magazine, CR Fashion Book, and Harper's Bazaar. And with this Pirelli feature, you can expect to see a lot more of Huffine...

You’ve probably been asked so many questions today about plus-size and what that means. I wanted to know what about that you found that frustrating or if are you glad it’s part of the conversation in the first place.

I talk about this on a regular basis and in general it’s a very fascinating topic for whatever reason. I understand why, but I think—actually I’m going to go on a limb and say I know—that moments like this that have just happened and moments like this launch for Pirelli, photographers like Steven Meisel, and seeing curvy models on a regular basis; it’s these moments that put that conversation to rest in a way because it’s not about all that anymore. It’s not saying, ‘What do we need to do?’ or ‘How are we going to get more plus-size models regularly seen?’ It’s happened, it’s happening, and there’s more to come. Things like this where I’m seamlessly interjected among 11 of the most stunning supermodels on the scene right now just says so much about the future. It’s not a size thing; it doesn’t matter. They could care less what size my dress was when I arrived that day or how much I weigh. It wasn’t about that and Pirelli isn’t about that. It’s about celebrating a really sexy woman—just a sensual, desirable, stunning image—that’s what Pirelli is all about. I also think Pirelli is also really about firsts of things and bold moves and so it’s just sort of the ultimate stamp and seal of approval saying, ‘Hello this is how it’s going to be.’

That’s so great. I totally agree. There’s something to me that’s luxurious about sensuality. What challenges did the fetish theme present for you and how did you tackle them?

I wasn’t completely aware that it was this latex moment and fetish was the theme throughout. I was picturing that it was varying for different girls and now that I see it in its entirety, I see the whole picture and each girl is so different but so in charge of their character in the image and I feel like this sort of same vibe rings through when you look through the whole calendar and each girl is really powerful and badass. The fetish thing didn’t really pose any issues for me. You can’t help but when you put this ensemble on that you’re going to feel like a fierce woman. I don’t want to say dominatrix, but you feel the moment and you feel what you’re supposed to be. So, it didn’t really pose any issues and I was really excited to get in there and get started.

Can you tell me really quickly about your hair in that?

My hair was really special in it and I could never recreate that myself.

So, it was just a lot of hairspray I’m guessing?

It was lot of teasing, sprays, and tricks. It was done by Guido [Palau]. He did my first Italian Vogue shoot, so he’s like the master of big, sexy hair.