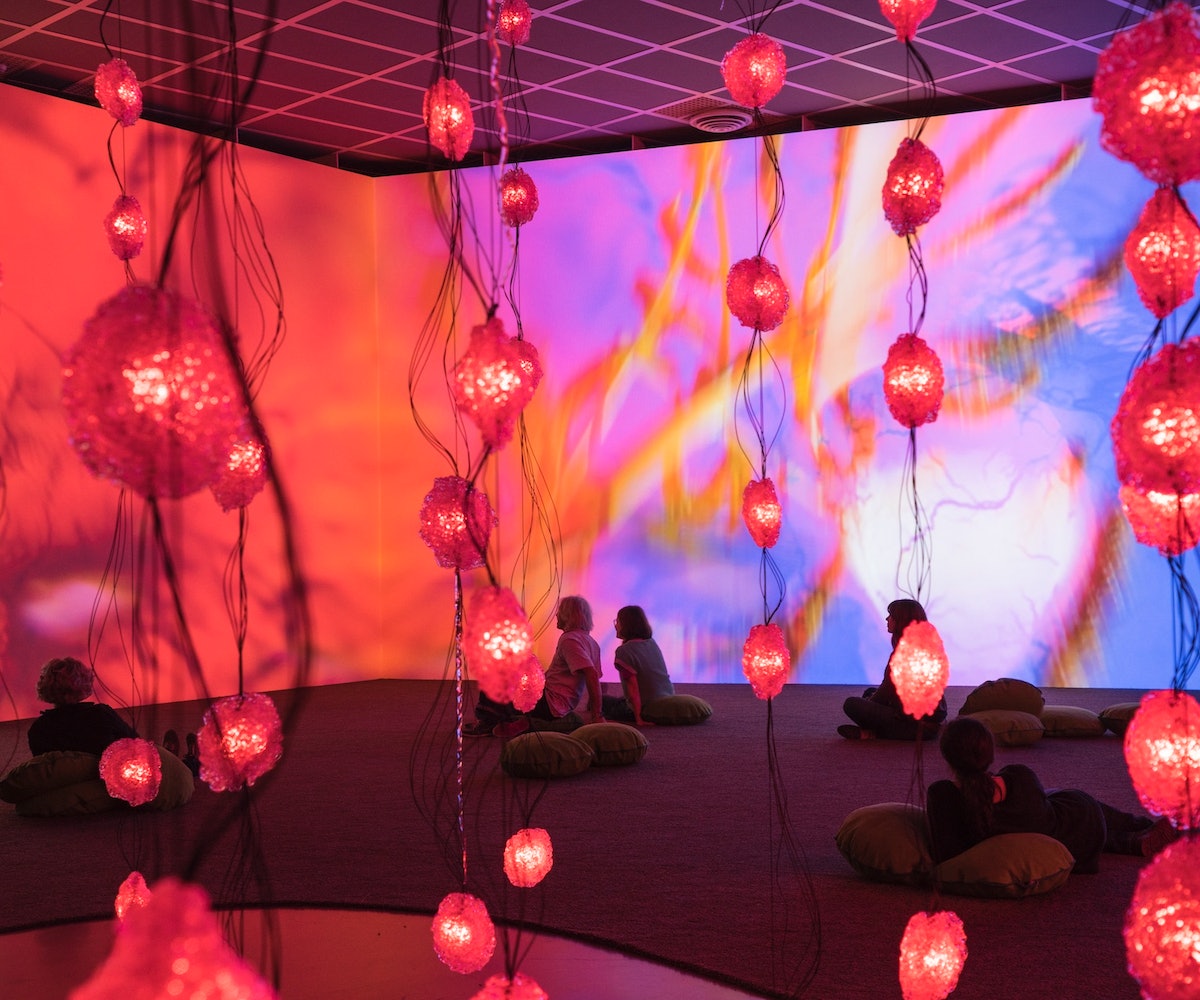 Starting today, New York City’s New Museum will display immersive video works by Swiss multimedia artist Pipilotti Rist, in the exhibition “Pixel Forest.” We consulted Massimiliano Gioni, artistic director at the New Museum, to get his thoughts on how the museum plans to present these works, and on our changing impressions of technology and art.

What drew you to Rist’s work and inspired you to bring her to the New Museum?

Rist is a well-known international artist, but has not been shown in New York often or in depth. She’s an artist who, since the late ‘80s, has looked at the way technology transforms our perception of our bodies and ourselves.

In what way will the viewer encounter the multimedia components of this exhibition?

With one of the pieces in the exhibition [the eponymous Pixel Forest], imagine an LED screen as though it’s been taken apart so that the screen becomes a sculpture through which you can move. You’re literally surrounded by pixels, almost like your own nervous system.

How does this exhibition reflect our changed perceptions of technology?

Technology is becoming a metaphor for the way we experience the world. Rist grew up witnessing a desire for images to become more and more crisp and bigger and panoramic, but the future actually meant that images were becoming paradoxically smaller. Now we consume films, TV, and more in intimate spaces.

How would you characterize the artist’s views on technology?

Unlike many of the other artists from her generation, Rist has looked at technology with a sense of optimism. I think she’s also very much aware that the technology can wake up new spaces of perception and new spaces of participation.

NEXT UP
Culture
For The Girls Of Forever Magazine, What's Forever Is Friendship
Culture
Marie Faustin Loves To Waste Men’s Time
Culture
Puma Releases Art Book Who’s Who: New York Local Edition
It Girl
Madison Bailey Is Embracing The "Elegance" of Being in Her Mid-20s
Style + Culture, delivered straight to your inbox.