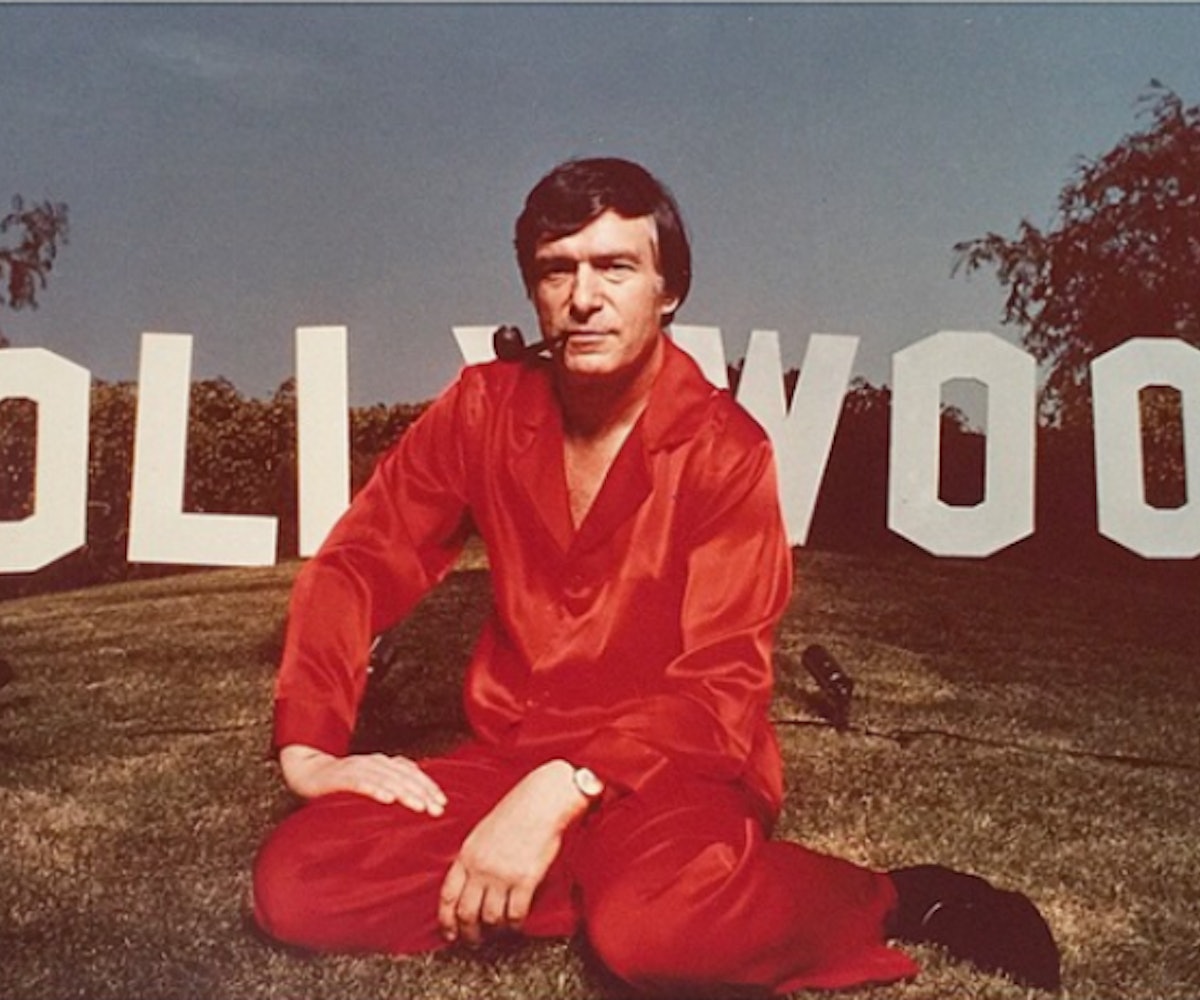 Iconic is a vastly overused phrase, don’t you think? Not everything or everyone is deserving of the label. However, Hugh Hefner—and the legacy he left as the founder of Playboy—is. As divisive of a figure as he might have been, Hefner contributed a lot to our culture, in ways both good and bad.

There’s a running joke that nobody reads Playboy for the articles, but the magazine published some of the best writers of its time. Everyone from Gabriel Garcia Marquez to Margaret Atwood to Roald Dahl to Jack Kerouac contributed to issues, while fascinating interviews with James Baldwin, Miles Davis, Bette Davis, Steve Jobs, Malcolm X, Martin Luther King, Jr., John Lennon, and Yoko Ono spanned the pages.

Whether we’re talking about Hefner as a leader in the sexual revolution or a “sadistic pimp,” the evolving magazine, or the famed Playboy Mansion, there is, for sure, a lot to talk about. Ahead, we round up 20 of the most iconic moments you should know about.

1. Marilyn Monroe gracing the first-ever cover of Playboy in 1953:

The images for both the cover and spread were originally taken for a calendar and sold to Hefner.

2. Playboy campaigning for abortion rights in the ‘60s:

The magazine published pro-abortion rights articles and interviews as early as 1963.

In the interview, Davis speaks candidly about his feelings on racism.

"You had a courage when no one was bringing in blacks and minorities, and let you stand flat-footed in America and just talk, you brought me in," Gregory told Hefner during a 2001 Comedy Central roast (he was being sincere, despite the usual purpose of the show). "You didn't give me a lecture. You gave me no instructions."

6. Hefner’s guest appearance on Sex and the City:

The moment most fans had been waiting for: Sex-crazed Samantha Jones meets her idol and gets invited to the Playboy Mansion. Things don't, really, go as planned though.

Naturally, when Vinny, Ari, and crew hit up a party at the Mansion, drama ensues.

8. And The Fresh Prince of Bel-Air:

Carlton does the bunny hop at the Mansion, which is about all you really need to know.

9. An interview with Malcolm X done by Haley that spurred The Autobiography of Malcolm X:

The foreword for Haley's long and fascinating Q&A reads: "Many will be shocked by what he has to say; others will be outraged. Our own view is that this interview is both an eloquent statement and a damning self-indictment of one noxious facet of rampant racism. As such, we believe it merits publication—and reading."

Haley interviewed the activist right after he won the Nobel Peace Prize. It was the longest interview King ever gave any publication.

It tells the story of a woman named Julie who discovers the 2,000-year-old body of a man as she learns of her partner's cheating ways.

He delivers lines like: "Someone asked me the other day, 'What does it feel like now to have a hood pass?'" and, says of Jessica Simpson, "That girl is like crack cocaine to me... Sexually it was crazy. That's all I'll say. It was like napalm, sexual napalm."

The spread is also worth a gander.

14. Ray Bradbury publishing parts of Fahrenheit 451 in the magazine:

Playboy serialized the novel one year after its release and is believed to have been a major factor in its success.

In 2016, Hefner was accused of helping Bill Cosby drug and sexually assault a teenage girl.

The founder held a fundraising event at the Mansion in which letters from the landmark were auctioned off for $27,000 each.

Last month, Hefner's son told The Hollywood Reporter that the family didn't "respect the guy." The guy meaning Trump. "There's a personal embarrassment because Trump is somebody who has been on our cover," he said.

She first landed on the cover in 1992 as Vickie Smith and appeared on three more after that.

Most notably, he gave Gregory the funds to help locate the bodies of three slain Civil Rights workers in Mississippi in 1964.

The activist goes undercover as a Playboy bunny to reveal what life is really like inside the Mansion (hint: not that great).