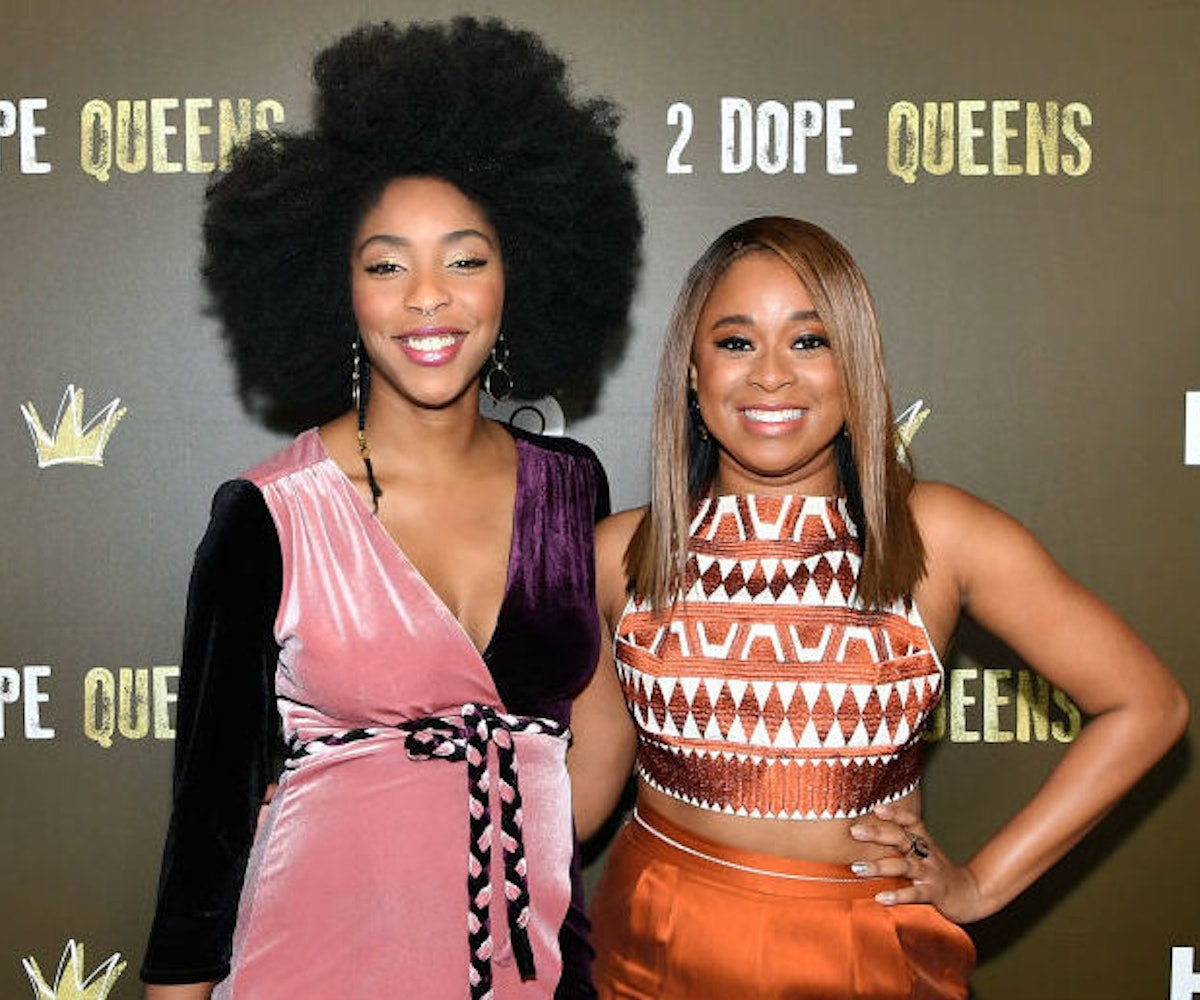 Ah, podcasts. Either you're obsessed with them, or you know nothing about them. But everyone with an iPhone and an idle set of ears deserves to unlock the potential of the podcast, with its hours and hours of entertaining possibility. However, since the sheer surplus of audio can seem pretty overwhelming, let this podcast guide help you navigate the wild wild world of sonic entertainment as we break down some of the stand-out podcasts from different categories.

First up: comedy. Since podcasts are prime options for the dreaded morning commute, a healthy dose of humor to start your morning can seriously set the mood for your day. These five selections have proven to be consistently hysterical, with refreshing formats, unique perspectives, and, of course, great hosts. If you’re lucky enough to listen to these in a private setting, well, congratulations, because the following podcasts will likely make you laugh so hard that people on public transit will definitely think you're crazy. Good luck!

2 Dope Queens has quickly climbed to the top of the podcast podium, and for good reason. It's recorded with a live audience in New York City and was recently adapted to television for a four-part HBO special. Comedians Phoebe Robinson (who has since begun hosting the spin-off, Sooo Many White Guys) and Jessica Williams (formerly of The Daily Show and star of the lovely Netflix original The Incredible Jessica James) brilliantly helm this podcast, the first comedy show from WNYC. The hosts welcome comedians, actors, and musicians to talk about race, gender, sex toys, and U2, and engage in offbeat conversations that seem more between friends than host and guests. With a balance of high-profile guests from Abbi Jacobson to Kevin Bacon to a wonderful collection of up-and-coming LGBTQ and POC comedians, you never know what will happen or who you'll hear.

If you only listen to one episode, definitely do “Carrie Brownstein’s First Date.” Brownstein (Portlandia) is a badass blessing to us all, but especially to Williams (Brownstein is Williams' "shero"). Williams even shares the story of making her mom drive her to Coachella as a kid to see Sleater-Kinney, and it's really sweet.

Remember all those soul-crippling jobs you worked as a teen? Well, believe it or not, now-famous comedians once had them, too (celebrities—they’re just like us!), and Entry Level is here to discuss them. Host Brooks Wheelan, best known for a one-season stint on SNL (highly recommend his hilarious Weekend Update appearance if you're looking for a laugh), interviews friends and former co-stars about what they did for a dollar before they hit it big, and who knew tales of menial labor could be so entertaining? Listeners are regaled with hilarious workplace woes, like YouTuber Grace Helbig’s inability to stop TJ Maxx shoplifters and SNL star Kyle Mooney’s deathly fear of the Disneyland popcorn machine. You’ll also hear a lot about Wheelan’s time working in an Iowa cave for minimum wage, the time Andy Samberg called out his newly pierced ear, and all the sketches he got cut out of during his time on SNL (and how salty he still is about it). There's also a bonus episode where listeners submit all the songs that their jobs have ruined for them, which is as #relatable as it gets.

If you only listen to one episode, it’s gotta be Nicole Byer’s. While many guests talk about how they were stolen from on the job, Byers talks about her perfected stealing tactics and the multiple times she was arrested for shoplifting. Her tales of working at a tacky women’s clothing store called Joyce Leslie led me to hysterically (and embarrassingly) laugh out loud in a public setting, and I hope it does the same for you.

Unqualified is a refreshingly candid and heartwarming podcast that combines zany celebrity interviews with dilemmas sent in by real people. The podcast checks every box, with a great sidekick in the form of Faris’ longtime friend Sim Sarna, a distinct format, and celebrity guests from Macaulay Culkin to Emma Roberts to Allison Janney. Guests start out playing fun games like “deal breakers” and role play in whichever persona Faris chooses to confront them with (a run-in with an obsessive fan or a dreadful date with a jerk) and then move on to take calls from listeners. Callers divulge a serious problem in their lives (often romantic) and Anna, Sim, and her guest(s) try to give some applicable advice despite being totally unqualified to do so. Come to this podcast for the crazy celebrity antics, but stay for how surprisingly earnest Faris and her guests are in helping the listeners solve their problems. The best part? Faris and Sarna follow up with their callers later, so we get to hear whether or not they took the advice and how things turned out.

If you only listen to one episode, PLEASE let it be the recent Zoey Deutch and Billy Eichner ones, but if you're willing to do a deep cut, definitely check out the two-part Jenny Slate and Chris Evans episode from 2016. They do improv, discuss growing up in Massachusetts, and give some genuine advice to a woman about to drive around the world with her husband. It's great.

Why Won't You Date Me? hosted by Nicole Byer

We’ve all (rhetorically) asked ourselves this question, but Byer is seriously hellbent on answering it. Why Won’t You Date Me? sets out to determine why Beyer is perpetually single, and talks to various guests, hoping to find the answer. And with topics covered ranging from threesomes to sexting to peeing on people’s floors, it's clear that anything goes; it's also consistently entertaining, full of raw and honest conversations that make you feel like one of Byer's closest confidants. And if that doesn't intrigue you, come for exclusive knowledge about the mysteriously elite Hollywood dating app Raya, where famous-ish people apparently pick out theme songs for their profiles. It seems to come up fairly often, and now that Byer has finally been accepted on the app (there's an episode entitled "Nicole's finally on Raya!"), you know we'll be getting some juicy celeb dating deets.

If you only listen to one episode, you must choose “Body Positivity” with Tess Holliday. It's a refreshing conversation about loving the skin you’re in, where Byer and Holliday talk about meeting on the "curvy episode" of “Steve Harvey” and the time Holiday’s friend hooked up with a boy band member on, you guessed it, Raya!

Though Armchair Expert just began in February, it very quickly soared to the top of the podcast charts. On the podcast, Shepard aims to put his anthropology degree and a decade of sobriety to use to look at “the messiness of being human,” and definitely succeeds. Episodes feature Shepard reuniting with Parenthood co-stars Lauren Graham and Joy Bryant, chatting with Ashton Kutcher about their amazing wives, and complaining to Zach Braff about always getting mistaken for Zach Braff. Mixing jokes with genuinely interesting and revealing conversations, Armchair Expert is a must-listen that’ll keep you locked in from start to finish, a true feat as episodes often hover around the two-hour mark.

If you only have time for one, it should for sure be the Kristen Bell (Shepard's wife) episode! It's not often you get to hear a conversation between a truly beloved celebrity couple in podcast form, so run, don’t walk, to this one. Here, they share their dating stories and discuss their marriage, but the best part is when Bell recites verbatim a press-on nails commercial she still has memorized from her early days of acting.