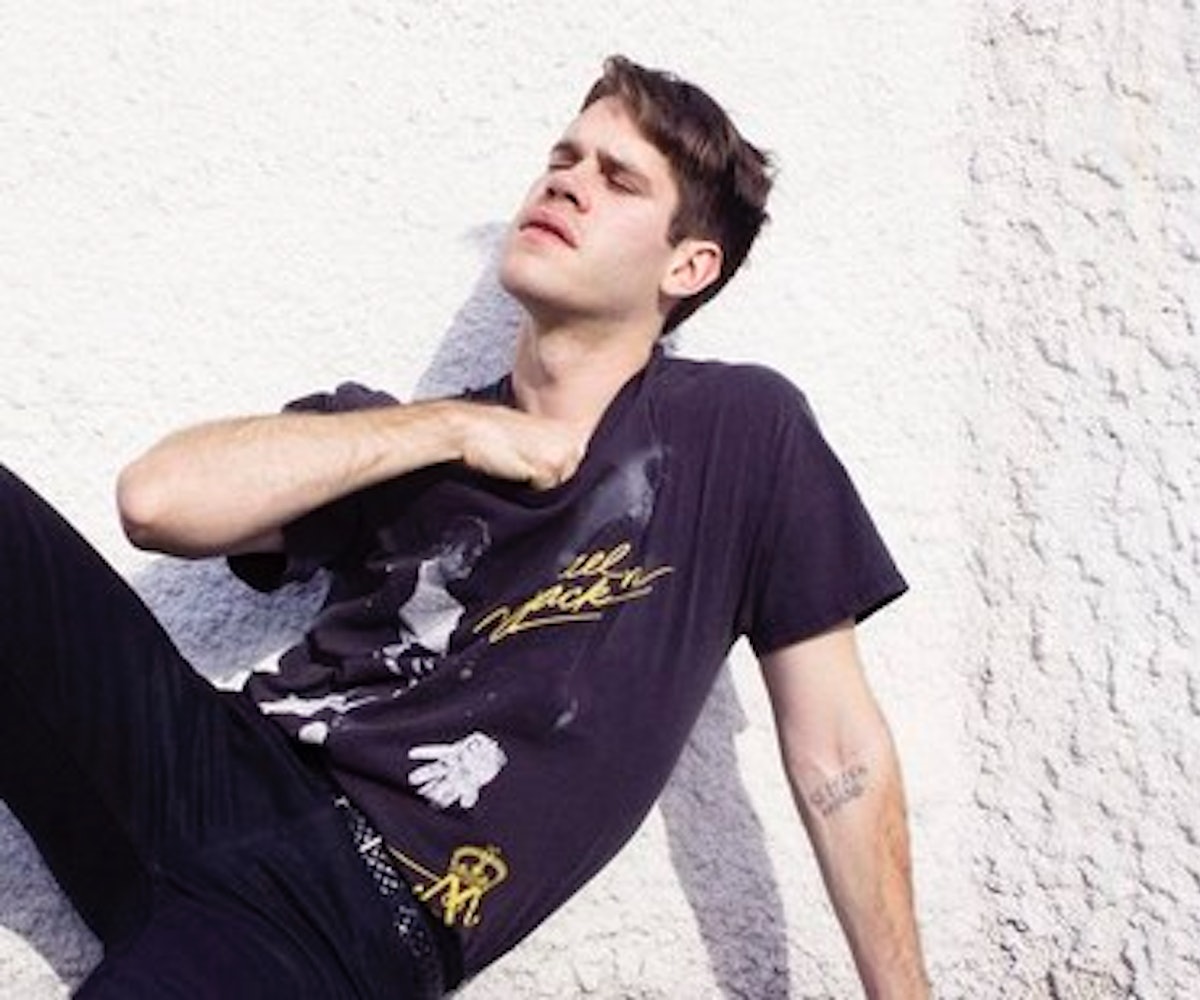 Alone in his apartment, Aaron Maine produces magic. Using alluring production tools, lush synthesizers, and his mind entrenched in melancholia, the musician and brainchild behind synth-pop band Porches creates a pool of sound in which it is easy to drown; but come on in, the water is more than fine.

Earlier this year, Porches released its highly acclaimed sophomore album Pool, which has since been followed up by the Water EP. While differing in terms of production, the two works encapsulate Maine’s ability to produce music submerged in introspection and explore the romantic dichotomy inherent to melancholy. “Like most things in life, [melancholy is] bittersweet. It has two sides to it,” says Maine. “I find the most beauty in those sort of situations.”

Porches’ music feels vast with synthesizers that pull like the tides and yearning melodies with lyrics that search to be a part of something—thus reflecting Maine’s affinity for the wistfully solemn, or a feeling he would describe as an “exciting, floating, tingling sensation.”

Maine’s music reflects his feelings as the sole part of the writing, recording, and production of Porches. Every piece of the process is done directly from his apartment home-studio in New York, functioning like the professional dreams of a bedroom experimental electronic artist brought to life.

“It makes me really happy—kind of really closest to the happiest I get—from recording and writing. When I get something good or drop something special into the world, it’s like a high and it’s crazy how fast it can turn around, anything that I’m doing," he says. "If I have something like that to hold onto, it feels exciting. It’s not really tangible, but it’s something that you have that will exist forever.”

Maine said it felt almost therapeutic to write and release the melancholic songs. “Writing them was sort of like a victory and cathartic to get it out in the world, so in a way it was positive for me to have that transfer through," he says. “It always just felt really good to share it with people. It sounds different in a way when you know something is out and it’s final and you can’t really change it anymore, but I kind of like how that feels—the release knowing that it’s out there and you can’t work on it anymore."

Since the release of Pool, Maine has learned not to be scared to experiment in all aspects of his life. In a way, he's learned to own who he is in the ongoing journey of self-discovery.

When Maine first set out to make Pool, he said a sense of excitement washed over him, creating what came to be the initial demos on the recent Water EP. After some polishing, and the crafted introduction of tinged rock elements, Pool came to full fruition.

Throughout the entire process, though, a sense of melancholy stayed with him, as well as a striking fascination with water; his reminder “that you are a part of something bigger,” even when this may be hard to remember in your current, lonesome reality.

As Maine’s delicate solo artistry and vision for sound with Porches continues its wave-like crash over the industry, it's pretty hard not to want to submerge yourself in the entrancing pool that is Porches.