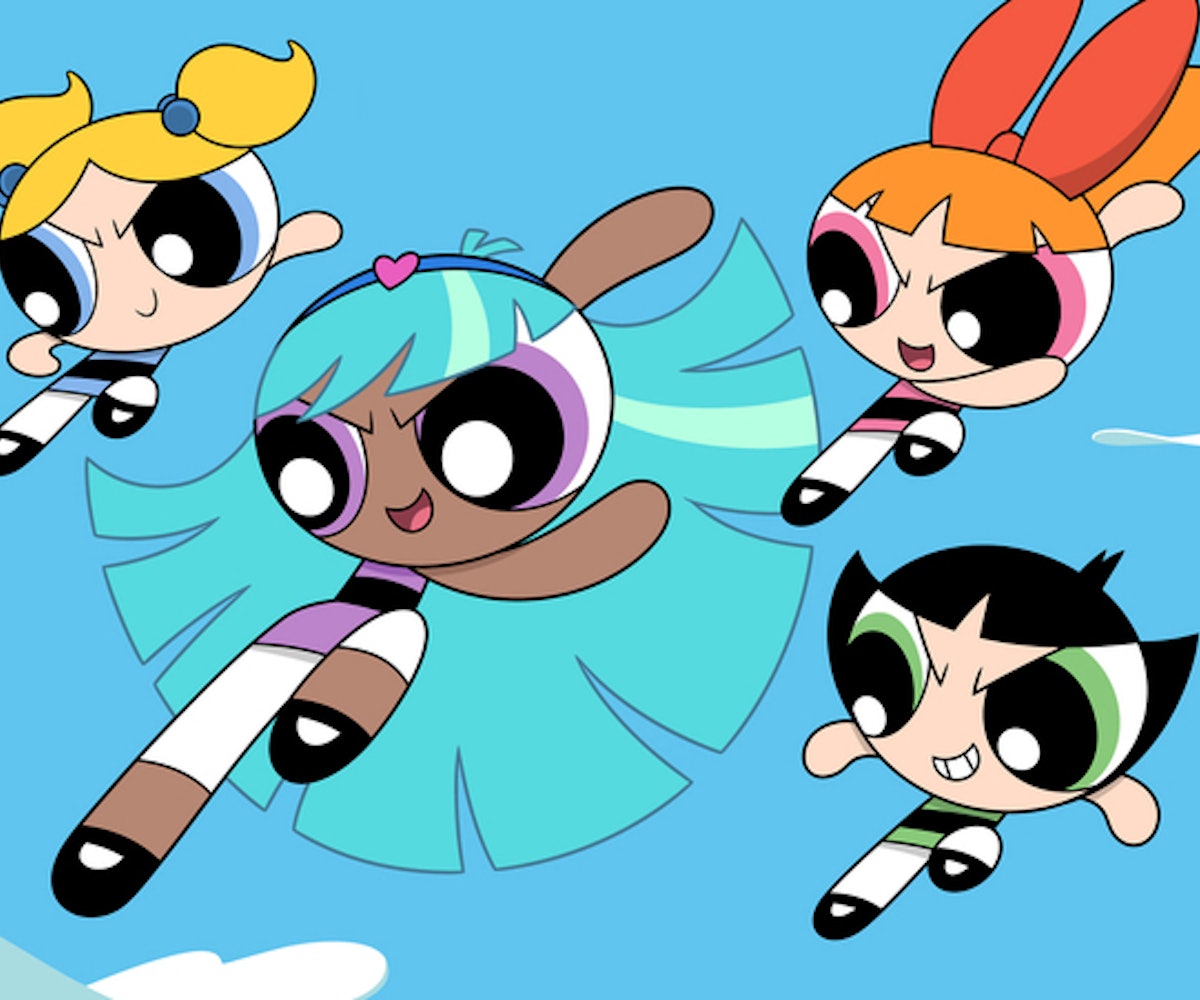 Apparently, Professor Utonium had made the first Powerpuff Girl before there was ever a Blossom, Bubbles, and Buttercup. The world met this mystery sister last night when Cartoon Network aired the first installment of its five-part movie series, The Powerpuff Girls: The Power of Four. Her name is Bliss, and she, well, self-implodes.

As PPG lore goes, before he landed on sugar, spice, everything nice with a hint of Chemical X, Professor Utonium used Chemical W. This recipe resulted in Bliss, a Powerpuff Girl with unique telekinetic, teleportation, and energy powers. Because she explodes when she feels something too much, she went to live in solitude on Bird Poop Island. A decade went by, though, and Bliss returned to Townsville, throwing a whole wrench into the Powerpuff Girls' lives.

Bliss will be sticking around for the better part of the future episodes. Perhaps then her character will develop into the superhero she wants to be because right now, she's just a teen trying to keep her emotions under control so she doesn't cause harm to anyone. Come to think of it, that sounds a lot like being an actual teenager...

NEXT UP
Fashion
Chloë Sevigny and Warby Parker’s Third Collaboration Is Here
Fashion
Balenciaga Will Reward You For Selling Your Vintage Bags Back
Nylon Nights
Post NYFW, Chanel Gathers All the Girls for Annual 'Through Her Lens' Lunch
Entertainment
The 2023 Met Gala Theme Is Karl Lagerfeld: A Line In Beauty