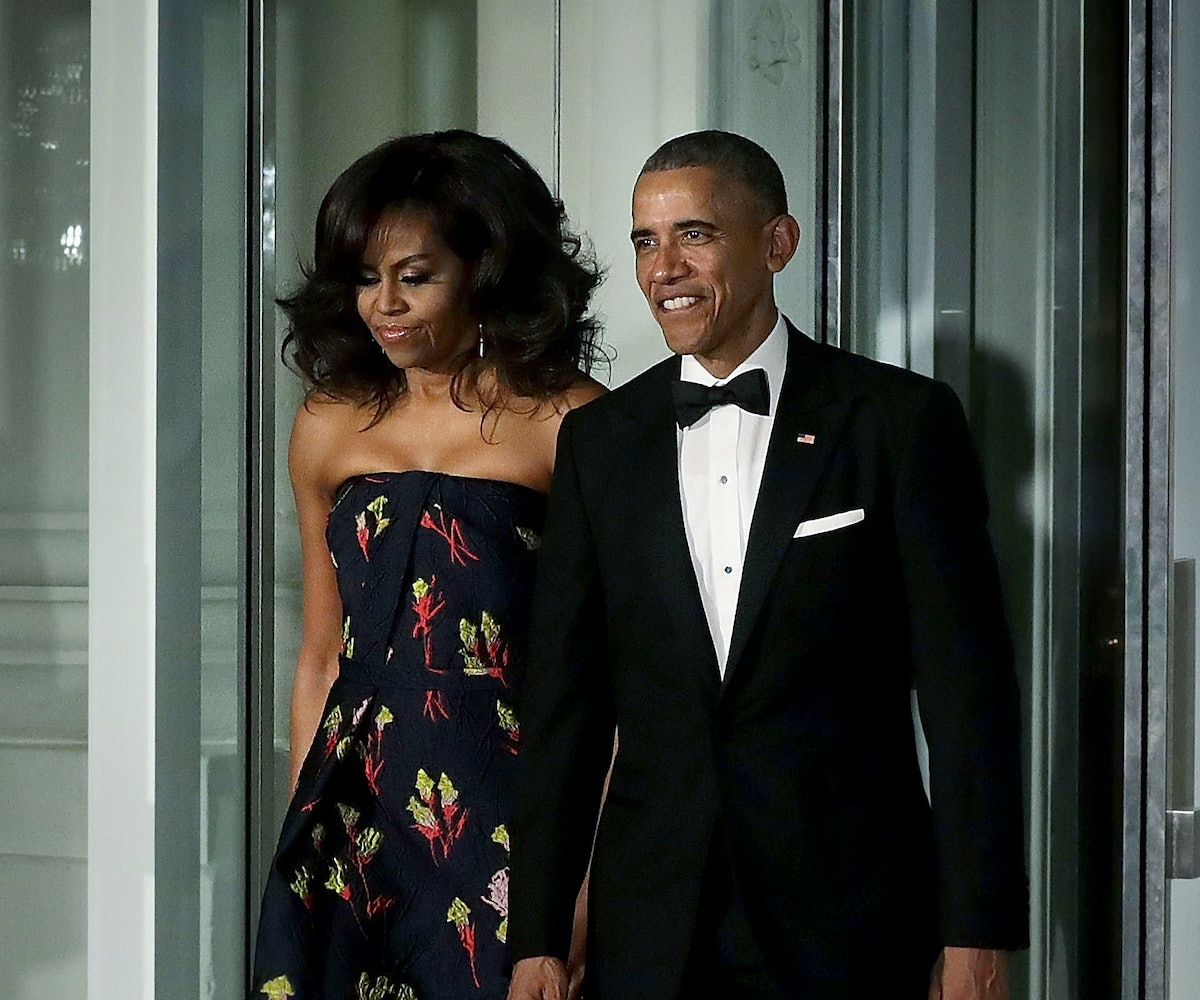 All politics aside, the Obamas are one of the most fashionable families that this country has ever seen. (Say it ain't so, Jackie O.) Since the United States of America has been established, our society has always adhered to white, Eurocentric beauty standards. As the first-ever black family in the White House, we can only imagine the level of pressure that Michelle, Malia, and Sasha have dealt with throughout the course of their eight years, with the whole nation watching their every move. It's a huge burden to carry, but they all managed to stay on top—and with impeccable style, mind you.

President Obama discusses many important issues that are faced by the black community, but until recently, we had never heard him weigh in on matters that affect black women in particular. During an interview with Time reporter Maya Rhodan, ballet sensation Misty Copeland and the President addressed a variety of topics, such as how they navigate through their respective work fields, how race factors into every aspect of their lives, and how, more importantly, they rise above all obstacles that are set against them literally and figuratively. Upon being asked if he has ever noticed his daughters struggling with the pressure to fit in with their peers as young black women, President Obama responded like any father would—carefully but with conviction. His remark is long, but worth reading all the way through because all of his points are valid:

I mean some of this is just gender issues, generally. I mean when you're a dad of two daughters you notice more. When I was a kid I didn't realize as much, or maybe it was even a part of which is the enormous pressure that young women are placed under in terms of looking a certain way. And being cute in a certain way. And are you wearing the right clothes? And is your hair done the right way? And that pressure I think is historically always been harder on African-American women than just about any other women. But it's part and parcel of a broader way in which we socialize and press women to constantly doubt themselves or define themselves in terms of a certain appearance. And so Michelle and I are always guarding against that. And the fact that they've got a tall gorgeous mom who has some curves, and that their father appreciates, I think is helpful.

I do think that culture's changing for the younger generation a little bit more. You see Beyoncé or you see some of these pop stars and what both white, Latino, black children are seeing as representative of beauty is much broader than it was when I was a kid. You just didn't see that much representation. And that's healthy and that's encouraging. But it's still a challenge. I mean Malia will talk about black girl's hair and will have much opinions of that. And she's pretty opinionated about the fact that it costs a lot, it takes a long time, that sometimes girls can be just as tough on each other about how they're supposed to look.

And so it's, as a parent, that's a constant learning process that you're trying to hold the fort. And that's why somebody like Misty ends up being so important. A lot of it is the power of that image, even if they're not dancers, even if they're not interested in pursuing a career in entertainment or the arts. For them to know that that's valued end up making a big difference."