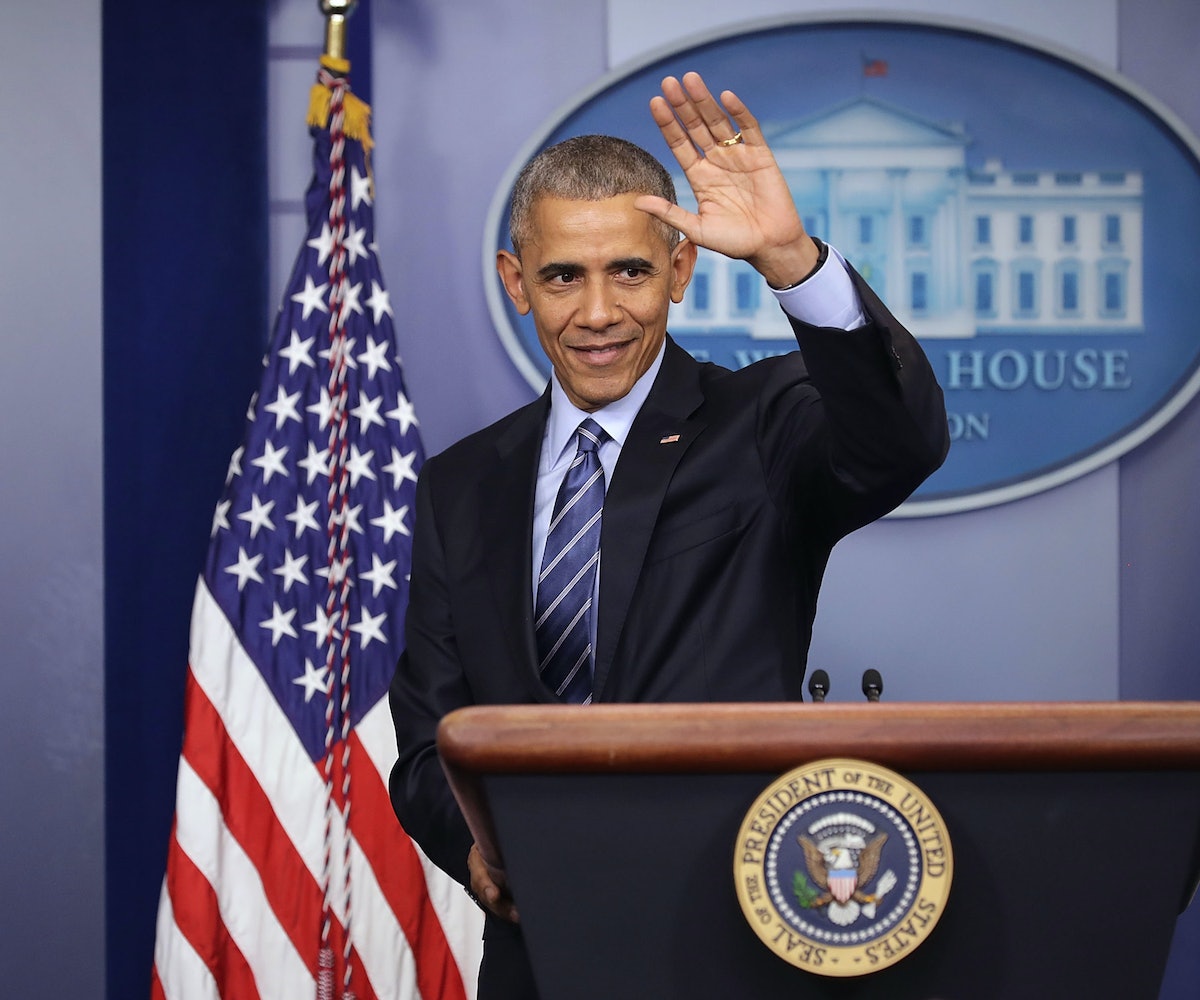 We're still in denial that President Obama is leaving the White House soon, but, like it or not, his term really is coming to an end. Today, the official guest list for his last party in the White House on January 6 was revealed in a report by the Washington Post, and it includes A-listers like Oprah Winfrey, Beyoncé, Jay Z, George Lucas, J.J. Abrams, Usher, and Bradley Cooper to name a few.

We're a little salty that our invitation got lost in the mail somehow—or hacked by an international unit—but the Obamas better have the best bash ever. (In the unlikely event that you forgot to RSVP, you truly played yourself.) Considering how exhausting the end of 2016 was for everyone, nobody deserves a rager more than this family right here. Cheers to going out with a bang! It's been real.

President Obama will also deliver his official farewell address to the nation at McCormick Place in Chicago on January 10. This time, the ceremony is free and open to the public on a first come, first serve basis. (For more information on ticket distribution, click here.)

Our feelings about saying goodbye to this incredible family can be summed up in this classic from 2009, the year after this wild ride began: