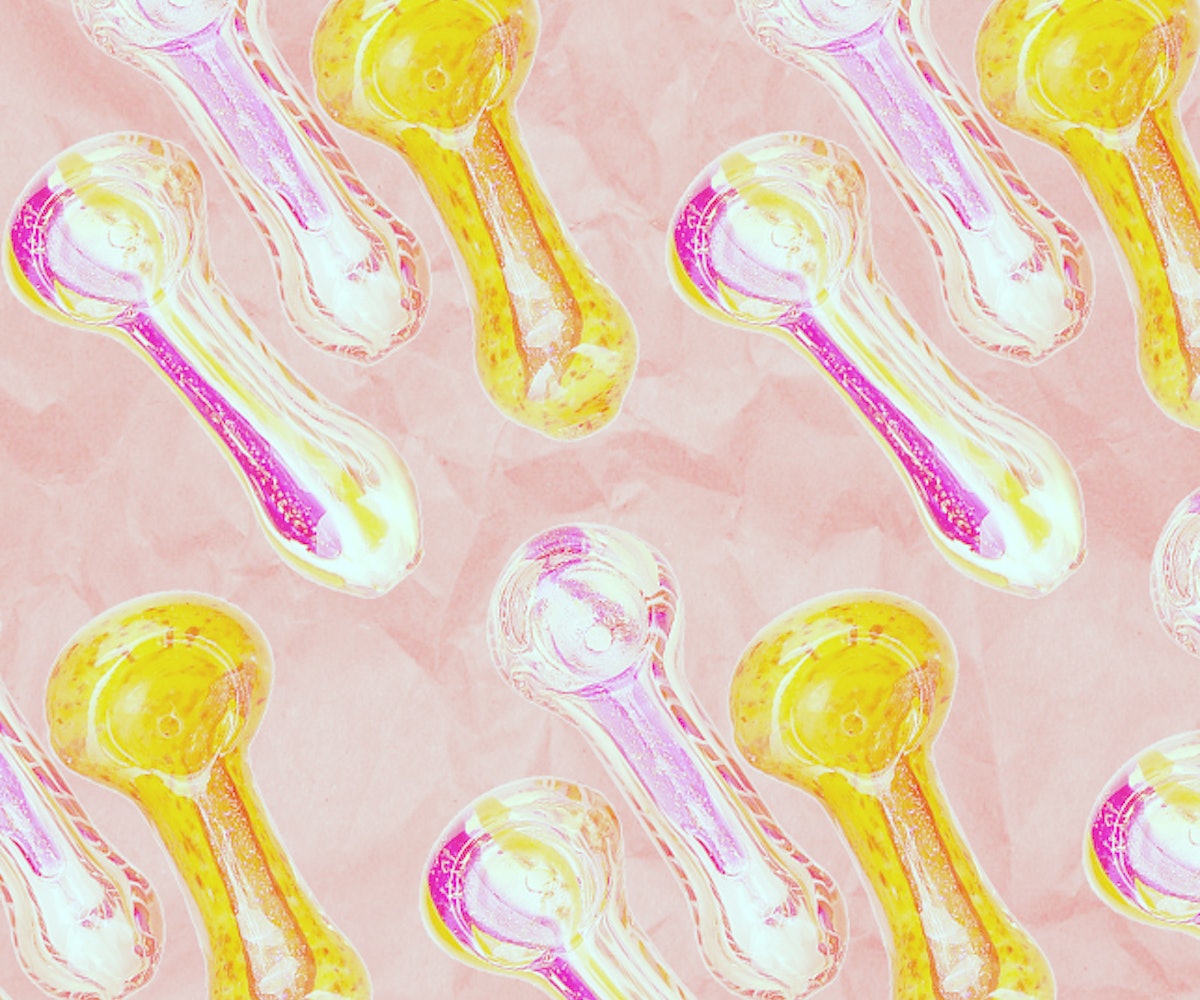 Widespread marijuana legalization coupled with an increasingly desensitized social stigma (I’d personally like to thank the patron saint of glamorous leisure, Rihanna, among others), undoubtedly contributed to an increase in the variety of smoking devices. We are past the days of being forced to smoke from something resembling a balloon animal or getting lumped into a category of humans regularly zoning out hard on a black velvet, blacklight Bob Marley poster. To accommodate this new visibility of people who get high but have taste — and don’t use said indulgence to define themselves — commerce had to keep up. Getting high is just as important of a wind-down ritual as drinking a good glass of Malbec. Here we profiled a handful of shops and designers adding style so when you light up, you can look like the goddamned classy adult you are.

Online brand Tetra has been an indisputable catalyst in pioneering a brave new world of bowls that don’t beg Spencer’s Gifts nostalgia. Instead, Tetra offers a muted porcelain one-hitter along with a sleek marble pipe. Started by three friends with branding and curatorial backgrounds, they saw a hole in the market and sought to fill it — fashionably and immediately. Though co-creator Eviana Hartman says she doubts options outside Tetra’s handpicked offerings will remain slim for long.“[Smoking] has been a ritual in many cultures since ancient times and I think it’s valuable because it forces you to focus on your breath,” she says. “It’s almost like social yoga in a way—an antidote to the technology overload that everyone is experiencing right now. It's an opportunity to indulge the senses and a way of telling people to slow down.” Namaste — for real.

Booze can be fun but sure can come with high risks. “People make really bad decisions when they’re wasted so when you’re high, you can kind of chill out,” ceramist Katie Marks says. Most of Marks’ pipes sport pastel geode-like formations, accented by bright, metallic gold paint. Her works would look just as at home on a regaled shelf alongside fresh peonies as cradled in a blinged-out hand with a Bic flicked overhead. A Washington resident, she knows that weed isn’t considered a national luxury in her world just yet. “I like that I make things that have a feminine quality to them so that it takes away the stigma of smoking weed being a bad thing,” she says, noting that the handmade quality appeals to many when applied to the intimate experience of smoking. “I mean, I’m a girl who drinks whiskey and smokes cigarettes and whatever but I still like really pretty things. So I want it to be available for girls and women who enjoy the finer things in life and also like to smoke pot.” It’s no wonder that each time Marks posts a wave of product on Etsy (typically announced via her Instagram), she sells out quick. “Well, I had a sale [the other day] and it sold out in a minute, so there’s that,” she adds with a chuckle.

Fusing the aesthetic and healing appeal of crystals, Mark Anthony (not that one, sadly, I don't think) manipulates hunks of amethyst and other precious stones into, well, devices from which you may also get stoned. “I’ve long had an interest in metaphysics and energy,” Anthony says. Once he got the tools to get whittling, he did. ”I’ve seen such a great response from people who have long been interested in crystals, which is synonymous with people who smoke weed, typically,” he adds. “The need that, I think, I’m selling is people’s ability to take smoking pipes to a higher, spiritual level.” Anthony takes a holistic approach to this seemingly natural marriage by using Ayurveda science in his designs.

Amanda Farris and Laura Uhlir didn’t feel at home in your standard head shop. “They felt relatively unfriendly to females,” Farris says of the experience. So they made the change they wanted, to shop in the smoking device market, and set up the brick-and-mortar Catchtilly “to be nice and approachable, and not make you feel like you're making a bad decision.” The two seek out independent artists “but we really just want people who make just beautiful objects first,” Farris says. The next criteria is functionality and “that they're actually not embarrassing things to look at.” Truly noble. Many of the artists selling in Catchtilly focus on other ceramic arts and make pipes as a side gig. “They like smoking and they like making the things so that they can combine them in a way that is fresh and exciting,” Uhlir says.

Madeline Barreto’s early ceramics dabbling centered on recreating a cat pipe like the one her friend brought back from India — but mostly, Barreto just wanted to make the things she wanted (whether for smoking purposes or not). Recently she sent over a few of those latter, more perfected iterations of the cat pipes to the ladies at Catchtilly. She, for one, has a differing idea on the pothead trope, noting men are more often portrayed as burnt-out or lazy “but in the case of female pot smokers, the characters are usually strong, empowered types." “Diane Keaton in Annie Hall is a good example of that,” she says via email. And when catering to appeal to customers, Barreto agrees with Marks: the handmade quality of a bowl can only enhance one’s experience. “Smoking seems to be a somewhat intimate act and I think people are pretty mindful in their choice of pipes for that reason,” she says. “There seems to be this feeling that they need to find 'the right one.' One which reflects their personal style or interests. It's kind of funny. People get really excited if one of my animal pipes looks like their pet.” Shop her site.