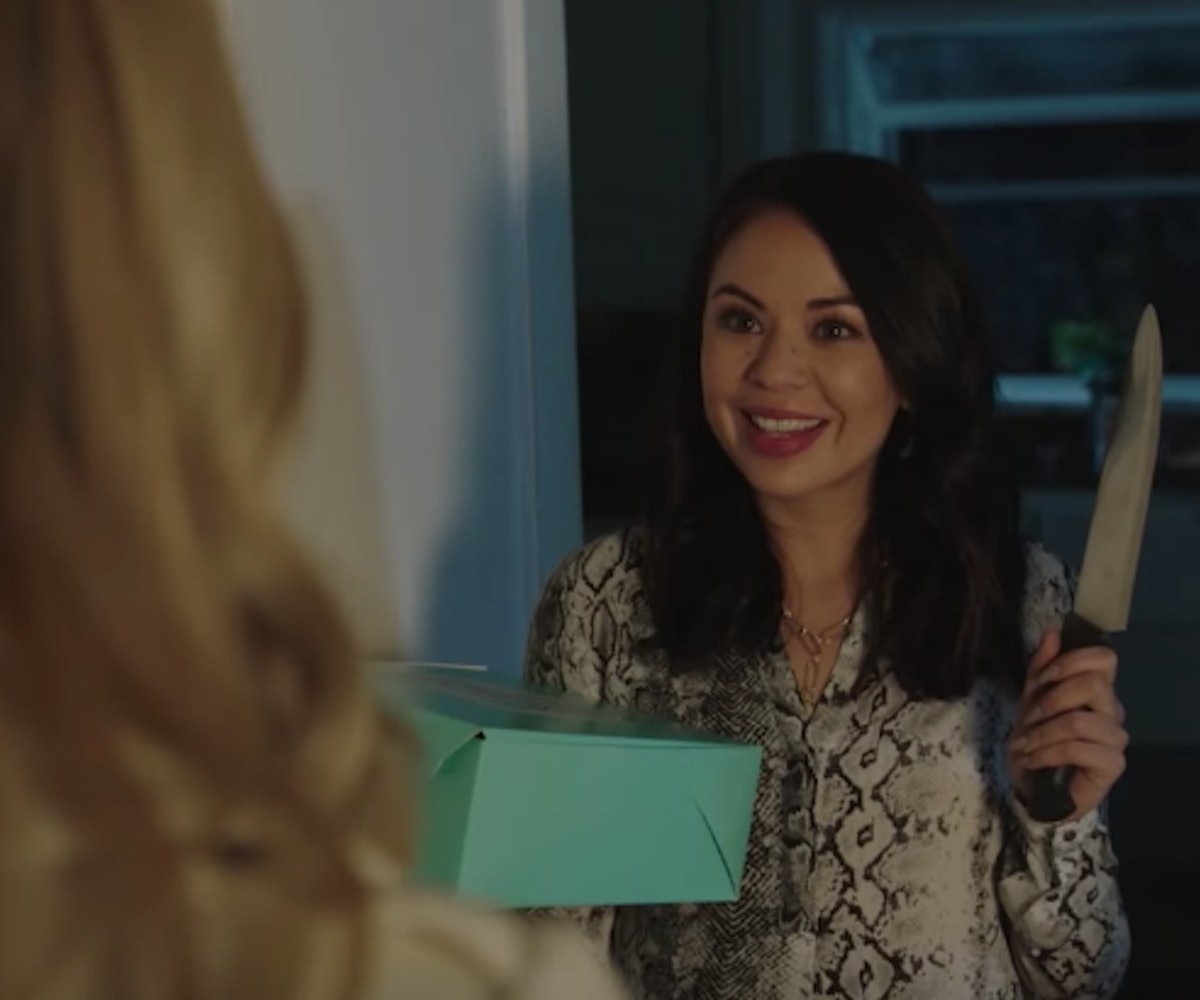 If you, like us, have had a Pretty Little Liars-sized hole in your heart since the show's series finale last June, prepare to get seriously excited. Freeform just dropped the first trailer for the show's new spin-off series, The Perfectionists.

The new series, which was first announced last September, will follow the lives of Alison DiLaurentis (Sasha Pieterse) and Mona Vanderwaal (Janel Parrish) three months after the events of the PLL series finale. Last we saw, Ali and Emily (Shay Mitchell) were married and raising twins, while Mona was keeping Spencer's (Troian Bellisario) twin Alex and Mary Drake (Andrea Parker) prisoners in a doll shop in France. Deadline previously reported that both Ali and Mona would leave Rosewood for Beacon Heights, a seemingly perfect town with a top-notch university and overachieving students to match. Thanks to the show's description, we know that the series will focus on three of these students, who all have a "secret, a lie, and an alibi" in the aftermath of the town's first murder.

In the new trailer, we see Ali as she embraces her new role as a faculty member at Beacon Heights University. When she and Mona witness mysterious behavior happening around campus, followed by the town's first murder, they both find themselves in the middle of another messy mystery.

The show is set to release sometime next year. Until then, the trailer can hopefully hold you over.