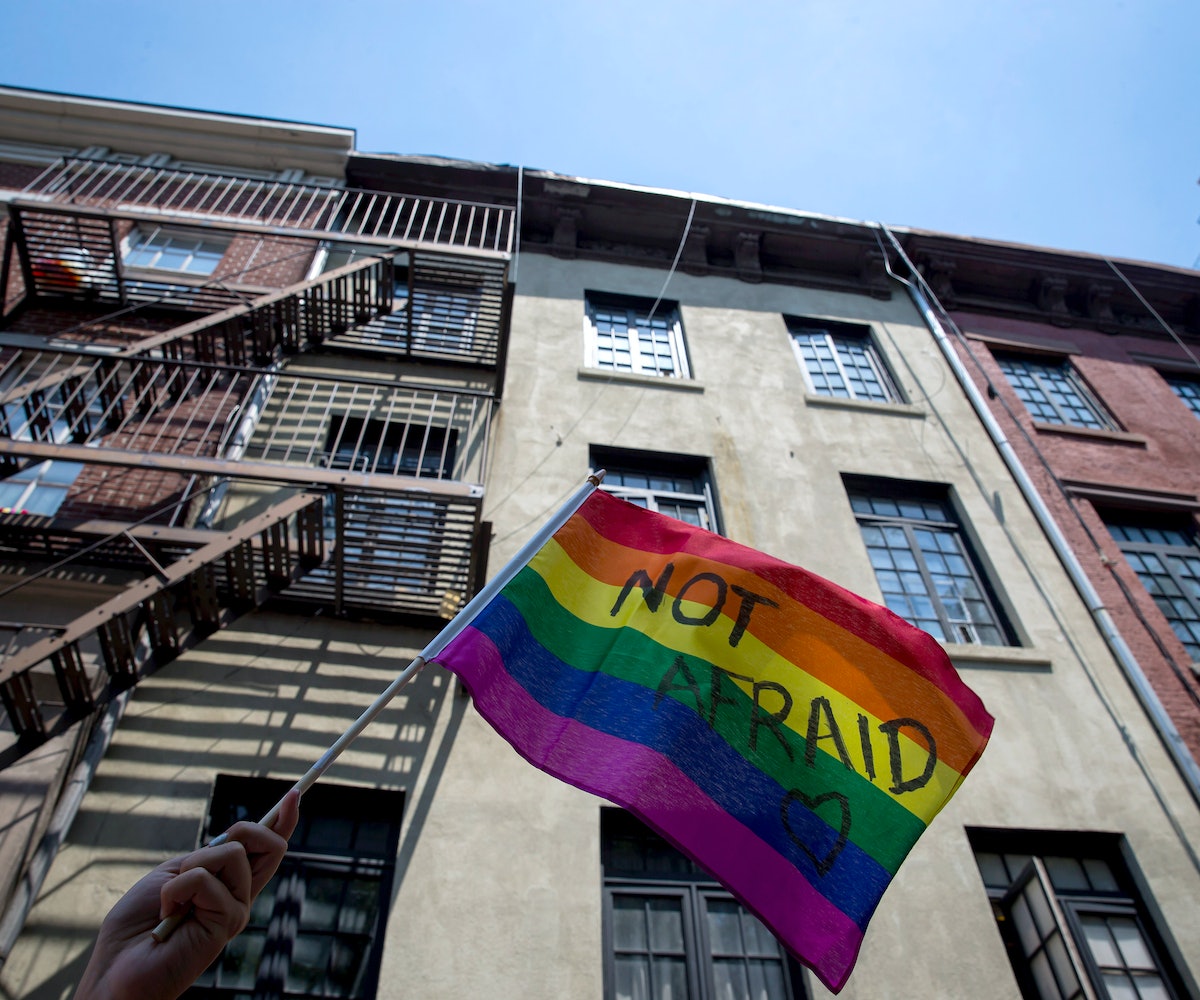 This weekend, New York became the center of LGBTQA celebration for the 46th annual Gay Pride March. The event took place almost two weeks after the horrific Orlando Massacre, which took the lives of 49 people at Pulse nightclub in Florida. Not only did President Obama designate Stonewall Inn as the first ever LGBT national monument, but Hillary Clinton also made a surprise appearance at the parade on Christopher Street.

Given the massive volume of attendees, there was a lot going on at the parade. As expected, there were rainbows as far as the eye can see, colorful feathers, and tons of happy dogs. Couples marched together hand in hand along with their fellow allies. Even though the parade only lasted for one day, it was a beautiful sight to see.

In case you missed all the fun, we rounded up 14 photos to showcase some of the highlights from the festivities. Check them all out in the gallery, below.

These dogs know how to do Pride in style.

This hat says it all.

Babies fight for equality too.

A plea for an end to senseless gun violence.

Could this be the happiest dog on earth?

The force comes in all colors.