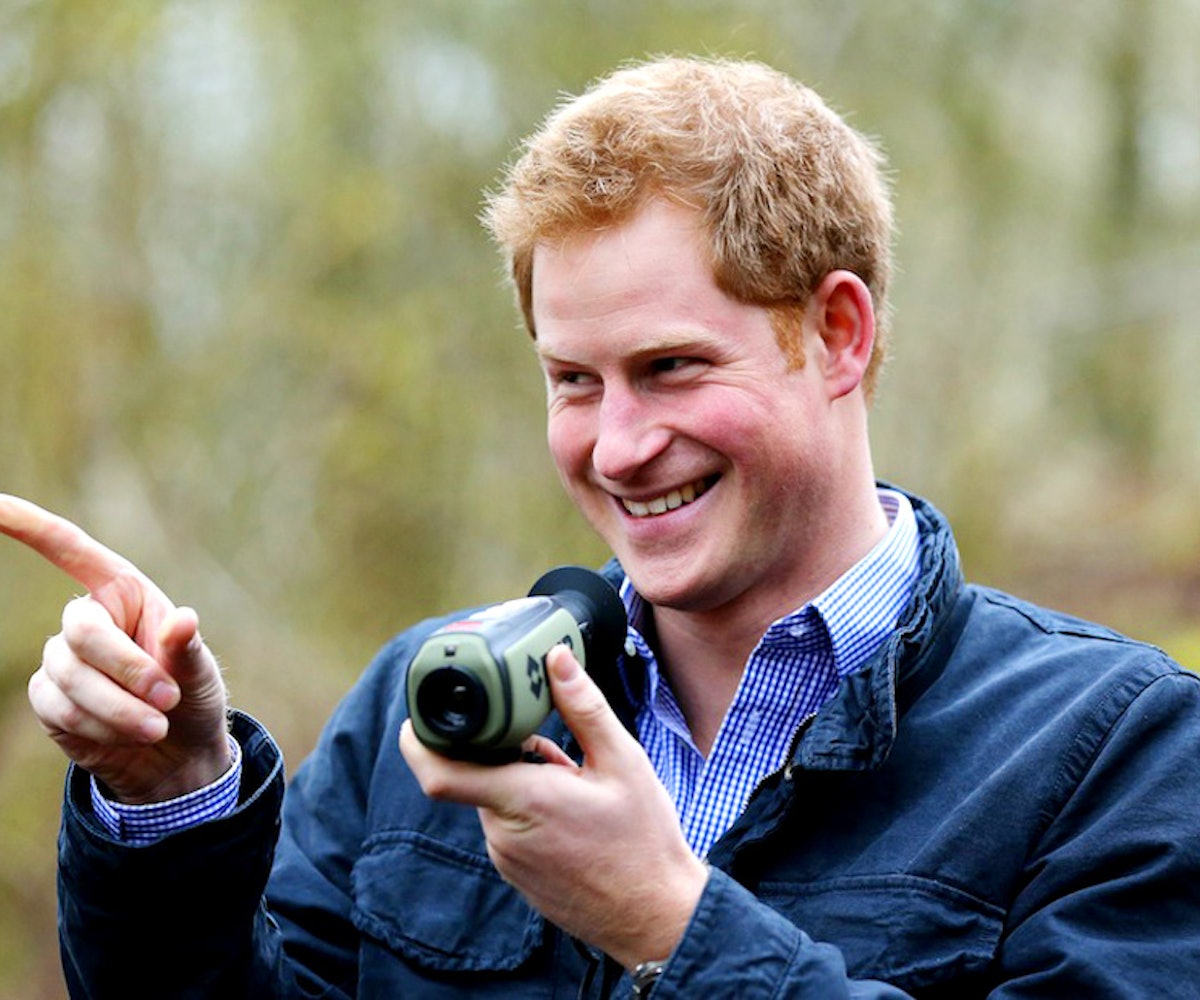 How does Prince Harry recover from the devastating news that he's not actually dating Emma Watson? Well, if you're the younger brother of the heir to the throne, you vanish into the woods and hide in a tent until the sad feelings go away.

Just kidding! While Harry was in fact chilling in a tent in the woods, it was for a way better reason (not that a little moping isn't valid, of course). The 30-year-old prince was in the Northumberland area of Northern England so he could learn more about the endangered red squirrels and presumably get a bunch of online magazines/celebrity blogs to write about them. (We got this info from People, so, mission accomplished.)

The squirrels are endangered because of the rise of their cousins, the gray squirrels, who carry a disease that is fatal to them. Early reports out of Northumberland suggest that Harry didn't spot any of the squirrels, but he did get photographed in a tent, so there's that.