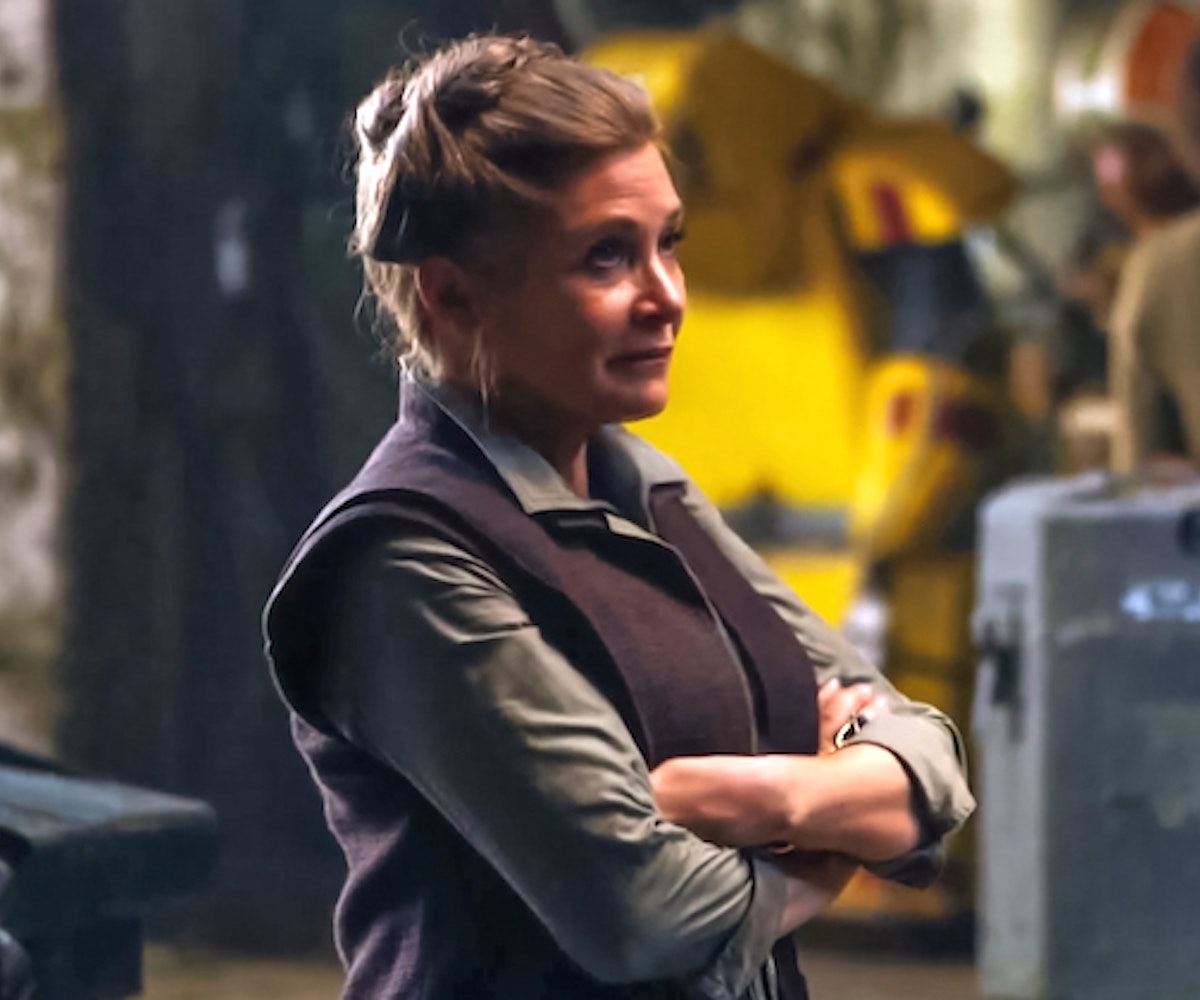 According to a quote from director J.J. Abrams in Entertainment Weekly’s cover story on the upcoming Star Wars: The Force Awakens, Princess Leia—the iconic hero played by Carrie Fisher—is no longer a princess. “She’s referred to as General,” says Abrams. Love it.

While perhaps “princess” shouldn’t have negative connotations of passivity, preciousness, and the cute, pastel world of Disney cartoon characters, it totally does. Indeed, for the first half of Star Wars: A New Hope, Princess Leia Organa (her full name) appeared to be the prototypical fairytale damsel in distress waiting for rescue by a brave (space) knight. Of course, fans of the series know that George Lucas and Fisher did a great job of subverting that expectation, offering up a character who is, in many ways, stronger and bolder than the men surrounding her (that “slave” bikini costume notwithstanding). It was, at the time, a needed, entertaining twist on the very idea of “princess.”

The Force Awakens, however, comes to us in a different era, one where women run massive Fortune-500 companies, fight and die in America’s wars, and campaign to be President of the United States. Moreover, Fisher has gone from a 23-year-old relative newcomer to a 59-year-old writer, mother, and Hollywood veteran. As well, the character herself has changed. As Fisher says in the same article, Leia has become “solitary. Under a lot of pressure. Committed as ever to her cause, but I would imagine feeling somewhat defeated, tired, and pissed.”

For those reasons and more, the title “princess” no longer fits her the way “general” does.

We’re also hearing that she’s now “General Leia Organa Solo,” which is, fine, we guess—though a bit old fashioned. As to whether she’s “General Leia,” “General Organa,” or “General Solo,” we’ll all have to wait and see when Star Wars: The Force Awakens opens December 18. Do you have your tickets yet?