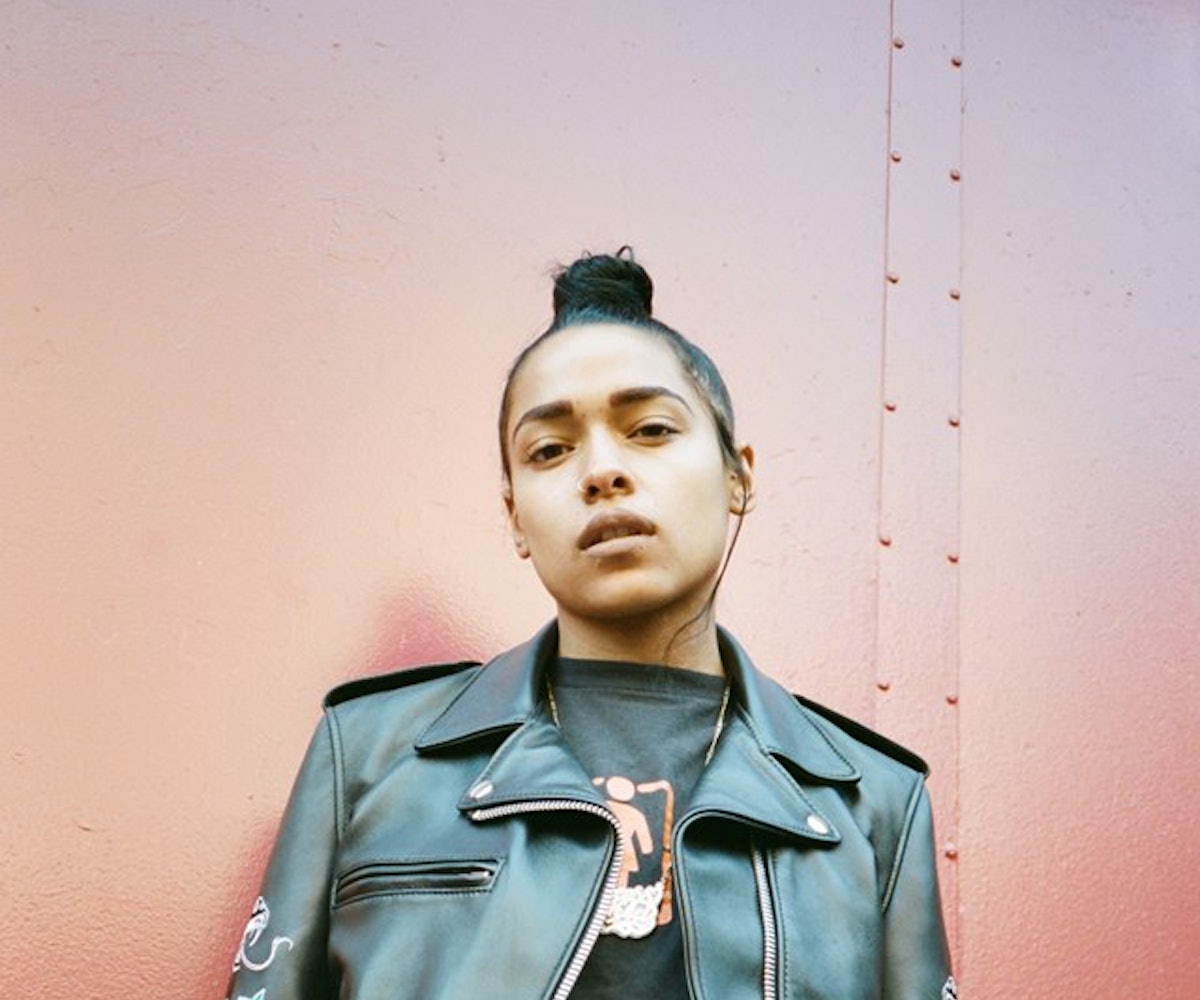 New York-based streetwear brand MadeMe has produced some of the coolest partnerships this year, from a dope collaboration with Kim Gordon's label X-girl to a campaign starring her daughter, Coco Gordon-Moore. Now, Princess Nokia (aka Destiny Frasqueri) has been tapped as the brand's latest muse, and she's nothing short of a total riot.

The Bronx-bred artist has been cruising down her own lane ever since she emerged on the internet back in 2010. In the visuals for this exclusive MadeMe x Schott collection, Princess Nokia stunts in a collection of biker jackets that your grandpa wishes he had back in his glory days. Seventeen-year-old photographer Manon Macasaet was recruited to shoot the promotional images which take us out on the streets and into some of New York's finest sex shops.

The combined rebellion associated with that of the leather jacket made famous by Schott and the knowledge that the underage Macasaet probably shouldn't have been allowed entry to these sex shops speaks volumes to what we can expect from this boundary-crushing, rule-breaking collaboration.

This campaign comes on the heels of the release of Princess Nokia's music video for "Brujas." We can't wait to see what else this powerful artist has in store for us as the year comes to a close. Check the campaign images out in the gallery, below.