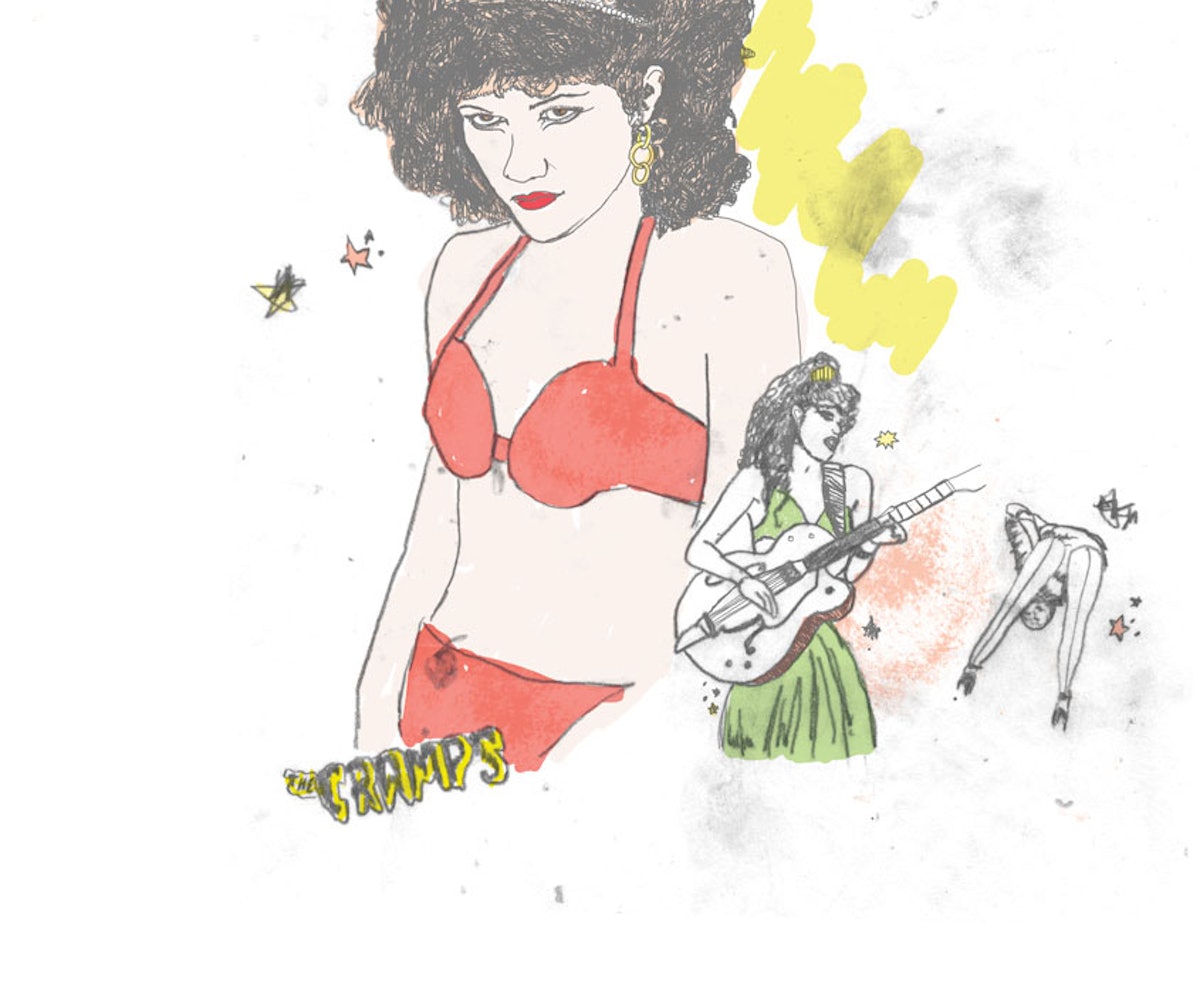 Let me set the scene: It’s 1972, and a young, fiery-haired Poison Ivy (birth name: Kristy Marlana Wallace) is hitchhiking near the Sacramento State college she’s attending, when Lux Interior (Erick Lee Purkhiser) picks her up. Call it serendipitous, because the two fell in love instantly, and, together, formed one of the greatest punk bands of all time, The Cramps. Inspired by their mutual obsession with B-horror films, obscure rockabilly records, and all things generally fucking creepy, they became pioneers of the “psychobilly” movement in music with their debut album, Gravest Hits. During their performances, Ivy, decked out in zebra print dresses, red leather boots, and back seam pantyhose, would hauntingly glare at the audience with her perfect graphic black eyeliner, puke-green eye shadow, punchy blush, and burnt crimson red lips as she ripped on her Bill Lewis guitar. From the stage at infamous venues like CBGB to once playing a free show for the patients at Napa State Mental Hospital, The Cramps proved early on that they didn’t give a shit what anybody thought of them. This attitude was also made clear in their wacky and highly conceptual music videos—Ivy starring in almost all of them, and wearing some of the most inspiring hair and makeup looks you’ll ever see. ("Like a Bad Girl Should" is a personal favorite, go watch it.) Ivy and Lux stayed together for 37 years until his death in 2009, proving that the couple that gets weird together stays together.