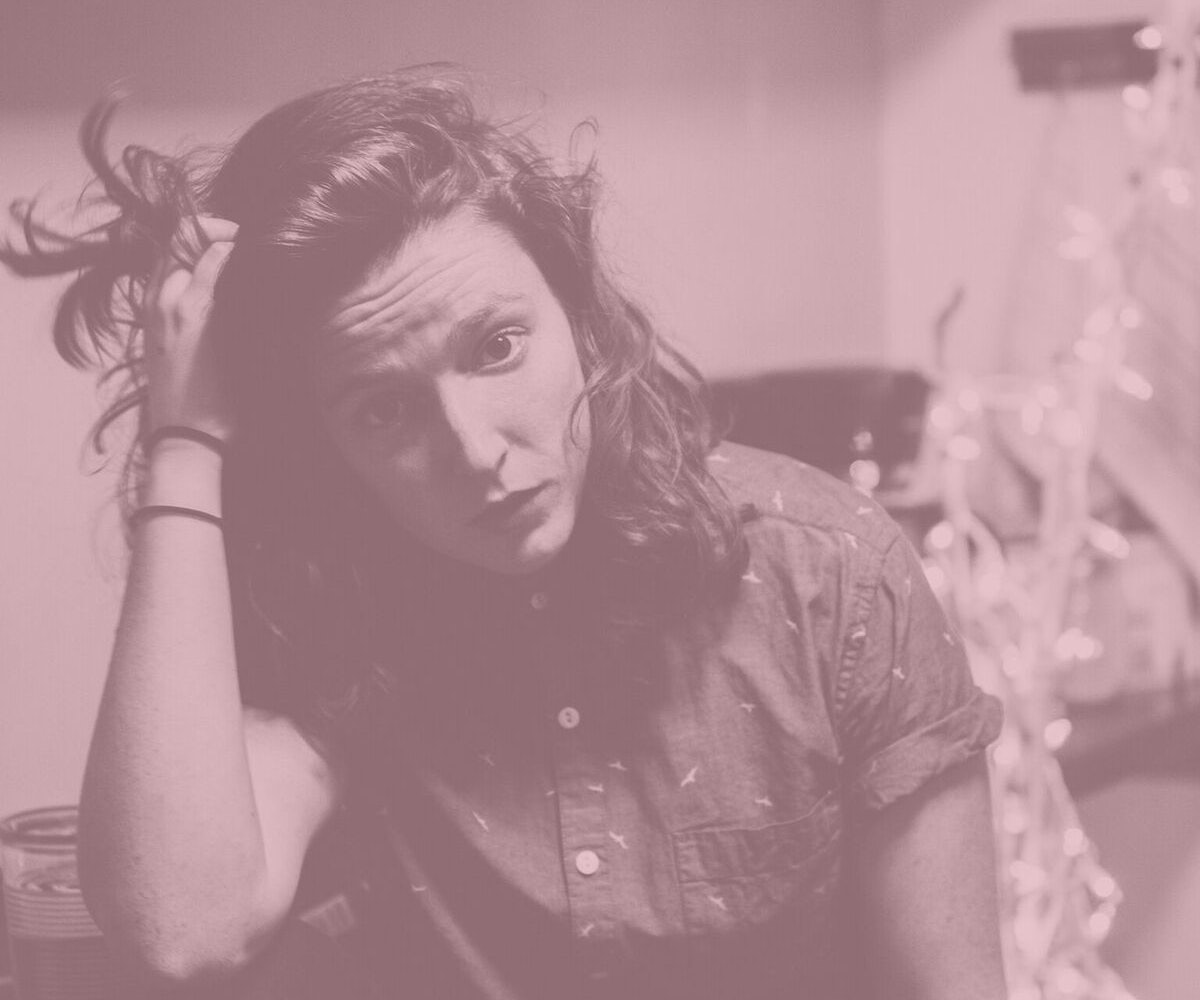 Under the moniker pronoun, Brooklyn, New York-based artist Alyse Vellturo makes emotional pop music that comes straight from the heart. Last year, pronoun released her debut EP, There's No One New Around You, on Rhyme & Reason Records. Today, we're premiering Ben Hobbs' haze-inducing remix of the track "till your legs give up."

Vellturo tells us that the song touches on the act of surrender. "It's accepting an outcome that you wish you didn't have and becoming numb to what is about to follow," she says. "I had been sharing my demos with a co-worker who happens to manage Ben [Hobbs]. I've been a fan of him for a while, and when he asked to give a go on a remix, I was pretty much like, 'Fuck yes.' I love how it turned out; it's like a different song. I love the contrast between the remix and the original."

The London producer's version amps up the intimacy of the song that is projected through Vellturo's raspy voice as she almost mumbles, "Take this out on me/ Take your pain away." The remix gives the tune a newfound warmth with a sped-up tempo led by synthesized beats that gently pulse through the speakers. Every crescendo creeps up on you like someone's hot breath on the back of your neck. The track is so mellow that it will turn your legs into Jell-O by the time it's over.

Pronoun's next live performance is at Brooklyn Bazaar on January 20. After that, you can catch her at SXSW. Stream the remix in full, below.