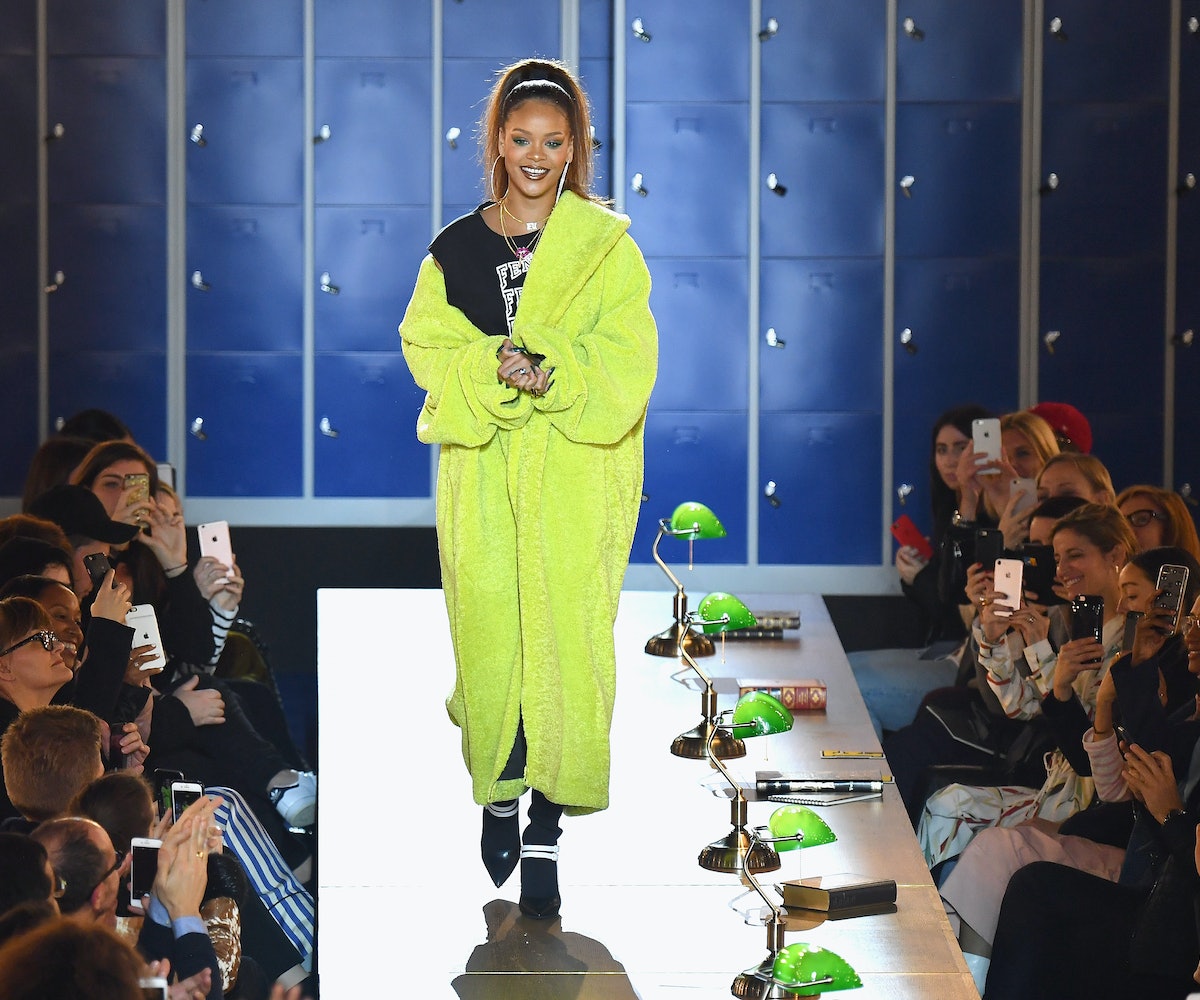 We emptied out our savings accounts to be able to afford Rihanna's most recent collection with Puma, which just officially dropped last week. Now, Puma is going after both Topshop and Forever 21 for selling some knock-offs of RiRi's incredible designs at a lower price point.

The suit against Topshop was launched last month and accuses the British fashion company of selling nearly identical versions of the most recent Fenty x Puma sneaker and sandal designs. TMZ says they have recently obtained documentation about a similar suit against Forever 21, which alleges that the fast-fashion brand has bootlegged Rihanna's award-winning creepers and fuzzy slippers, too. The suit states that Forever 21's "business model is based on trading off of the established goodwill of reputable, name-brand companies, such as Puma." Puma is asking for sales of the knock-offs to stop completely and wants all profits from the copycats. Forever 21 had sold the fraudulent flip flops for $18 to $25; Puma's authentic slides run between $80 and $100.

"We will continue to take action to enforce our global intellectual property rights both against other brands who seek to trade off our designs and reputation and those who trade in counterfeit products," the brand said in a statement.

Notably, Rihanna has almost single-handedly transformed Puma. According to Glamour, as creative director of the Fenty x Puma line, RiRi boosted the company's sales by over 17 percent in 2015, bringing their earnings to $1 billion. Glamour also notes that companies like Urban Outfitters, Steve Madden, and Nine West have attempted similar Rihanna rip-offs but haven't (yet!) faced legal action from Puma.

Meanwhile, Forever 21 has attempted to handle over 50 accusations of copyright violations from designers like Diane von Fürstenberg, Gwen Stefani, Anna Sui, and Trovata.