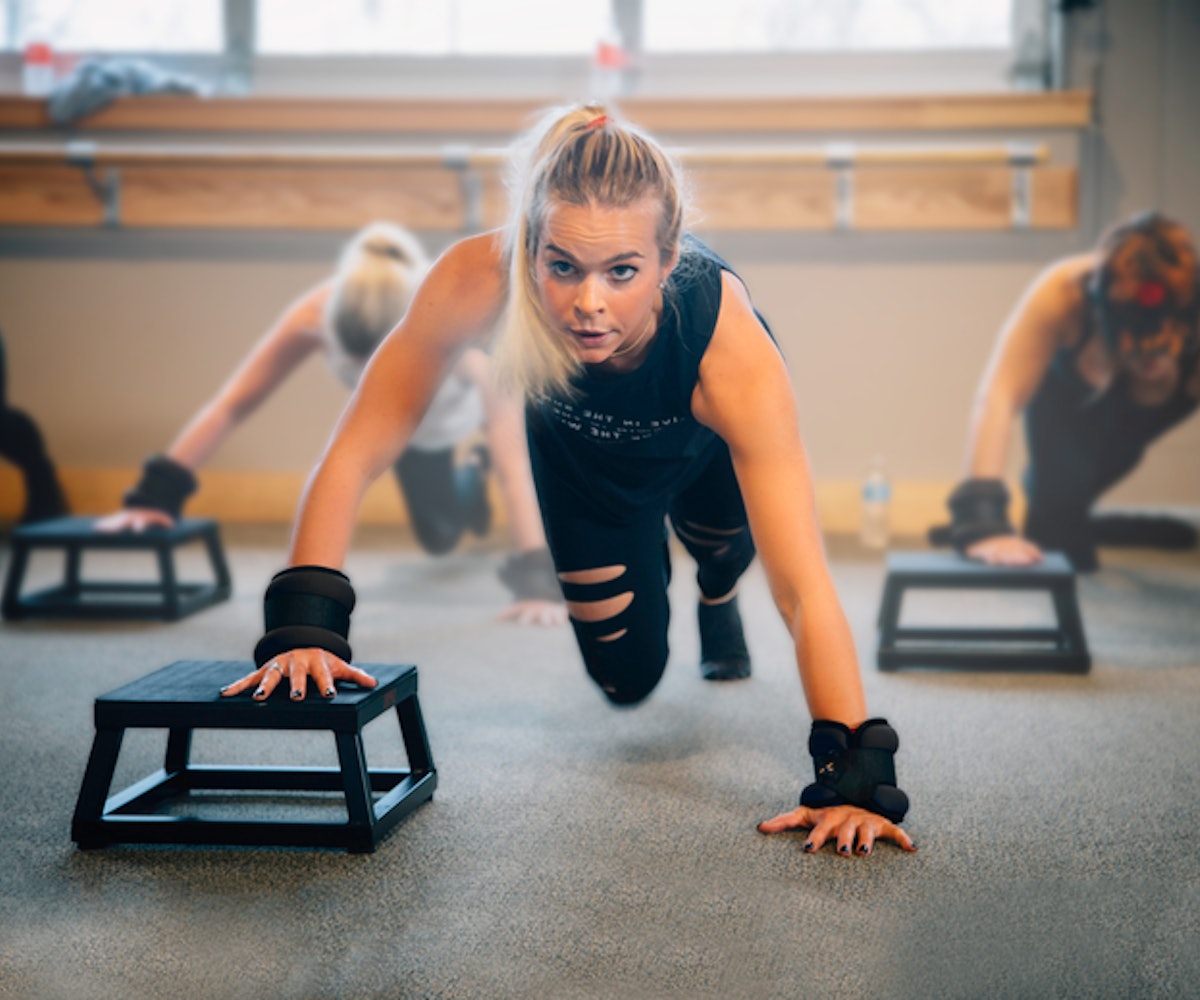 I first started taking barre four years ago. I was on the heels of a breakup, crushed like one can only be following the demise of a six-year relationship, and looking for anything that would take my mind off how I was ever going to reassemble my life. (Spoiler alert: I did fine.) Since that first class I took at Pure Barre, I was hooked. I loved the intensity, I loved the burning, I loved how in control of myself I felt in those 55 minutes as I purposefully tired out every single muscle, one by one, until all I could feel was the soreness of my body, my thoughts unable to drift to anything—or anyone—else. I immediately signed up for a three-month membership and went every single day.

All to say, Pure Barre was my first introduction to barre, which would go on to become my favorite form of exercise. Since 2013, I have been to many, many barre studios. And even though I have liked others, I still returned to Pure Barre, in the way one occasionally revisits an old childhood friend they haven't seen in a while, but always love catching up with.

And then last month, the studio came back on my radar when it launched a new class: Empower. A more cardio- and strength-centric version of their regular class, this new variation intends to provide clients with a more well-rounded workout. Empower came at just the right time for me, too: Following a season of consistent barre classes, it seemed like a good way to intensify what has become my go-to. Not to mention, the classes are only 45 minutes. Once again, I was hooked and signed up for a month.

The first difference Pure Barre acolytes will notice is that you don't need a red ball or tubes; instead, you'll grab a platform, cuff weights, and light dumbbells. The class also starts on the floor instead of standing up, high-knee lifts replaced with immediate planks, squats, and push-ups using the platform box and weights strapped on your wrists. The beginning is intense and "sets the focus for the rest of the class," the instructors tell you. While the difference may seem subtle in the actual moves—you do very similar core, ab, and arm work as in the beginning of every barre class—the addition of wrist weights (used in addition to dumbbells in the arm portion) and the platform, makes everything just that much harder, though not unbearable.

When you transition over to the barre, so will your platform. You will again do the regular thigh-shaking exercises, that could include anything from relevé pulsing and split lunges to the water ski position, only now using the platform as an extra challenge. You will also employ your arms, with the weights still strapped around your wrists, holding them in the air and over your head for the duration of certain moves. If that sounds excruciating, know that the pace is much faster than a typical class and, in the moment, you don't notice your muscles crying like you would normally.

The other thing that sets Empower apart are the two cardio bursts that break up the thigh and seat work and seat and ab work sections. These cardio bursts can be anything from push-ups and squats to mountain climbers, though, typically, it's push-ups—and a lot of them at that! If you're not used to cardio or bodyweight exercises, this might prove to be the hardest section, as you're already exhausted following a grueling thigh or seat section and feel like your arms might actually collapse with another push-up. For the seat work, you will carry out all the same glute-strengthening and toning moves, including barre arabesques, leg lifts, and floor donkey kicks—this time with the cuff weights on your ankles for more gravity resistance.

If you're one of the people who dread "abs under the barre," the lower ab exercises set against the bar wall, I've got news for you: There are none. The class cuts the 10 minutes by skipping out on extended stretches and moves that see you placing your mat quarter- or half-way against the wall and sending your legs to the ceiling. In fact, following the second cardio push, you will immediately transition to floor ab exercises and the classic end move, active bridge, that brings back the platform. If you're used to the bridge being a relatively painless ending to a class, get ready: The burning increasingly intensifies when you place your feet on the platform, and boy does it sting.

Overall, the class is high-energy, but not in a too intense way; while you're more focused on the task at hand, it seems to pass quicker than when you're slowly building up the intensity. And while you might not feel the difference immediately following the class, you will feel it the following day, when staircases seem like a torture device. Over the course of the month, I took Empower about two times a week, mixing it with my regular barre routine, and that's what I recommend barre regulars do, too. In that time, I noticed my arms and legs gaining notable strength from the new class. Empower is not harder per se, it just engages an almost entirely different set of muscles. For instance, the leg lifts during seat work are much harder when having to fight ankle weights, as are V-position plies, when your hands are strapped with wrist weights raised over your shoulders.

And if you don't like change, know that Empower maintains the brand's core principles while simply adding the strength and cardio moves that sometimes lack in barre. It's not unlike that sometimes neglected lifelong friendship, in that, years later, you know you can still come back to it and feel like not much has changed, but there's lots more to discover.

NEXT UP
Culture
6 Shows To Binge Once You've Finished 'The White Lotus'
Fashion
Jenna Ortega Is The Face Of Adidas’ Newest Line
Culture
Marie Faustin Loves To Waste Men’s Time
Astrology
How to Use Astrology to Access Past Lives
Style + Culture, delivered straight to your inbox.