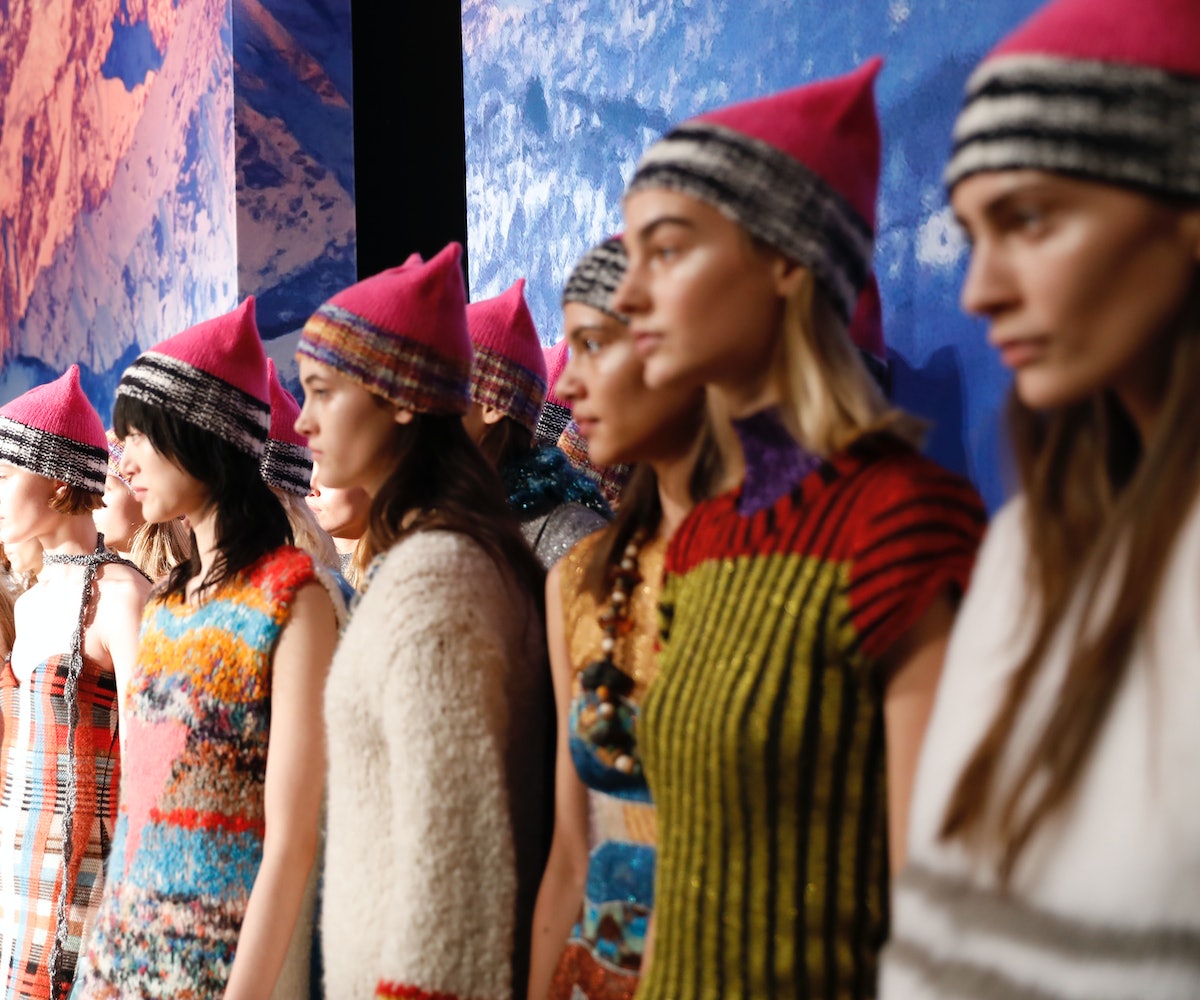 Inspired by the historic Women's March on Washington, Krista Suh and Jayna Zweiman decided to start the Pussy Hat Project. Hundreds of thousands of women showed up to protests around the world the day after Donald Trump's inauguration wearing pink knit hats with cat ears. The protest hats are in response to Trump's comments about assaulting women, where he said he could "grab them by pussy," because he's a "star."

Now that Trump's president of the United States these comments carry even more weight, as women's rights are under serious threat in the current administration. Missoni decided to make a bold statement on the runway at this year's Milan Fashion Week by incorporating pussy hats into the show. Once all of the models presenting the Missoni fall 2017 collection had done their initial lap around the runway, they returned wearing the pussy-themed accessories.

"This is a protest collection," hairstylist Anthony Turner said backstage at the show. "It's why we had to keep the hair simple and leave it down, so that we could easily put the hats on for the end of the show."

Guests of the show were also given Missoni-brand pussy hats, and staffers were handing them out to people working backstage, including makeup artists, dressers, and executives. The entire show was dedicated to the empowerment of women.

"We just want to celebrate femininity, individuality, and to celebrate the woman," Turner told Allure. "It's nice, it's positive, it's good."