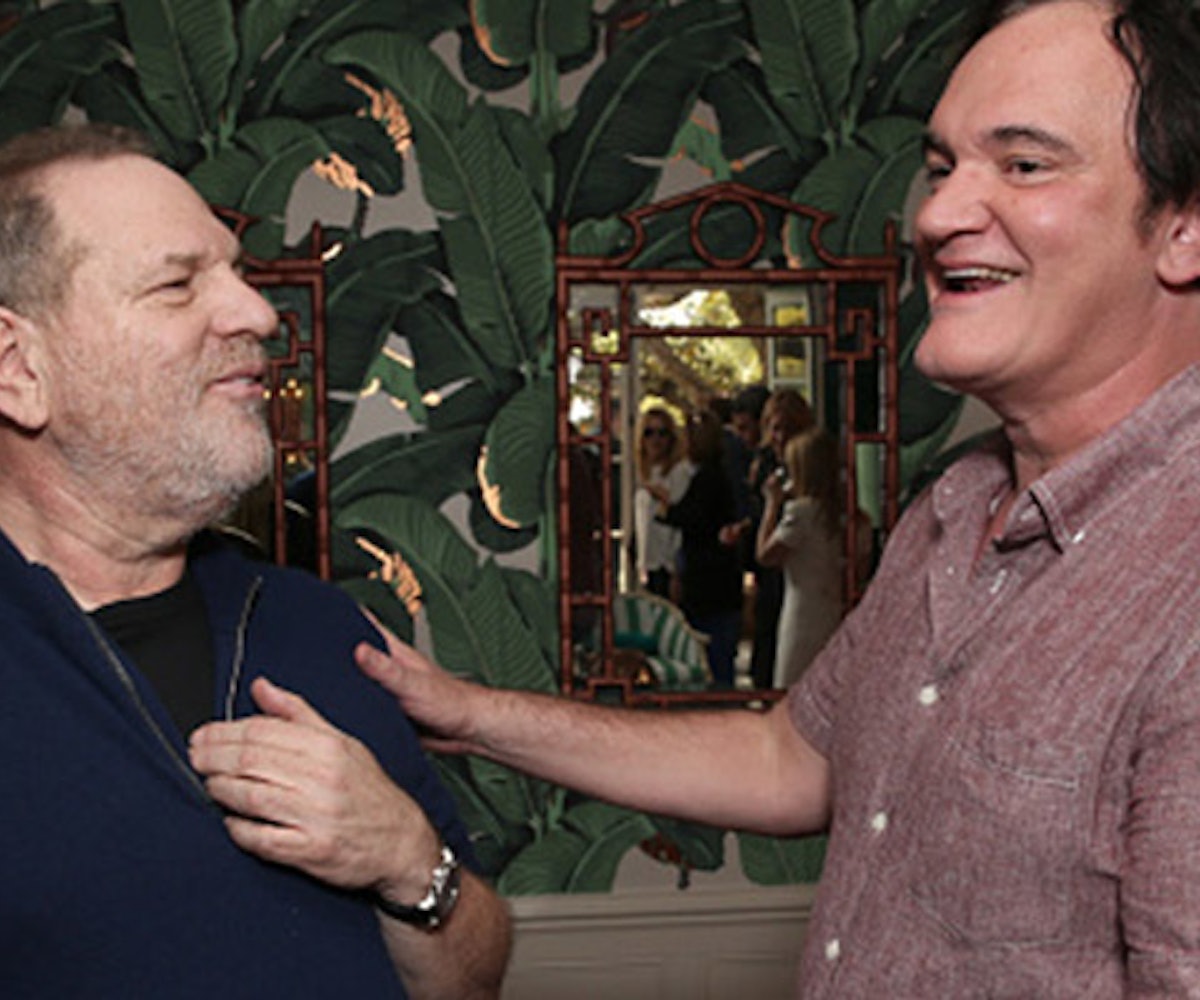 Quentin Tarantino told The New York Times he knew about Harvey Weinstein's alleged history of sexual assault for decades, but did nothing. Explaining why he turned a blind eye, Tarantino said he would "marginalize the incidents,” writing them off as "mild misbehavior," according to the Times. He did what most men do when their friend is sexually harassing or assaulting women, rationalize their behavior and then completely ignore it. When discussing how to prevent sexual assault, this is a good place to start.

Men can speak out against the degradation of women and talk as much as they want about how their daughters allow them to finally see women as human beings, but until they're actually willing to stand up to their friend when they're being a creep, we're not getting anywhere. If thousands of people are sharing sexual assault stories through the #MeToo hashtag, that means there are thousands of predators out there, and we need their bros to call them out.

“Everyone who was close to Harvey had heard of at least one of those incidents," Tarantino told the Times. “It was impossible they didn’t.” He said he chalked Weinstein's behavior "up to a ’50s-’60s era image of a boss chasing a secretary around the desk." Which, I guess, is easier to do if you've never had to be in the position of the secretary.

Tarantino described Hollywood as “operating under an almost Jim Crow-like system that us males have almost tolerated,” when it comes to the treatment of women. “We allowed it to exist because that’s the way it was.” He added that “what was previously accepted," I'm assuming by men, "is now untenable to anyone of a certain consciousness.”

It's time we bring men back into the conversation. They need to start talking amongst themselves about consent, about how to call out their douchebag friends. When our president can talk about grabbing women by the pussy, and it's dismissed as "locker room talk," you know we're in trouble. This kind of behavior isn't okay. Jerking off in a potted plant in front of a woman at work is not okay. None of this was ever okay, no matter the decade, and we need more men to say that, even when it's uncomfortable.