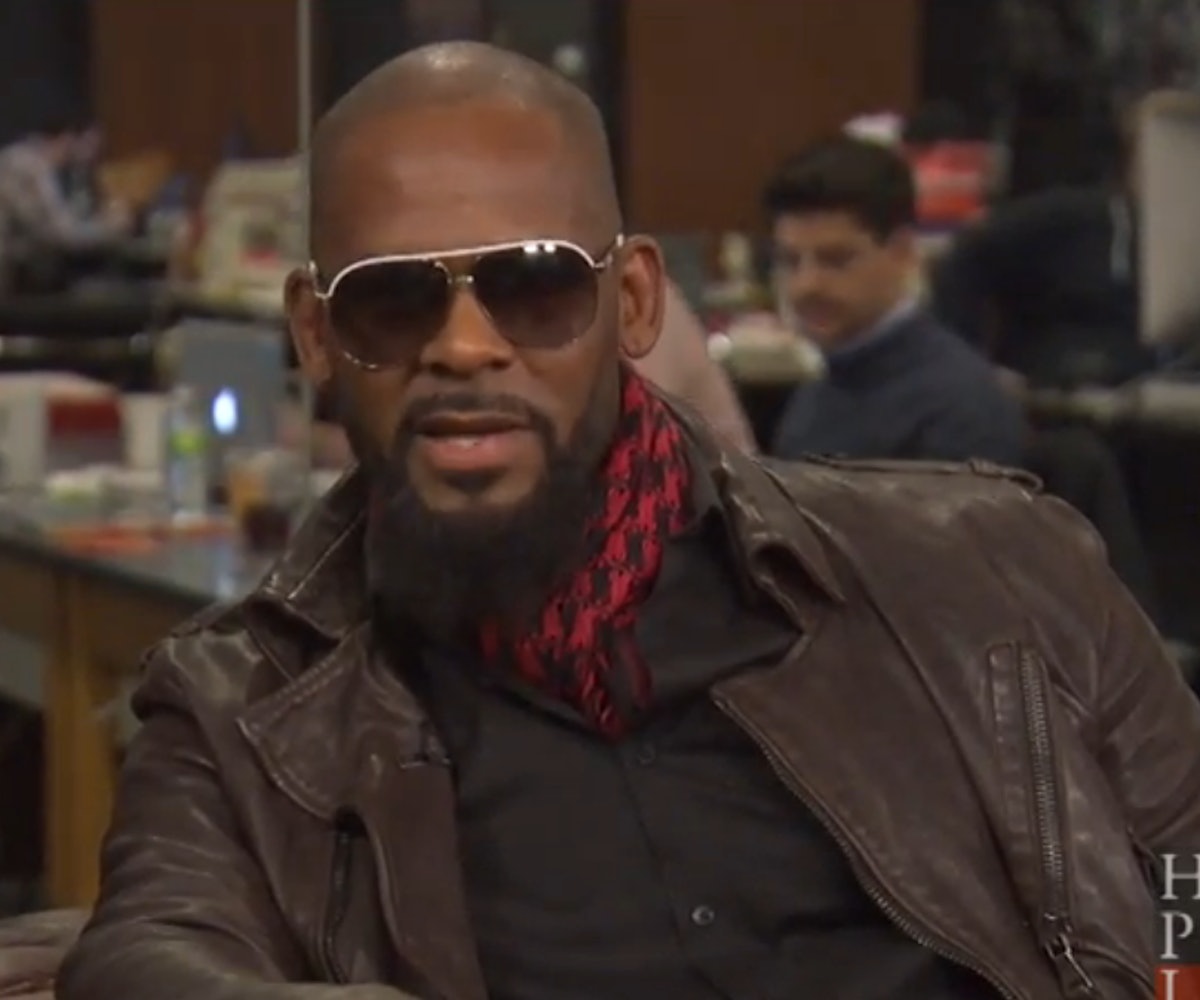 R. Kelly's latest album, The Buffet, is tanking hard. In an effort to boost sales, the controversial singer granted a rare interview to HuffPost Live, and spoiler alert: it did not go well. Mad props go out to the show's host, Caroline Modarressy-Tehrani, who gradually put pressure on Kelly to answer increasingly uncomfortable questions, initially about his album's garbage sales, and eventually about him being such a gross dude.

When asked why his album wasn't selling, Kelly blamed the Internet. Technically, he's not wrong. Everyone knows streaming and piracy have decimated album sales, and Kelly is no exception. In another sense, he's totally wrong. A lot of people think R. Kelly is a creep who had sexual relations with minors, and won't support his music because of said creepiness. (We are among those people.) Modarressy-Tehrani brought that up by reading him tweets from people who were torn about supporting an artist whose music they enjoyed, but whose personal conduct repulsed them. "Would I let R. Kelly babysit my daughters? Fuck no. Would I play his music at a family party? Ya gotdamn right" one of them read.

"I say fuck that. I say I have a lot of fans around the world that love R. Kelly and I’m glad that they don’t feel the way she do, God bless her. But you can’t satisfy everybody and you’re not gonna always have everybody to hold you down you know... I’m just glad to know that everybody doesn’t feel the way that she does.”

From there, the interview spiraled downward as Kelly became increasingly defensive and unwilling to answer Modarressy-Tehrani's questions. He also proved his R. Kelly-ness by repeatedly bringing up her looks, insulting her intelligence, and eventually asking her if she likes to get drunk. He ended the interview by walking out. We're not entirely sure what Kelly—and Kelly's label—were expecting by going on an in-depth interview show, but it's safe to say we won't be seeing another R.Kelly interview for a while, and that's perfectly fine with us.