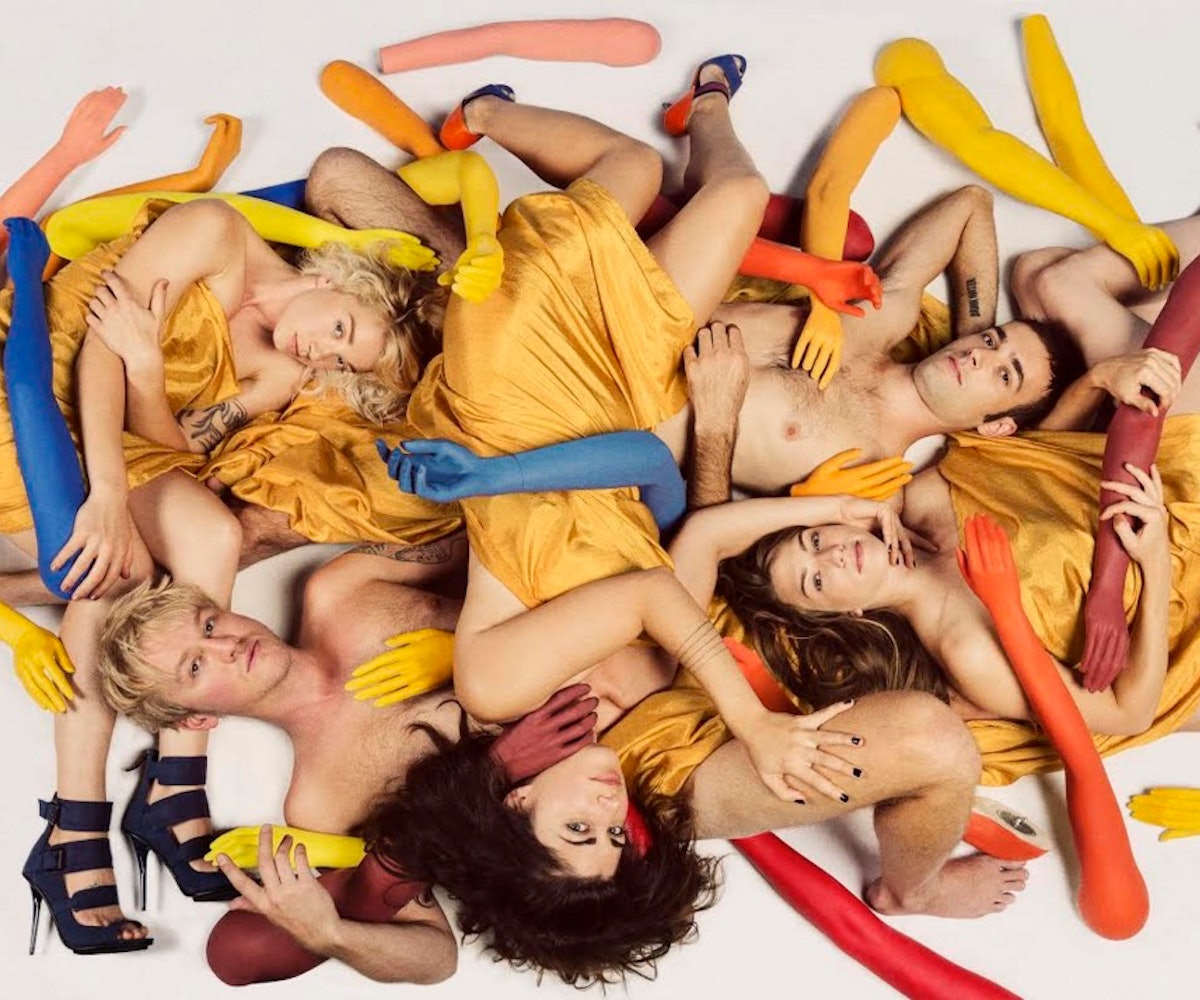 There are great perils to being in a band with your lover. Lizzy Ellison and Cameron Spies faced such perils when their relationship, and band, began falling apart in 2013. As two of the founding members of Portland, Oregon pysch-rockers Radiation City, Ellison and Spies had helped their band release two full-lengths and an EP, so splitting up didn't really feel like an option. Instead, they stuck with it, eventually overhauling their band and working with entirely new producers.

The result of this makeover is their upcoming LP, Synesthetica, whose first single is "Juicy," which we're premiering here. "'Juicy' is the birth of Synesthetica," the band says of the synthetic and airy track. "It evokes sexuality, mainly with oneself, giving life to what's inside us—feeling sexy in our own skin. Synesthetica is a place we envision being free of judgment and open to multi-sensory exploration. It's also our homage to Mid-Century sci-fi."

You can listen to it, below.