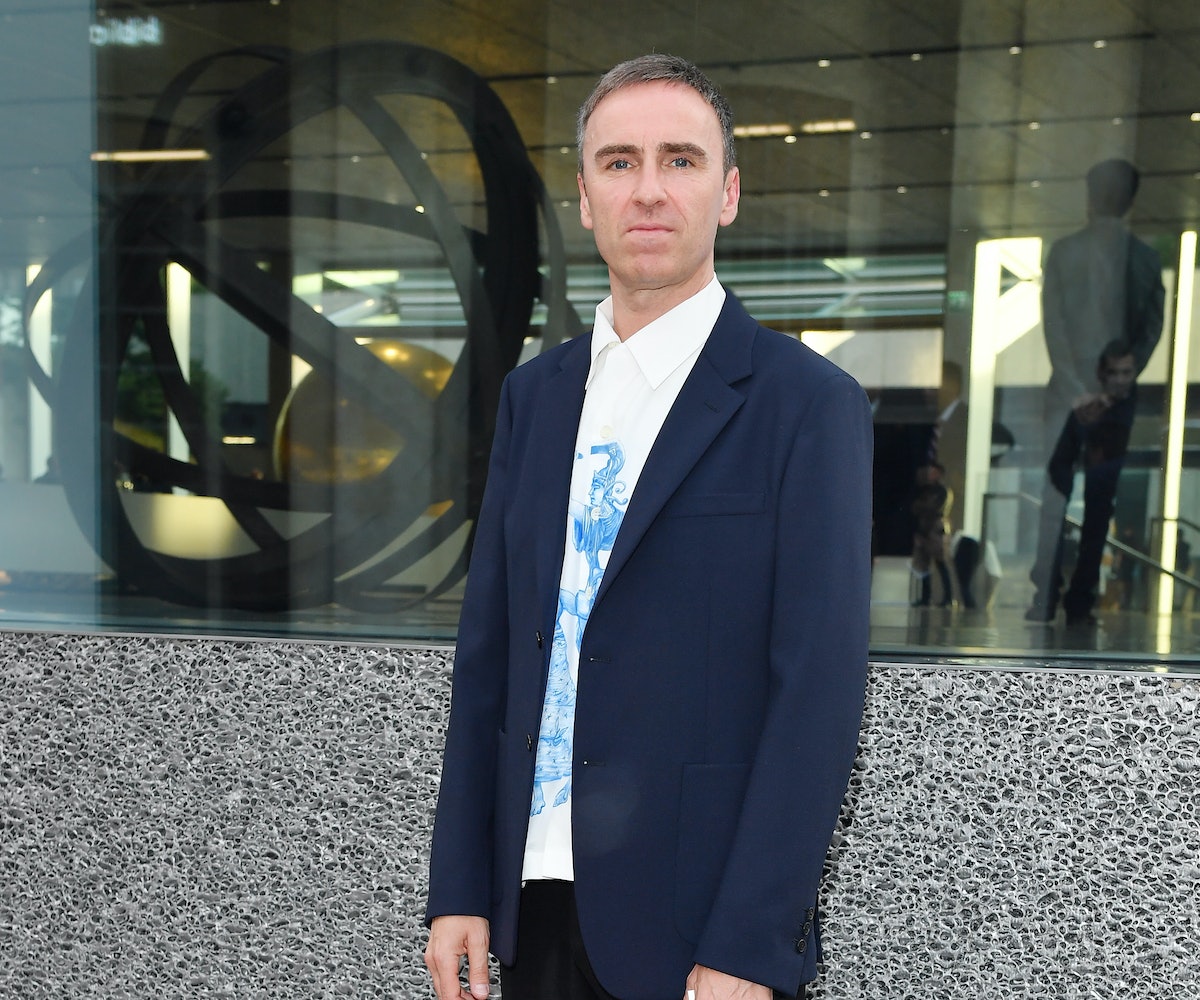 After months of speculation and rumors, Raf Simons has officially been named the chief creative officer at Calvin Klein—a highly anticipated landing for the designer. After spending three years as the creative director of Christian Dior Couture, Simons abruptly resigned from his position in October 2015, leaving the entire fashion industry awaiting his next move. This news comes just months after Calvin Klein's women’s designer Francisco Costa and men’s designer Italo Zucchelli exited the brand back in April. (Are you still following?)

It’s been 13 years since a single person was responsible for overseeing the creative vision for the entire brand, a task last done by Calvin Klein himself, so we’re excited to see all that the Belgian designer has to offer the quintessentially American brand. He’ll not only be responsible for men’s and women’s ready-to-wear collections, but ck Calvin Klein, Calvin Klein Jeans, and Calvin Klein as well—with complete creative control from brand imagery to diffusion lines and home goods.

Still in limbo is Hedi Slimane, who left Saint Laurent last April (what a month for fashion!) after a four-year run at the brand that led to a complete—and successful—revival. Slimane was replaced by designer Anthony Vaccarello, who will be debuting his first collection for the brand in October for spring/summer 2017. Rumors have been circulating that a namesake line for Slimane could be in the works, but it wouldn’t surprise us if another departure-and-replacement takes place before the end of the summer that he could fill.