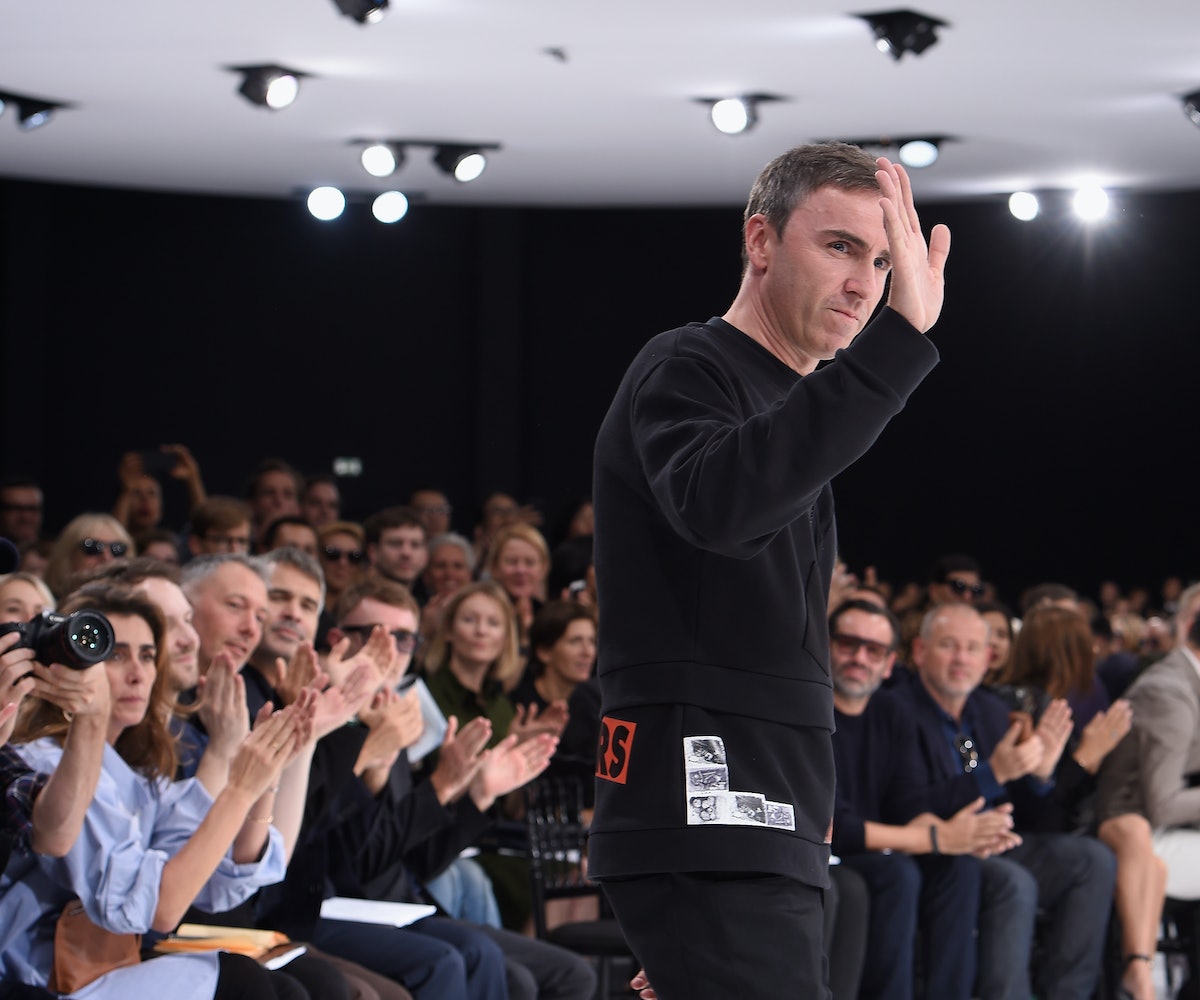 In news that has rocked the fashion world, Raf Simons has announced his departure from Christian Dior.

It’s a complete shocker that Simons would leave his title as creative director of the legendary fashion house, considering the vast success that the women’s couture collection has had since he took on the role in 2012: According to Cathy Horyn of The Cut, the brand has experienced a 60-percent increase in sales and saw an 18-percent boost in revenue, up to $1.94 billion. But having to be responsible for six annual shows could potentially be putting pressure on Simons’ creative output. While he was beyond capable of producing designs that put the perfectly modernized feel to Dior’s staples, he had to do so at an extremely quick pace—he famously pulled together his first couture show for the fashion powerhouse in eight weeks, a process that was documented in the film Dior and I.

“When you do six shows a year, there’s not enough time for the whole process,” he told Horyn. “...you have no incubation time for ideas, and incubation time is very important. When you try an idea, you look at it and think, ‘Hmm, let’s put it away for a week and think about it later.’ But that’s never possible when you have only one team working on all the collections.”

In a statement released today, Simons expressed gratitude for his opportunity, saying that his decision to leave was based on his “desire to focus on other interests in my life, including my own brand, and the passions that drive me outside of my work.” Even though it’s upsetting that Simons would leave Dior during such an impressive tenure, it’s actually quite inspiring that his commitment to his creative process and personal brand is so strong that he would opt to leave while still at the top of his game. We can’t wait to see what Simons’ has up his sleeve for his next move.