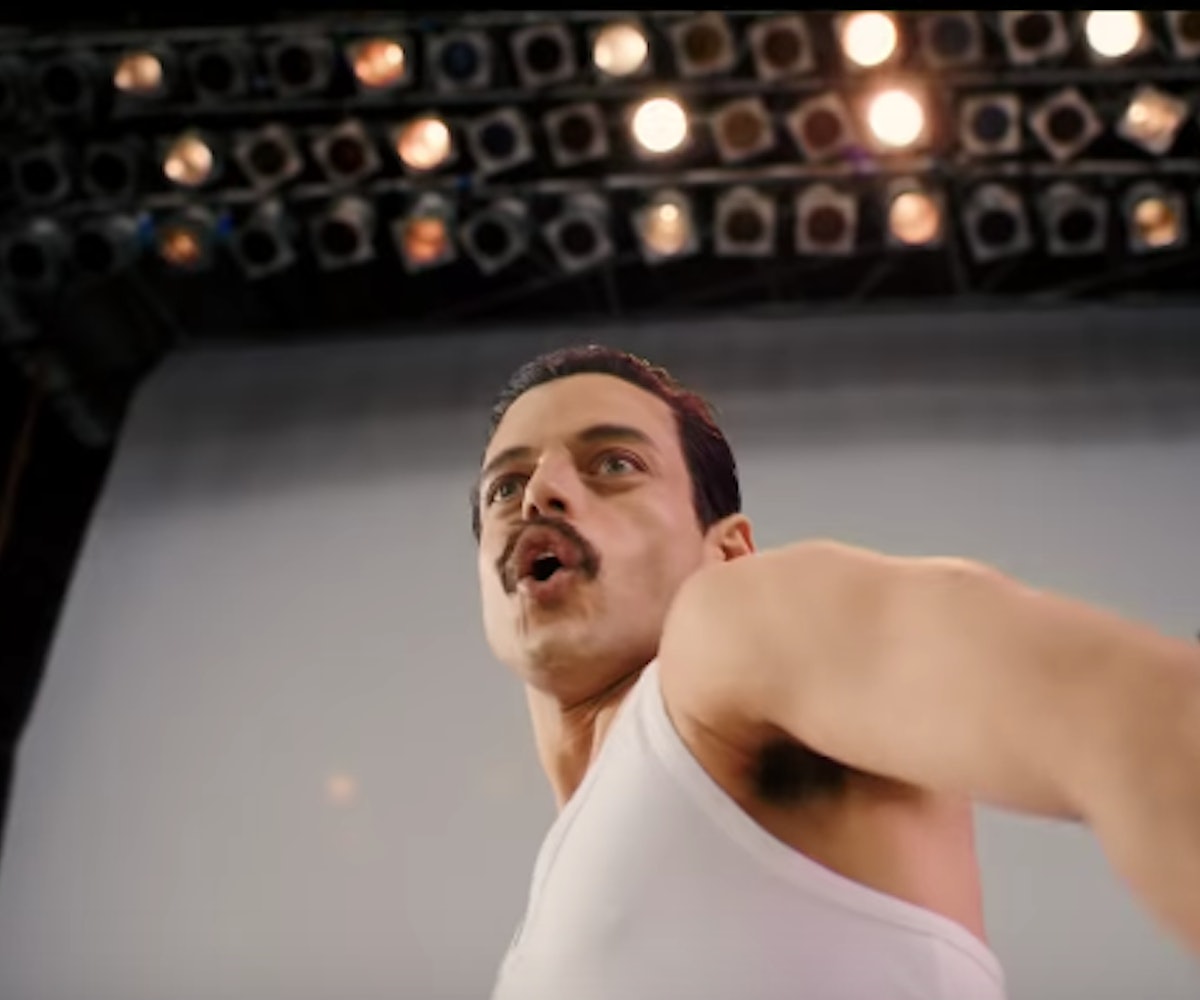 Are you ready for the second coming of Freddie Mercury? You better be, because Twentieth Century Fox just released the first trailer for its highly-anticipated Queen biopic, Bohemian Rhapsody. And if you thought that Rami Malek couldn't look any more like Mercury in the film's promotional photos, seeing him in action in the trailer will leave you speechless.

In this first look, we see short clips of the band's humble beginnings and the recording of their hit "Bohemian Rhapsody." "It goes on forever," says a record executive after hearing what would become the band's most influential track. "Six bloody minutes." “I pity your wife if you think six minutes is forever,” Freddie replies.

Bohemian Rhapsody is out in theaters on November 2. See the trailer, below.